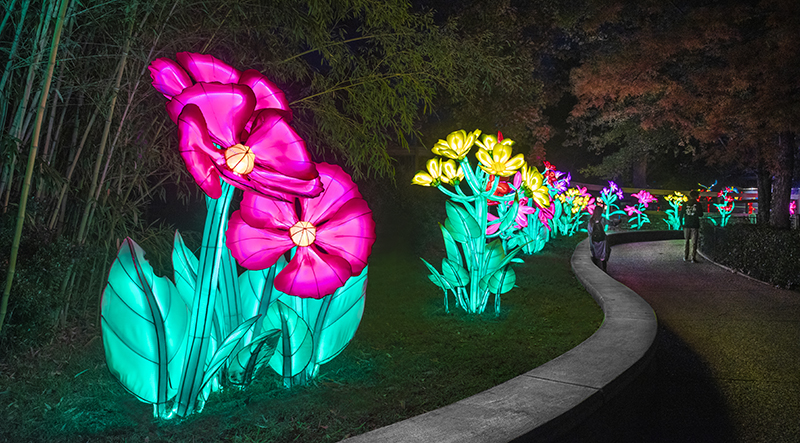 GloWILD! at the Little Rock Zoo

Coming off one of the most challenging periods in its history, the Little Rock Zoo has been reminded of just how much the community values the attraction. Not only have individual ticket and patron sales rebounded nicely from the zoo’s pandemic-related closure in 2020, but new events are now back on the calendar. The latest, and one of the more ambitious in recent memory, is GloWILD, an illuminated extravaganza that opened Nov. 4.

“This is the first time we’ve ever done something like this,” says Susan Altrui, zoo director. “We’re always looking for new and exciting events to bring to the families of Arkansas, and this idea presented itself to us after we did some research around the country.

“We visited a couple of places, one, in particular, was Louisville Zoo, who was hosting a similar style of event. We saw the success that they were having, and also saw the success of similar events in other botanical gardens and zoos, and thought that this would be something that would also have similar success in our market.”

GloWILD features more than 30 displays of various creatures, captured in intricate lantern sculptures placed throughout the zoo. Presented in partnership with Tianyu Arts and Culture, which makes the displays, the event provides a unique twist on a season of year known for lights displays. 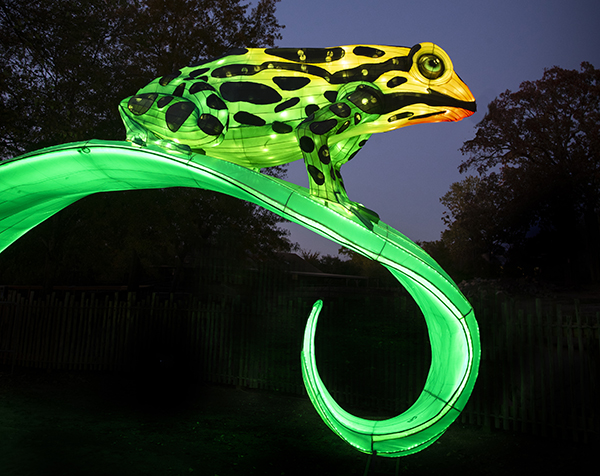 “They are a company that specializes in making Chinese lanterns, a concept of the Chinese New Year Festival based in the celebration of light,” Altrui says. “Fire used to light the lanterns, but that has been replaced with electricity, and in our case LED lights. So what you’ll see are these beautiful architectural sculptures, lit up with LED lights.

“[The display] is conservation-focused as well as animal-focused. The lanterns are large, interactive, they’re beautiful and very striking. It’s really unlike anything that anyone in Arkansas has ever seen before. Some of the displays are static, and some of them move. We have some that have some pretty cool features, like, we’ve got a crab that blows bubbles. There are also interactive pieces that make it really unique, such as in our nature play area. We’ve set up some features where kids can step on different things, and they light up and make different sounds. Those interactive elements are a lot of fun.”

Visitors to the display wind through the zoo’s pathways at their own pace to visit the various vignettes and other live features. Thus far, GloWILD has enjoyed positive reviews from patrons, Altrui says, in part due to the customized experience the zoo and Tianyu designed.

“The customization to our location is really important because you want the show to be unique to your facility,” she says. “That’s the benefit that we have with working with Tianyu; they put a lot of time and effort and energy into looking at your facility and working with you as a partner in what makes sense for your zoo.

“We got the idea for GloWILD earlier this year, and we’ve been working on it for, really, all of 2021 to execute it. [Tianyu] looked at what animals we have and reflected those animals in the display. They also looked at what might be an enhancement that would be fun for our community. For instance, we have a whole section of this show that celebrates sea creatures. Even though we don’t have an aquarium and don’t have a lot of sea animals, we thought it would be fun for our guests to be able to enjoy those and learn more about them. So, that’s something fun we were able to offer to the public through this show.”

The Arkansas Zoological Foundation and presenting sponsor, Keep Arkansas Beautiful, have made the show possible. Altrui also cites, again, the partnership with Tianyu Arts and Culture, which helped bring the event to Little Rock without breaking the zoo’s budget. The Chicago-based company is a subsidiary of Sichuan Tianyu Culture Communication Co., Ltd., headquartered in Zigong in China’s Sichuan Province.

“Tianyu Arts and Culture is world-renowned for developing, designing and making these custom larger-than-life lantern exhibitions. They host festivals around the world and are co-hosting this event with us,” she says. “They’ve been just an absolutely fantastic partner for this GloWILD event, including as a partner in the cost-share. If we were to pay for something like this, it would probably be close to a half-million-dollar investment.”

The show comes at a time of great renewal at the Little Rock Zoo. Altrui says the attraction has made a handsome comeback from the extended COVID-forced closure it experienced in 2020, decimating revenue. In 2021, attendance has bounced back to 2019 numbers, and membership sales have hit an all-time high. 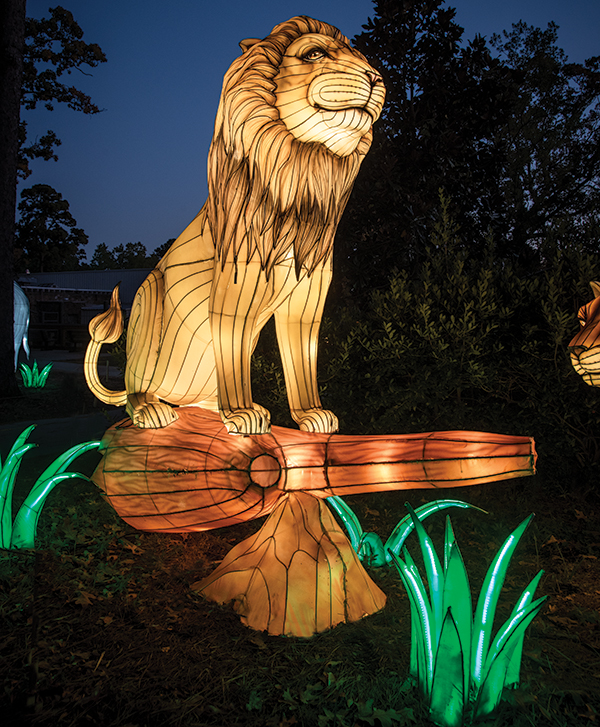 “I think a large part of that is because families are really excited about getting outside,” she says. “One of the silver linings of COVID is that we started to rediscover the outdoors as families started to understand the benefits of being outside more. So, the zoo has become a very popular outing. They’ve come back and realized the value of the zoo as an important family attraction. We are just thrilled about that and hope that continues into the next year.”

Altrui says events are likely to be an important part of the zoo’s operations well into the future, and shows like GloWILD particularly so, as it checks many of the boxes for safety as they make their way through.

“COVID has changed the event landscape for the foreseeable future,” Altrui says. “We’re always going to be looking for events that are safe, that allow for flexibility and that have a tremendous number of low-contact areas. For us, that means an event that is outdoors and allows for people to go through the different areas how they choose to go through them, where you stay on a pathway and continue walking as you feel comfortable.

“I think when you have an event where people can get out of crowds and spread out, that’s very important, and that’s what this event offers. It’s incredibly important to people, and it’s what we will continue to look for now and for the foreseeable future.”

GloWILD is open selected nights Sunday through Thursday from 5 p.m. to 9 p.m., and every Friday and Saturday night between 5 p.m. and 10 p.m. through Jan. 15. The display is closed Christmas Eve and Christmas Day. Tickets are $17 for members and $20 for the general public; kids under age 3 are free, as is parking during the event. Tickets may be purchased at the door or in advance online at littlerockzoo.com/extra-fun/glowild.