Light Up the Night: The Arkansas Chinese Lantern Festival 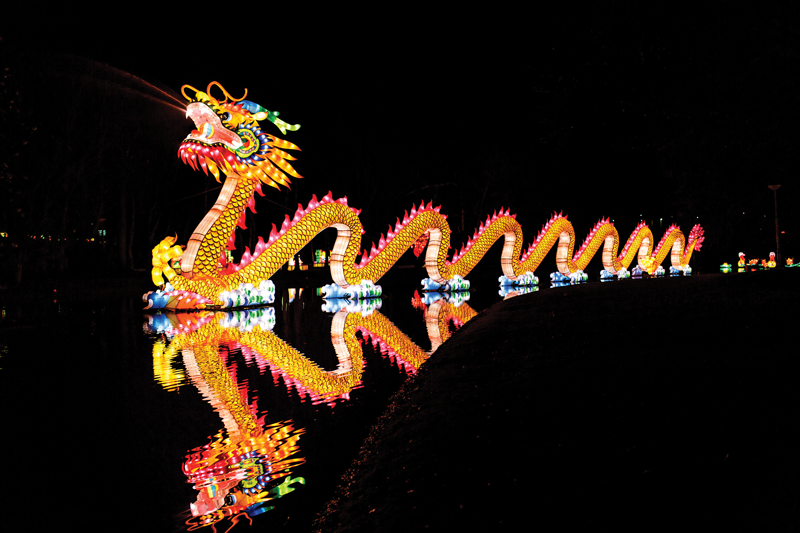 These whimsical lanterns are created by dozens of Chinese artisans who travel around the world, says Chinese Lantern Festival Event Manager Huiyuan Liu.

The lanterns are made of metal frames and are covered with fabric in different colors. LED lights are scattered throughout the inside of the lanterns.

“Many of [the lanterns] are larger-than-life-size,” says Liu. “So, for example, we have a dragon that is about 200 feet long and three stories high. The head of the dragon itself is about 600 pounds.”

The festival will feature more than 30 sets of lanterns.

“It’s a cultural experience and a family-fun event for people of all ages,” Liu says.

The festival is similar to a carnival, but it also provides a cultural experience for attendees. Its history stretches over 2,000 years.

“It has been going on in China for a couple of decades. Two years ago we started doing this in the U.S.,” she says. 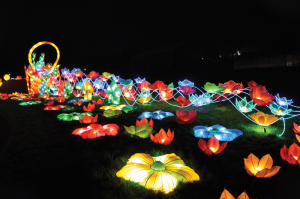 “People will be able to learn about a different culture without just sitting in front of a desk,” Liu says. “This is something people have never seen here before. It’s entertaining and fun, and on the other side, it’s educational.”

For Liu, the most rewarding part of the festival is opening day.

“We see a line of people in front of the ticket booth or [we] see a huge crowd watching the stage for a show, then you’re like ‘Oh my God what have I done?’… People like to come and appreciate what you’ve done.”

In addition to the lantern displays, each night of the festival Chinese entertainers will stage performances that help keep many traditions alive. Throughout the festival, nightly performances include a Sichuan Opera, catching bowls on a balance board, vase manipulation, plate spinning and traditional folk dance.

Chinese handicraft artisans will show another aspect of the culture. The artisans will showcase their work and teach festivalgoers how to make traditional Chinese crafts such as name painting and aluminum wire weaving.

Liu started working with Tianyu Arts & Culture, Inc., the company behind the festival, two years ago.

“Before that I was living in Beijing,” Liu says. “My high school friend was working for the company at the time and she told me about it. I loved the traveling part because it’s here and there. I jumped right in because of that.”

She has been to U.S. locations such as New Orleans, Virginia, Milwaukee, Nashville and many more.

“With this job, I get to go to many different places where I would normally not go,” she says. “We have this kind of festival in Europe and Australia as well. The traveling part is really fun.”

Sometimes it can be difficult to open a show in a city for the first time because members of the festival team are not natives of that city, Liu says. “You have to take care of music, sound, light, how many bathrooms you need, parking… and we’re from another country.”

Liu says one of the most challenging parts of the festival is that the festival team has to bring over a group of artisans from China who don’t speak English or eat American food.

“We have to bring a chef to travel with us and set up an onsite kitchen,” she says. “We have to go to different supermarkets to get the ingredients.”