Lisa Fischer: The Next Chapter 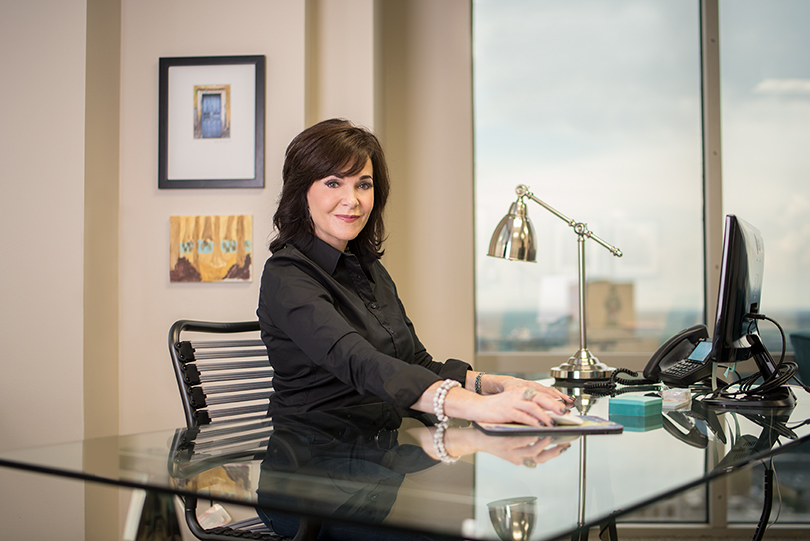 It all started her freshman year in high school when she was on the high school newspaper staff. That was a natural segue to her senior year, when she was named editor. Lisa Fischer has always liked to communicate through the written word. The spoken word is where she might be best known, but it’s her love for the tap-tap-tap of the keyboard that has been most gratifying, she says.

In college at the University of Arkansas, she served as the features editor of the yearbook, The Razorback. And of course, as a journalism major, there was that copy-editing class – the course, where, if one made an ‘A,’ the instructor, a former managing editor of the Arkansas Gazette, guaranteed the student a job after college. Fischer made the only ‘A’ in the class. And that helped her realize that being a stickler for grammar was something only die-hard journalists appreciated.

But a crazy thing happened on the way to college graduation. She thought she would try her hand at broadcasting. Fischer sent out resumes with her limited on-camera experience, yet plenty of bravado, and she got hired at KATV in Little Rock as a desk-assistant. Or as Fischer likes to say, “a glorified coffee-getter.”

Fischer spent nearly a year there when an unexpected downturn in the television business forced a layoff of several employees at KATV. She was the last one hired, which meant she was the first one fired. A girl with ten months of broadcast experience does not make an Emmy-winning reporter. So what did she do next? She fired up the typewriter (it was 1986, after all) and sent out resumes.

Fischer was looking for any way to communicate when KARN, then only an AM signal, asked if she would host a radio talk show in the afternoons. This was before cellphones and their FM signal. She jumped at the chance to sit alone in a room and talk to herself. The average listener was a 42-year old male. She was 23. It wasn’t your match made in heaven, but according to Fischer, she learned a little about herself and a lot about broadcasting. At the same time, she was offered to host Dialing for Dollars on KARK-TV. She would go to the radio station in the mornings, over to Channel 4 for the noon show, and be back at KARN for her 1 p.m. show.  She did that grind every day for two years until she was let go from KARN. Broadcasting can be a cruel teacher.

In the meantime, Fischer, who was Lisa Gibson at the time, met the man of her dreams. Kris Fischer swept her off her size 10s, and they married in 1988 and began having children five years later. Fischer might have said she was retiring from broadcast to raise and homeschool her three children, but all the while she was writing newsletters and freelancing as a television commercial spokesman. She came out of her retirement in 2006 when B98.5 asked her to fill in “for a few days.” The job outlasted all the ones before it put together. Fischer was there until June 22, when she felt it was time to hang up her microphone for its daily demands and work at B98.5 on an as-needed basis as an on-air contributor.

Now, Fischer has joined forces with AY Magazine as a regular contributor and says she loves writing for the state’s largest lifestyle magazine. “It’s another chance to tell people the great things happening in Arkansas,” she says. “I like to share about the people, the food, or what is going on.”

Fischer says social media is a great resource for people like her, she calls, “the perpetually nosy.” It’s not an IBM Selectric typewriter anymore, but the keyboard strokes still make her giddy.