Every Monday, I publish a recipe on aymag.com for all to join in on my indulgence of the week. No particular cuisine type. Just whatever I am feeling or has been referred by friends and family. There is one common denominator, however — they are all simple enough for anyone to enjoy. Here are some of my favorites from the past month. 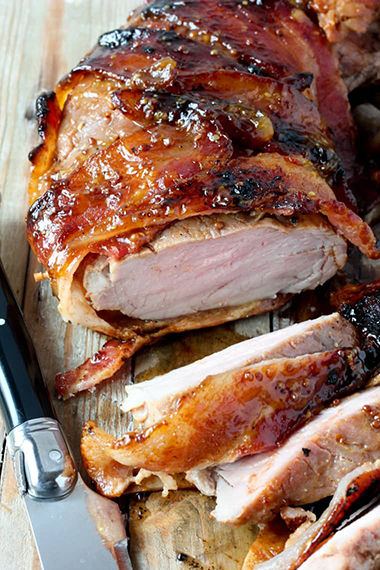 Arrange a rack in the middle of the oven and heat to 350°F. Using a sharp knife, remove the silverskin (the silvery-white connective tissue running along the top) from the pork tenderloin. Pat the tenderloin dry with paper towels and set aside. Combine the brown sugar, salt, paprika, and cayenne in a small bowl. Rub all of the mixture into the pork tenderloin. Wrap the tenderloin with the strips of bacon, securing along the sides with toothpicks. Heat the oil in a large cast-iron skillet, or another oven-proof skillet, over medium-high heat until shimmering. Add the bacon-wrapped tenderloin and sear undisturbed until deep caramel brown, 6 to 8 minutes. Flip the tenderloin and sear until the other side is browned. Mix the chutney and mustard in a small bowl and brush generously over the top of the tenderloin. Transfer the skillet to the oven and cook the tenderloin until the center registers 140°F, 10 to 14 minutes. Remove from the oven, loosely tent with aluminum foil, and set aside to rest for 10 to 15 minutes to allow the tenderloin to finish cooking and for the juices to redistribute into the meat. Remove the toothpicks and cut crosswise into 1/4- to 1/2-inch thick slices. Serve with any leftover chutney on the side. 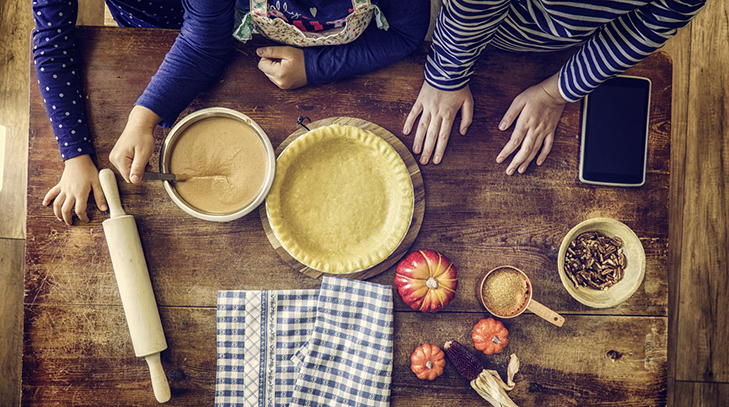 Beat the pumpkin, eggs, evaporated milk, sugar, cinnamon, ginger and nutmeg in a mixing bowl. Pour into a greased 9 by 13-inch cake pan. Sprinkle the dry cake mix evenly over the top. Pour the butter evenly over the cake mix and sprinkle with the pecans. Bake at 350 degrees for 1 hour. Remove to a wire rack to cool completely. Cut into squares and garnish with whipped cream. 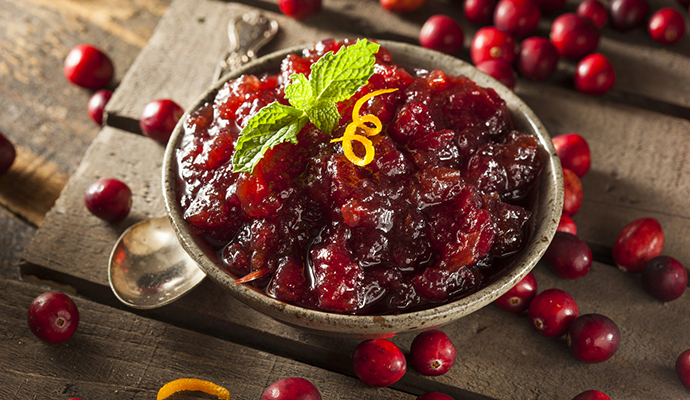 Cranberry Sauce with Marmalade and Cinnamon

1 cinnamon stick, broken in half

Combine first 3 ingredients in medium saucepan. Stir over medium-high heat until mixture comes to boil. Mix in cranberries; return to boil. Reduce heat to medium; simmer until berries burst and sauce thickens slightly, stirring occasionally, about 5 minutes. Transfer sauce to medium bowl; cool completely. Mix in parsley and season with pepper. (Can be made 3 days ahead. Cover and chill.) 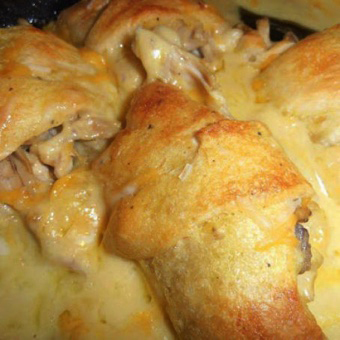 Place chicken in a pot and cover with water, bring to a boil, reduce the heat to medium and cook till chicken is cooked through. Remove chicken (save broth). When cooled enough to handle, remove the chicken from the bone and shred, set aside. Whisk together the soup, broth, milk, flour, salt, and pepper. Unroll the crescent dough and separate into triangles. Place a little cheese over the dough and at the larger end place a good heaping of the chicken. Roll up and place in a 9X13 casserole dish. Repeat with remaining. Once all are in the dish, pour the soup mix around each one and then drizzle a little over the tops (not too much). Bake in a 375-degree oven for 25 minutes, remove and top with a little more cheese and return to the oven for 5 minutes. Let sit for a couple of minutes before serving. The soup mixture will thicken up like a gravy.