July 5, 2016 (Little Rock, AR) – A group of state and local leaders are working together to nominate multiple civil rights landmarks across the southern United States to be considered for World Heritage status from UNESCO (United Nations Educational, Scientific and Cultural Organization). Churches, schools, museums, a bus station and an iconic bridge will be reviewed for consideration, including Little Rock Central High School National Historic Site.

The goal is to have all of the sites reviewed for a group or “serial” nomination to UNESCO. The Little Rock Convention & Visitors Bureau, Arkansas Department of Parks and Tourism, and several other organizations are working together on the nomination, including the Alabama Tourism Department and the City of Birmingham. 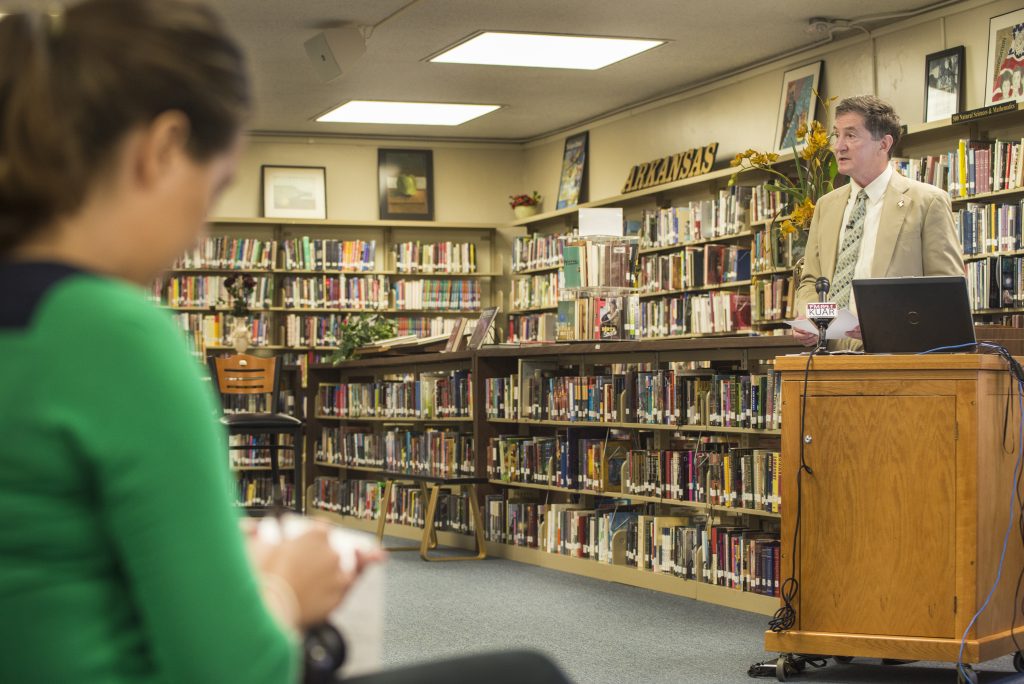 Georgia State University professor, Dr. Glenn Eskew, will host a workshop later this year or early 2017 to explain the nomination process and criteria to representatives of potential properties.

Eskew contributed to the proposal that led the Department of Interior to place three churches in Alabama on a “tentative list” for World Heritage Sites status in 2008.

In the U.S., property owners or their representatives prepare applications with guidance from the Department of the Interior’s National Park Service. The Department approves final nominations and forwards them to the World Heritage Committee.

Some 1,000 cultural and scenic places worldwide have the World Heritage designation, with 80 percent being “cultural” or man-made. These include Britain’s Stonehenge, the Pyramids of Giza in Egypt, the Great Wall of China, Petra in Jordan, and Ephesus in Turkey.

Of the 1,000, fewer than 20 man-made sites are in the U.S. Among these are the Statue of Liberty in New York harbor, Independence Hall in Philadelphia, and Thomas Jefferson’s Monticello and his original campus of the University of Virginia. The Alamo and four other San Antonio missions received the designation in 2015.

The Interior department last year nominated a group of 10 homes and other structures designed by architect Frank Lloyd Wright. The World Heritage Committee consider the nomination of the Wright group or “serial” nomination, along with 28 applications from other countries when the group meets in Istanbul, Turkey July 10-20, 2016.

UNESCO seeks to encourage protection and preservation of cultural and natural heritage around the world considered to be of outstanding value to humanity. This is embodied in an international treaty called the Convention concerning the Protection of the World Cultural and Natural Heritage, adopted by UNESCO in 1972.

Backgrounder on the Civil Rights sites being considered:

The airfield in Tuskegee where black pilots broke the racial barrier during World War II is the earliest site proposed for consideration. Others include the North Carolina store where “sit-ins” integrated public accommodations, a Greyhound bus station where “Freedom Riders” were attacked for integrating transportation facilities, and the Mississippi home where black activist Medgar Evers was assassinated.

The Topeka elementary school that the U.S. Supreme Court ruled unconstitutionally segregated in 1954 and Little Rock Central High School where three years later “the Little Rock Nine” tested enforcement of the court decision are also on the list.

Five legendary churches anchor the program, including the church where the Rev. Martin Luther King Jr. planned the Montgomery bus boycott, and his father’s Atlanta church where King is buried. A Birmingham church that racists bombed, killing four girls, and less well-known churches led by pastors Fred Shuttlesworth in Birmingham and Ralph Abernathy in Atlanta are under review.

King figured prominently in other episodes, including the March on Washington with his “I Have a Dream” speech at the Lincoln Memorial, the Selma voting rights marches, and the Lorraine Motel in Memphis where a stalker killed King in 1968 with a single rifle shot, essentially bringing the civil rights era to a close.

Most sites have been previously certified as historic sites, historic landmarks, national parks, or a similar designation, with some sites more widely recognized than others. The list may change as researchers analyze the condition and sustainability of these and other sites, in accordance with the UNESCO guidelines.

Built in 1927 as Little Rock Senior High School, Central was named “America’s Most Beautiful High School” by the American Institute of Architects. Designed as a mix of Art Deco and Collegiate Gothic architectural styles, the building is two city blocks long and includes 150,000 square feet of floor space.

In 1953 the school’s name was changed to Little Rock Central High School, in anticipation of construction of a new high school for white students, Hall High School in Pulaski Heights.

The nation watched the Little Rock Nine story unfold as nine black students attempted to enter the previously all-white school. With the help of television news, then in its infancy, the events commanded worldwide attention. Little Rock came to symbolize the federal government’s commitment to eliminating separate systems of education for blacks and whites.

In 1998, President William Jefferson Clinton signed legislation designating the school and visitor center across the street as a National Historic Site to “preserve, protect, and interpret for the benefit, education, and inspiration of present and future generations…its role in the integration of public schools and the development of the Civil Rights movement in the United States.” Today, Central High is the only operating high school in the nation to receive such designation—and it is an historic site that includes not only a past, but a present and a future as well—in the form of an ever-evolving student body.

Little Rock Central High School National Historic Site is one of the most-visited Little Rock landmarks. Nearly 126,000 people toured the site in 2015, and more than 42,000 have visited this year to-date (as of May 2016).

LRCVB Mission – The Little Rock Convention & Visitors Bureau (LRCVB) is the official destination marketing organization of Little Rock. LRCVB is charged with improving the quality of life and the local economy by bringing visitors, meetings, conventions and events to the city; and serving customers, visitors and delegates with courtesy, knowledge and skill. For more information, visit www.LittleRock.com or call (501) 376-4781.

The Arkansas Department of Parks and Tourism is charged, both by law and by policy of the State Parks, Recreation and Travel Commission, with increasing tourism to the state. For more information, visit www.Arkansas.com or call (501) 682-7777.