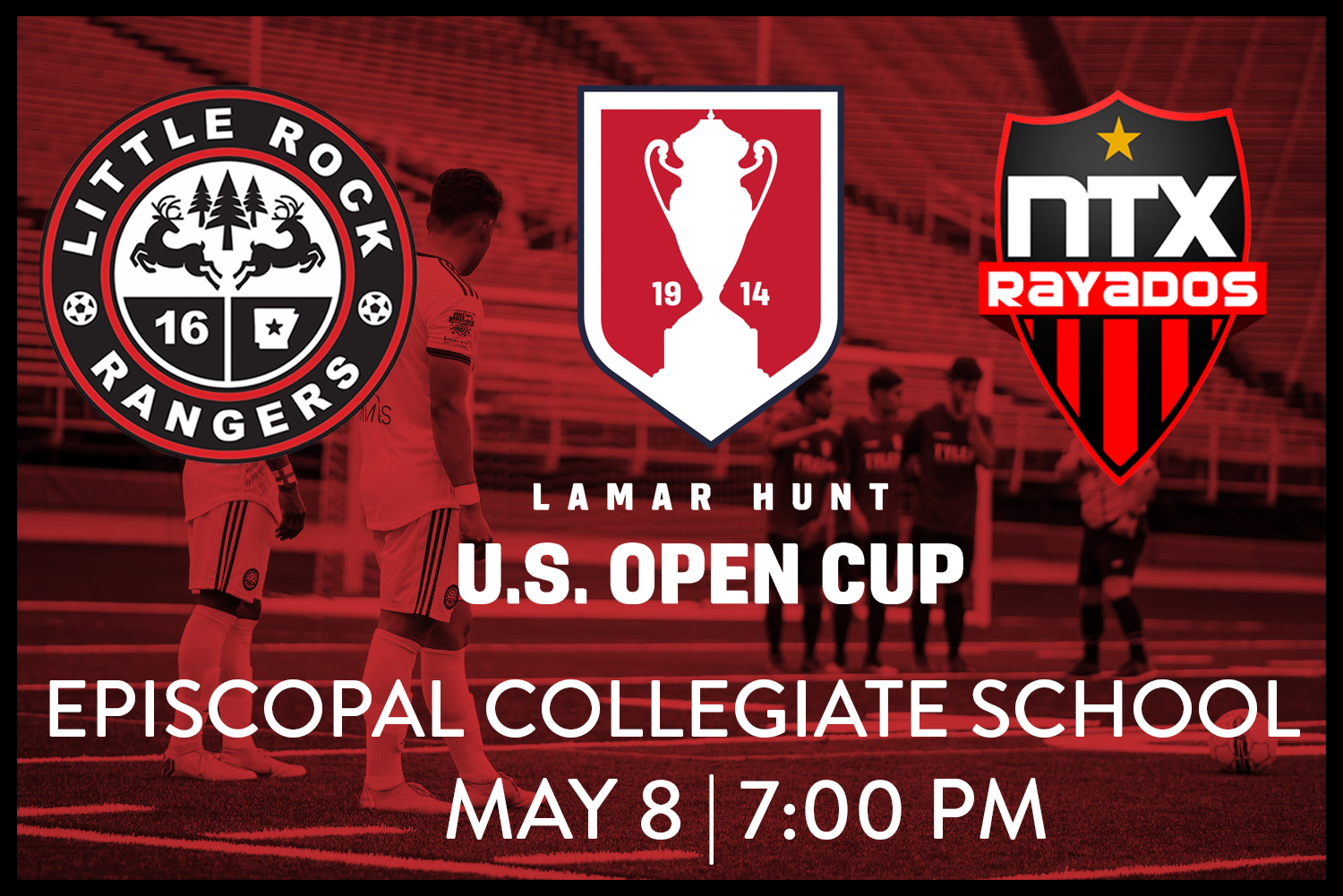 If you felt a particular uproar of excitement around the capital city on Wednesday afternoon, there was a good reason for it. The Little Rock Rangers learned their fate in the 2019 U.S. Open Cup after U.S. Soccer announced the draw for the First-Round games which are set to be played May 7-8.

Just four months after learning the Rangers would make history by becoming the first team from Arkansas to qualify for this prestigious tournament, the club found out they had been selected to host their First-Round match up at home. “Personally, it is an achievement that you can always look back on and know that you were part of it,”Nicholas Doyle, Rangers’ veteran defender and captain, explains. “But what’s of greater significance is the fact that we were the first to do it, and that we get to be part of history. That is what is spurring most of us on and why we are all so excited.”

Due to failing to meet field relegations made by U.S. Soccer, the Rangers will not be able to play in their home stadium at War Memorial, as the field is turf and too narrow. There had been discussions with moving the game to the University of Central Arkansas in Conway, however, the Rangers confirmed they will be playing this game in Little Rock. “The priority to keep the game in Little Rock was an important one for us and the organization,” Jonathan Wardlaw, founder of the Little Rock Rangers explains. “In order to host this game, we needed to meet several guidelines including playing on real grass which ruled out quite a few options for us. Episcopal Collegiate School ended up being the best possible option on several levels and we are extremely grateful for them allowing us to use their field.” 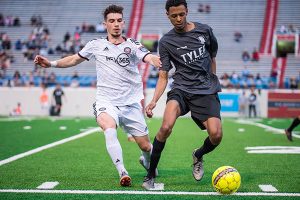 Episcopal Collegiate School is less than five miles from War Memorial Stadium which created the perfect scenario for both fans and players. “Securing a home game was crucial because we have the best fan base in the NPSL and we won’t have to travel anywhere unfamiliar,” Ben Watson, returning defender for the Rangers, explains.

Season Passes will be good for this game and the single game ticket prices will be the same as when played in War Memorial. The merchandsie stand will also be set up for the game like any other Rangers home game. The only difference looks to be the absence of the food trucks, however ECS will have concessions open throughout the game.

The Rangers will be taking on NTX Rayados, a team out of North Texas who is no stranger to the U.S. Open Cup. The Rayados qualified for the Cup a record eight years in row after beating Maritsa FC out St. Louis 5-0 earlier this month.

The Rayados had a successful run in last year’s Cup as they made it through to the Fourth Round before being defeated by the MLS club, Houston Dynamo, who later went on to become the 2018 U.S. Open Cup Champions. One may believe going up against a team of this caliber and the magnitude of this game would put pressure on the players, however according to captain Nick Doyle, the focus will be on themselves and their own performance over the success of their opponent. “They are a good team no doubt and we will pay them their due respects, but we will be focusing mainly on what we can do as a team to be successful on the day,” Doyle says.

This isn’t the first time the Rangers have been matched up with an opponent who had a pretty significant success story behind them. “We played some high-level competition last season,” Trevor Reed, Rangers center mid, explains. “We know what level it takes to win these types of games and are excited to get the opportunity.”

Last season the Rangers traveled to Wichita as they took down the reigning Heartland Conference Champs for the title before going back on the road to defeat the No. 1 Ranked and Undefeated Laredo Heat which landed them in the Regional Semi Finals in Miami. 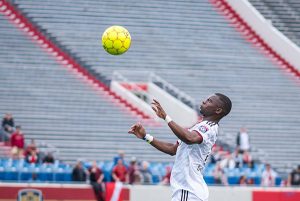 With nearly the entire squad returning this season the confidence throughout the locker room has impacted the new players. As for new Ranger, Julio Martins, he is confident his experience playing overseas, being on three different championship teams and playing at the PDL/USLD2 level with Memphis 901, has given him the skills and maturity to step up and continue the success his teammates started. “I do not feel nervous,” the Brazilian midfielder says.“I would say I feel anxious and excited for this game because I know how important this achievement is for the city, fans and organization,” Martins added. “I am just thankful to be a part of something this big.”

The team’s mentality is not the only part of what’s needed to get the job done in the First-Round. Little Rock will need their fans to show up big to create the atmosphere the players know and love. “Seeing the fans cheering, getting loud, and screaming our names, always pleases us and motivates us to leave it all on the pitch,” Donald Benamna, Rangers returning winger, explains. “They’ve always push us through it all and we’ll definitely need them to bring it on for us and be as loud as they can be.” 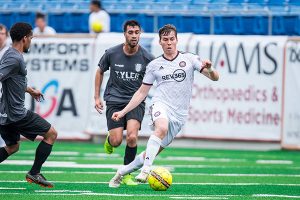 Head Coach Will Montgomery also expressed his gratitude for the fans and understands the magnitude of the opportunity to have this game in Little Rock. “This is a tremendous opportunity to host the first ever U.S. Open Cup game in the state of Arkansas and to play in front of our supporters and family,” Montgomery says. “We are very thankful for so many that supported us along our journey to now.  So, this is the best game to give back to them.”

The game will kick off at 7 p.m. on Wednesday, May 8. Those unable to attend will be able to watch on ESPN+.