Little Rock to Light Bridges in Support of Ukraine 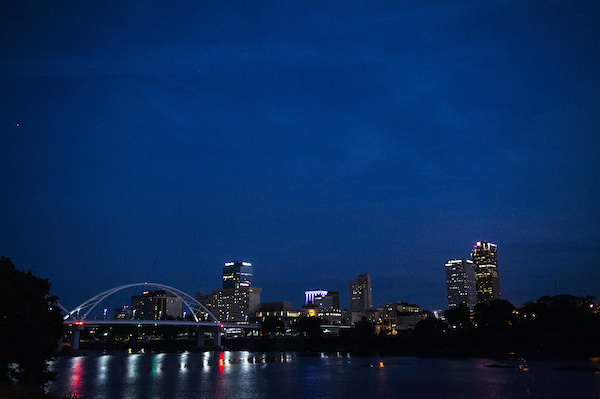 The city of Little Rock will light its bridges in blue and yellow this weekend in support of Ukraine.

Little Rock Mayor Frank Scott Jr. announced the decision Friday, saying that it was a demonstration of “solidarity” with the country, which is under attack from Russia.

#LittleRock, we will light our bridges blue and yellow tonight through Sunday to demonstrate support and stand in solidarity with Ukraine 🇺🇦.

According to the mayor’s statement, the bridges will remain lit from Friday through Sunday.

Arkansas Gov. Asa Hutchinson has also released comments supporting Ukraine, saying earlier this week, “An invasion of a sovereign nation cannot stand uncontested. I hope you’ll join me tonight in praying for the people of Ukraine and for a unified allied response.”