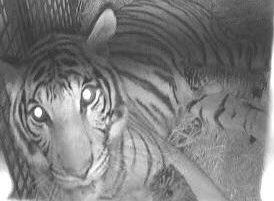 The Little Rock Zoo announced the birth of three Malayan tiger cubs early on the morning of Aug. 13. The birth is a significant addition to the conservation of the species.

Asmara, an eight year old tiger also born at the Little Rock Zoo, gave birth to the cubs in an indoor denning area prepared for her by zoo staff. Mom and her cubs are doing well, and the group will stay indoors for a few months while she tends to them. Guests can still see the cubs’ father, Jaya, in the outdoor tiger habitat.

The birth of the cubs comes at the recommendation of the Malayan Tiger Species Survival Plan (SSP). Malayan tigers are one of the most critically endangered animals in the world, with less than 200 estimated to be living in the wild.

There were only 52 Malayan tigers living in zoos accredited by the Association of Zoos and Aquariums (AZA) before the birth of Asmara’s three cubs.

With more than 200 accredited members including the Little Rock Zoo, the AZA is a leader in global wildlife conservation.

More information about AZA is available on its website.