We Like Big (Pregnancy) Bumps and We Cannot Lie: LR Zoo’s Rhinoceros Expecting 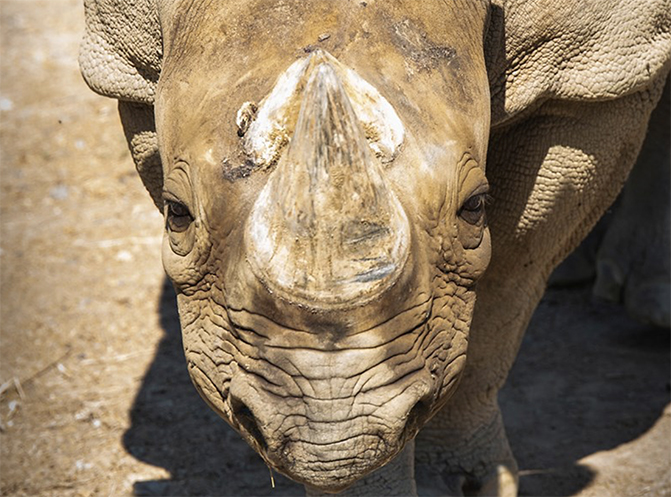 Andazi, the Little Rock Zoo’s 15-year-old rhinoceros, is pregnant for a second time. Her baby rhino’s due date is expected to be in November 2021.

This is the lucky father, Johari’s first child, and much to the enjoyment of the rhinoceros family and the zoo family, the pregnancy is progressing well.

Andazi and Jahari are both Eastern black rhinos, a smaller type of the rhino species. The average weight of an Easter black rhino calf is between 50 and 100 pounds upon birth. These rhinos are distinguishable by their prehensile upper lip which can grasp like a human finger. This feature allows the rhinos to eat a variety of food in comparison to other species of rhinos that are grazers.

This species of rhinoceros is unfortunately endangered due to poachers in the wild seeking out their horns. The population has declined by 90 percent in the last three generations with an estimate of less than 800 remaining in the wild.

The soon-to-be family of three offer a glimpse of hope for the future of the species.