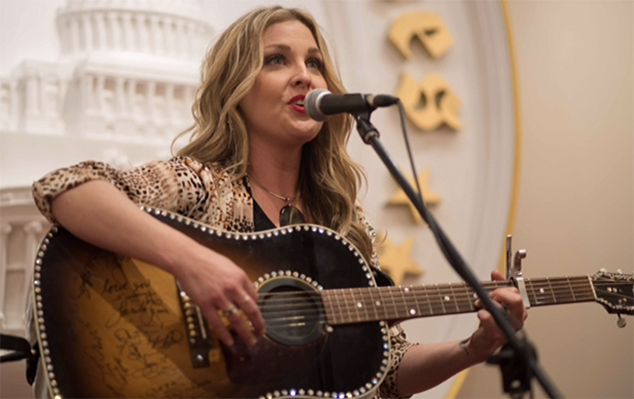 AY About You Magazine has your complete guide to Arkansas’ music scene. This weekend, go see Aaron Lee Tasjan, the Johnny Cash Heritage Festival and more.

One of Central Arkansas’ premier party bands, The Big Dam Horns, is bringing its big brass to some of your favorite hits.  The dance floor will be rockin’ tonight.

The Drummerboy Infinity crew is at it again with another one of their tribute shows to the legendary artists we love.  Tonight Charlie Askew, backed by some of Central Arkansas’ most talented musicians and singers, takes the stage to bring you the music of Sting and The Police.

The buzz around this show has been incredible as Aaron Lee Tasjan makes his highly anticipated return to the White Water Tavern for a special early Sunday night show for the final stop on his “Reincarnated” solo tour.” Aaron Lee Tasjan is a East Nashville singer-songwriter that defies genre classification, and this solo show is no exception as he puts a new spin on his critically acclaimed 2018 release “Karma For Cheep.”

If you were at the Hillberry Festival last weekend you already know about this guy.   He’s been called the sleeper hit of the festival as he wowed the crowd sitting in with Billy Strings and pretty much everyone else, along with putting on a killer set with his own band; now they’re coming to Four Quarter for a special Sunday night FREE show not to be missed. Don’t blink – his picking is lighting.

The Rios bring their one-of-a-kind combination of rock and soul to Maxine’s for two extended sets to keep the party going into the night.

This will be a night of classic rock & roll from Conway’s The Resistance and the rock & roll road warriors from Little Rock, DeFrance.

Come check out some Delta blues rock from this Joplin, MO band.

This would be worth a road trip as Tulsa-based Americana/folk, multi-instrumentalist, singer-songwriter John Calvin Abney returns to The Meteor in support of his recently released album “Safe Passage.” Local singer songwriter Jamie Lou Connolly will open the show.