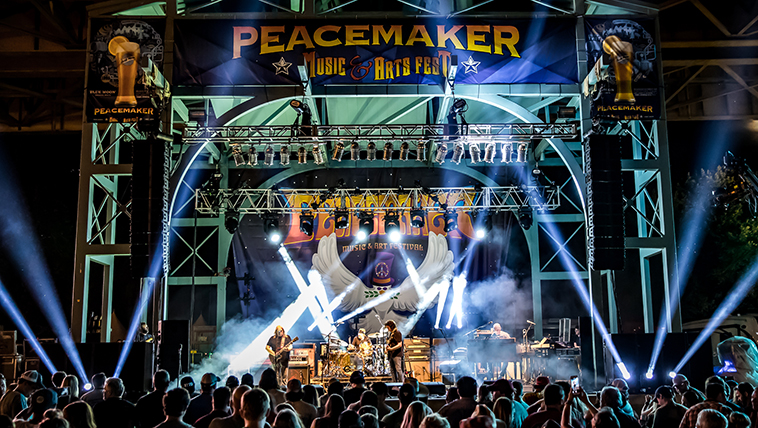 Sarah Woolf of Follow the Woolf has your guide to Arkansas’ music scene. This week, go see Weezer, Pentatonix and other great artists.

Thursday 7/26
Mountain Sprout / George’s Majestic Lounge – 519 Dickson St./ 8-12/ $8 advance $10 day of show.
Those rowdy fellas from the hills come back to George’s for a night of psychobilly hillbilly bluegrass.  Grab all your rowdy friends and come out for a night of great music from one of Arkansas favorite one of a kind bands. Tickets.
Saturday 7/28
Randall Shreve and the DeVilles / George’s / 9-12 / $12, advance $15, day of
Come on out as Fayetteville’s own Randall Shreve and the DeVilles bring their Vaudeville Rock n’ Roll show to George’s for a special full stage show with all the additional entertainers.  You don’t want to miss this. Tickets.

Saturday 7/28
Dazz & Brie / Depot Park, 320 W. C St / 7-10/ Free
Little Rock’s Rock & Roll Soul R&B powerhouse duo and their band The Emotionals come to Russellville for the Music Downtown at Sundown July concert series. Joined by Hannah Blaylock this will be a great summer night under the stars while watching some up and coming Arkansas stars.

Saturday 7/28
Slayful Saturday / Cregeens Downtown – 201 South Main / 9-2 / $5 21+ $10 under 21 CASH
Come join NEA Drag as they SLAY Cregeens Downtown with a night of drag and an art show by local artist Darrian Deshawn. Sets at the top of every hour.