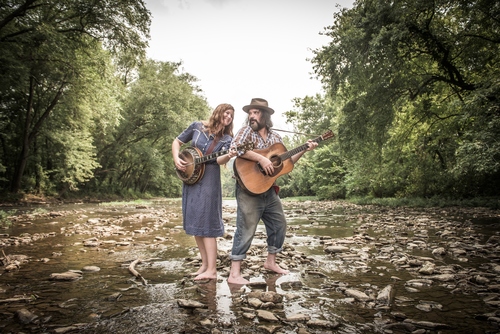 Sarah Woolf of Follow the Woolf has your guide to Arkansas’ music scene. This week, go see Kenny Chesney, The Creek Rocks and other great artists.

Formed in 1955 in Newport, Arkansas and then signed to the legendary Sun Records the band had a string of hits: “Red Headed Woman,” “We Wanna Boogie,” “Thunderbird,” “My Bucket’s Got a Hole in It,” “Sadie’s Back in Town” and more. The Pacers, led by the late Sonny Burgess, were some of the pioneers of rock ‘n’ roll, touring with legends like Johnny Cash, Roy Orbison, Elvis and more.  Now even after Sonny’s passing, the Pacers continue to play the music they helped define and invent: good old ’50s rock ‘n’ roll. So put on your dancin’ shoes for a special night with the Legendary Pacers. (To reserve a table, call 501-244-9660.)

The White Water is so excited to welcome back Adia Victoria. This Nashville-based blues artist adds elements of rock, afro punk and country for an unforgettable sound. Vogue highlighted her as one of “5 Beauties Who Answer to Afropunk’s Rebellious Call.” Rolling Stone featured her as one of the “10 new artist you need to know.” Come find out why, and why all those who were at her last SOLD OUT show can’t wait to see her again. Little Rock’s one and only Joshua Asante opens the show at 9 p.m. sharp. Get your advanced tickets at www.lastchancerecords.us/adia-victoria-at-the-white-water-tavern-07-12-tickets/

Part of Second Friday Art Night, The Old State House Museum will host Nashville recording artist and Arkansas native Erin Enderlin on the second floor of the museum. Erin was recently named to the CMT Next Women of Country Class of 2018, and won Songwriter of the Year and Album of the Year for her fabulous album Whiskeytown Crier at the 2018 Arkansas Country Music Awards. What a great place to enjoy this great up and coming artist from Arkansas.

Memphis comes to Little Rock! 12-year veteran of the Memphis music scene John Paul Keith has made a name for himself as a singer, songwriter and one of the best rock ‘n’ roll guitarists; with four critically acclaimed solo albums, a guest appearance on the tribute album Red Hot: A Memphis Celebration of Sun Records, session work at places like Sun Studio, tours of the U.S. and Europe, and the country/rockabilly duo Motel Mirrors with songwriter Amy LaVere. Come hear this very talented, Memphis through and through, rock ‘n’ roll guitar man: http://johnpaulkeith.net Opening the show, and playing bass with John Paul, is Memphis singer songwriter Mark Edgar Stuart, whose debut was praised as “Record of the Year” by the Memphis Flyer. You’ll want to be on time to catch this talented songwriter. www.markedgarstuart.com

Relive, remake and remix it live. The R&B soul sounds of Little Rock’s own Genine LaTrice Perez and her band The Sound return to South on Main for an All-White Affair. Get ready to relive old times, remake the chill vibes, and remix the sound of some of your favorite music. This show is headed for a sellout, so get there early or text ALL WHITE to 501-232-3702 to reserve your VIP for $20.

The Ozarks come to the White Water. This folk group is led by banjoist Cindy Woolf (this writer’s sister) and guitarist Mark Bilyeu. Their debut album Wolf Hunter is a collection of 16 folk songs from the collections of folklorist Max Hunter from Mark’s hometown of Springfield, Missouri and John Quincey Wolf of Cindy’s hometown, Batesville, Arkansas. The album has received critical acclaim, including the cover of the September 2017 issue of Acoustic Guitar Magazine, along with a feature article. Mark also appeared in the March 2014 issue of Flatpicking Guitar Magazine. Come hear this one-of-a-kind group as they sing the songs from not that long ago. www.thecreekrocks.com Opening the show are The Buffalo Gals, a new duo from Melissa Carper (The Carper Family, Sad Daddy) and Rebecca Patek (Sad Daddy).

’90s hip hop star Keith Thornton, aka Kool Keith, Big Willie Smith, Dr. Octagon, Dr. Dooom, Tashan Dorrsett, among other personas, come to the Chicken Shack for a one night only do not miss show. His bio reads as a critical chapter in Hip Hop 101. https://www.facebook.com/therealkoolkeith Get your tickets early at www.arkansaslivemusic.com for this show your friends will be talking about for years to come.

Sometimes just word on the street can get you to a show and the talk surrounding this show is a prime example. This indie pop Little Rock duo gives a description you can visualize “overalls and electric pianos.” For a listen, check out www.songsbyjoan.com. Opening the show will be The Band Camino from Memphis, Tennessee http://thebandcamino.com , and Phangs from Nashville, Tennessee http://thisisphangs.com.  This is an all-ages show.

Come on out and see this FREE rock ‘n’ roll show from Central Arkansas Lake of Fire. Lovers of Jefferson Airplane, Deep Purple, the Moody Blues and a hint of Black Sabbath. Check them out: https://youtu.be/Xw-LrOKxh8A

Come on down for a night of “Righteous Jams” from Nashville, Tennessee rock ‘n’ rollers Dirty Fuss as they come to Hot Springs in support of their album Trouble. Joining them are two rock ‘n’ roll bands from Little Rock: New Motto and The Dangerous Idiots.

Come on out to Bike Rack Brewing for their Saturday Summer Concert series Live on the Patio this Saturday featuring Little Rock singer songwriter Adam Faucett and his band The Tall Grass. Grab a delicious brew fresh from the tap and listen to Adam and his band as they play songs from his highly acclaimed latest album It Took The Shape of a Bird. www.adamfaucett.com

Country music superstar Kenny Chesney brings his Trip Around the Sun Tour in support of his upcoming album Songs for the Saints to the Arkansas Music Pavilion for this special one night only show. Get tickets: www.ticketmaster.com