Live Music Lineup: A Tribute to the Queen of Soul, Johnny Mathis and More 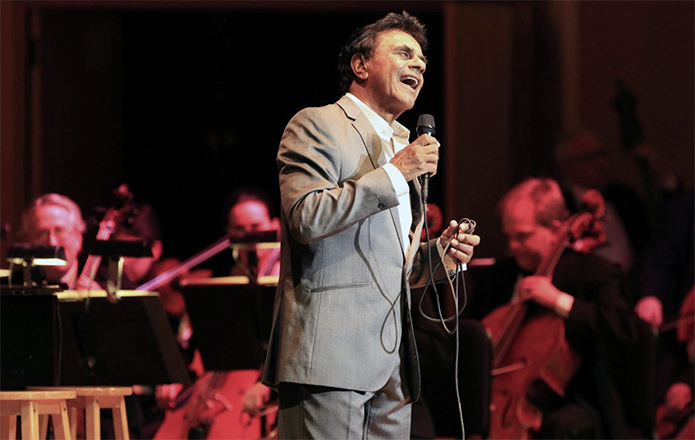 Sarah Woolf of Follow the Woolf has your guide to Arkansas’ music scene. This week, go see A Tribute to the Queen of Soul, Reckless Kelly, Johnny Mathis and more.

Wednesday 9/5
Jazz in the Park with TwiceSax/ Little Rock River Market – 400 President Clinton Ave. / 6-8 / Free
One of Little Rock’s favorite happy hours is back for its September sessions.  This free event, hosted by the Little Rock River Market in partnership with the Art Porter Music Education, brings you some of Little Rock’s best jazz.  For this session, they welcome the jazz/funk/blues of TwiceSax.  Kids and pets are welcome. No coolers – beer, wine and soft drinks will be available for purchase.
Thursday 9/6
Reckless Kelly with Brooks Hubbard Band/ Revolution Music Room – 300 President Clinton Ave. / 8:30 / $20
The Grammy-winning Americana band Reckless Kelly bring their latest album Sunset Motel (named one of the top 100 albums of 2016 by Paste Magazine) to the Rev Room.  Reckless Kelly, based in Austin, Texas since 1996 where they were first managed by Robert Earl Keen and watched and interacted with such legends as Townes Van Zandt, Steve Earle, Billy Joe Shaver, Guy Clark, and more. According to A Taste of Country, “The Austin-based band were Americana before there really was such a term, combining roots, rock and country influences into an uncompromising musical approach that has earned the Grammy-winning group a very steadfast and loyal following.” The Brooks Hubbard Band will also perform Thursday night.
Amy McBryde and the Active Ingredient/ White Water Tavern – 2500 W. 7th St./ 9
A night of rock & roll from an up-and-coming Little Rock band.
Friday 9/7
Bob Schneider with The Rios/ Revolution Music Room – 300 President Clinton Ave. /  8:30 / $18 advance – $20 day of show
One of Austin Texas’ most celebrated musicians who is bringing his Blood & Bones tour to the Rev Room in support of his seventh studio album since 2001 solo debut.  “I wish I could make you see how wonderful everything is most of the time, but I’m only blood and bones,” he sings on the reflective title track.  Little Rock’s own The Rios open the show in anticipation of their upcoming first full length self-titled release available Oct. 12.
Amy Garland All Stars / White Water Tavern – 2500 W. 7th St. / 9
A special night of music with some of central Arkansas’ favorite musicians led by the one and only Amy Garland Angel. Nick Devlin, Mike Nelson, Bart Angel, and Jeff Coleman will join her for a night of great music.
Big Dam Horns/ Four Quarter Bar – 415 Main St. NLR / 10 / $7
One of Central Arkansas’ favorite party bands will be blowing the roof off of Four Quarter Bar as they celebrate the release of Stone’s Throw Brewing Company’s Big Dam Horn O’Plenty, named after the band.  Come on out and grab a pint, some food from the best late night kitchen (open till 1:30) and dance to the Big Dam Horns.
Saturday 9/8
Johnny Mathis/ Robinson Center – 426 W. Markham / 7:30 / $42
“Chances Are,” this is a show you and your mom and grandmother are all sure to enjoy.  Sit back and relax to the smooth sounds of the legendary Johnny Mathis. Get your tickets here.
Charlotte Taylor/ Cregeen’s Irish Pub – 301 Main NLR / 8 / Free
Little Rock’s Lady of the Blues Charlotte Taylor comes to North Little Rock’s Cregeen’s Pub for a solo performance.
Cherry Red with Trey Johnson and Jason Wilmon/ Four Quarter Bar – 415 Main St. NLR / 10 / $7
A night of classic rock & roll from one of the newest power trios in the Rock.  Cherry Red will be performing with the feel-good blues of Trey Johnson and Jason Wilmon.
RESPECT – A Tribute to Aretha Franklin/ Revolution Music Room – 300 President Clinton Ave / 10 / $17.95 advance, $20 door
Over 17 singers and musicians from around Central Arkansas, including Genine LaTrice Perez, Tawanna Campbell, Nicky Parrish, Dee Dee Jones, LaSheena Gordon, Ivan Yarborough, Geoffery Roboson and more, will come together to pay tribute to the Queen of Soul.  This will be a special, unforgettable, one-night-only performance benefiting sickle cell support services. Get your tickets here.
SeanFresh & the Nasty Fresh Crew, Osyrus Bolly, Alexis Ray Parker, Kyle Hubbard and DJ Nick Hud/ South On Main – 1304 Main St. / 10 / $15
If you’re looking for a party, this is where it’s at.   This all-black attire party features some of the best rap, hip-hop, soul and R&B, with Little Rock’s own DJ Nick Hud holding it down on the tables throughout the evening.  So throw on that little black dress or that classic black suit and come out for an unforgettable night of fun.

Saturday 9/8
AMP Fest/ Arkansas Music Pavilion / 4-9 / $45
An afternoon of live music, cutting-edge tech activations, games and beer samples from over 20 breweries, all included in the $45 ticket price.  Headlining this event on the main stage will be Dazz & Brie (rock & soul from Little Rock).  On another stage, local artist  signed to the new Bentonville-based Bike Rack Records, Jamie Lou and the Hullabaloo, Will Gunselman, Kevin Keihn and The Silver Lining will perform.  For more information, visit www.arkansasmusicpavilion.com.

Saturday 9/8
Opal Agafia & The Sweet Nothings/ Crystal Bridges Museum – 600 Museum Way / 7-10
The Forest Concert Series of musical performances brings national and local acts together in the beautiful North Forest.  Tonight they welcome two strong leading ladies to kick off their fall concert season: Jillian Speece from the Brooklyn based duo The Bergamot and Northwest Arkansas favorite Opal Agafia & The Sweet Nothings.  Blankets and lawn chairs are welcome,  and a food truck and cash bar will be available.