Sarah Woolf of Follow the Woolf has your guide to Arkansas’ music scene. This week, go see the 17th Annual Mountian View Spring Bluegrass Festival, the Descendents, and more.

Wind down your week at 109 as a DJ plays some of the best in soul, funk and jazz.  Grab one of the tasty drink specials, and the featured $5 appetizer find a spot on the couch or at the bar and unwind. RSVP here.

Celebrate Women’s History month with this special screening of the documentary film,”American Masters” – ”Maya Angelou: And Still I Rise.”

Many may have known Matt DeCample from his work in Arkansas politics, but he was also a treasured member of the Central Arkansas stand-up & improv scene. Tonight they pay tribute to their friend with a special night of comedy.  Stand-up from: Bid Dre, Jay Jackson, Devincey Moore, David Goble, and Jared Lowry.  The improv troupe The Joint Venture will perform a special show.  Grab a Matt’s special, Bacardi & Coke for $4, and enjoy a night of laughs for one who brought so many. 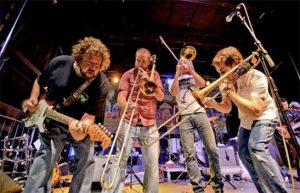 For their third show in their Archetypes & Troubadours series, the Oxford American is proud to welcome Bonerama to South on Main.  “Mark Mullins and Craig Klein… together they created the core sound of Bonerama – reminiscent of street-tromping brass bands, avenues of jazz clubs and heavy-pulsing rock.  It feels like a force of nature, and as such, it threatens to sweep away everything in its path,” according to NPR  Celebrating the release of their seventh album Hot Like Fire, these New Orleans brass & rollers Bonerama will bring a show you don’t want to miss. Get your tickets here.

Come witness the force that is rock & roll high priestess from Nashville, TN, Thelma and The Sleaze, at Stickyz. Get ready for a night of in your face Rock & Roll.  Opening the show is Little Rock all-star hard rock band Iron Tongue.

A night of rock, soul and blues from International Blues Challenge representatives from the Spa City Blues Society. Central Arkansas lady of the blues Charlotte Taylor and her band Gypsy Rain will be performing along with guest guitarist John Burnette. 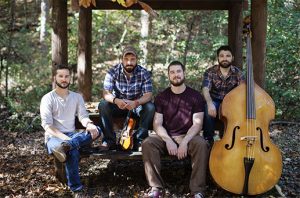 The Cons of Formant

The Bookstore at Library Square is proud to present “T.C. Tributes. Collections. Artist Inspired by T.C. Edwards.” This exhibit celebrates the life of legendary rocker T.C. Edwards, the autistic lead singer in Little Rock’s T.C. & The Eddies. Live music from Bill Jagitsch (Bluesboy Jag) who was the lead guitarist for The Eddies, and EC Haynes.  Featured art by Nicole Stewart and many more who were friends of or impacted by the life of this special and very missed member of the Central Arkansas community. Light beverages and snacks provided.

Grab all your rowdy friends as American honky tonk outlaw country artist Whitey Morgan and his band the 78’s return to the Rev Room for a show sure to help you forget the worries of the week for a few hours.  Josh Card & the Restless Souls open the show.

Hosted by Arkansas DJ Trixx and featuring a downtempo set by Tactical Nuke, this all-ages monthly event features local DJs and musicians for an intimate dance event with a one-of-a-kind vibe. Get your tickets here.

Roots rock n’ roll jam band Vintage Pistol from Fayetteville are coming to Stickyz in support of their newly released album Trial and Error. Opening the show, is the rock & soul band The Rios from Little Rock. 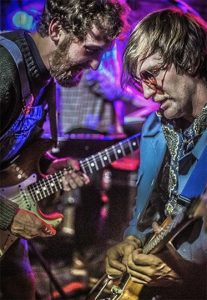 Come see Alabama southern rockers with a punk edge, Lee Bains III & the Glory Fires, along with one of Arkansas’ most sought after singer-songwriters, Adam Faucett. You can also hear some rebel rock from East Tennessee from the Bohannons.  These musicians are joining forces for one of those special White Water nights you don’t want to miss.

100.3 The Edge presents punk legends Descendents with the tongue-in-cheek battle cry “Never did a Popular Thing… Couldn’t Sell Out a Telephone Booth…The Proud…The Few…The Descendents.” The band is coming to the Rev Room for a special highly anticipated one-night-only show in the Rock.  Opening the show is the punk/hardcore band Pears from New Orleans and Ultimate Fakebook from Manhattan, KS. Get your tickets here.

A night of reggae, soul, R&B, and old school with the one and only, Little Rock by way of New Orleans’ own, Katrice “Butterfly” Newbill and her talented band and guest: Tonya Leeks, Stephen Versatile Bailey, Stephen James, Marlon Cat Davis, Tarick Horton, Michael Sinclair, & Derex B Williams. Get your tickets here or call 501-244-9660 for reservations.

Little Rock rock & rollers The Libras are bringing a special show to the Tavern: Wilbury Roulette. The band will play a set of Traveling Wilbury tunes and then spin the wheel to select their next set from the solo material of Dylan, Harrison, Petty, Lynne, and Orbison.  All proceeds will go to Pulaski Heights Elementary.  The night will also feature Isaac Alexander, Jason Weinheimer, Chris Michaels, Charles Wyrick, Matt Dickson, Rafael Gayol, Brad Williams, John McAteer and more.

One of Little Rock’s favorite party bands returns to Four Quarter for a Saturday night to let your hair down and keep you movin’ and groovin’ on the dance floor.

North Little Rock is party band central this Saturday night as The Big Dam Horns come to The Joint for a special late night show to celebrate the tapping of the latest Lost 40 brew Squirrel Sailor Hazy IPA and other Lost 40 specials. This show is sure to keep the beer flowin’ and your bodies movin’ into the night. 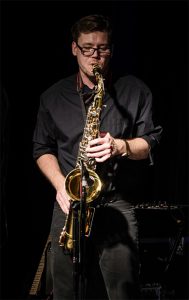 Bring your own vinyl or grab one from our collection from Arkansas Record & CD Exchange to play as you enjoy brunch and take it with you.  The AphroSense kitchen will be featuring brunch favorites including chicken & waffles, hash browns, pancakes, breakfast tacos and more.  The bar will be featuring brunch cocktails such as cidermosas, cold brew coffee stouts and bloody beers.  This is always a fun way to spend Sunday afternoon with good friends, food, brews and tunes.

The Sunday evening music series welcomes Little Rock singer-songwriter Brian Nahlen as he sings his original tunes and songs you know and love.

Northwest Arkansas’ own post-country/western artist Dylan Earl makes his BAX debut with Richard Darden as they prepare for another tour in late March. 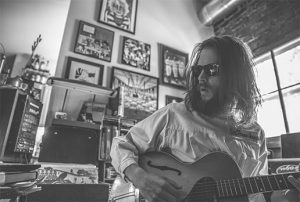 George’s is excited to welcome back this country-folk-Americana band from Lubbock, Texas. Get your tickets here.

Grayson returns to Eureka for a night of some of your favorite War Chief songs and some choice originals and covers.

Feel-good rock and blues from Conway’s own Trey Johnson and indie rock from Little Rock’s Do it Henry.

The hard-workin’ blues band from Morrilton, The Akeem Kemp Band is bringin its rock & blues sound to TC’s (21+). 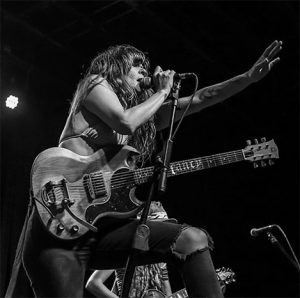 Thelma and The Sleaze

Come witness the force that is rock & roll high priestess from Nashville, TN, Thelma and The Sleaze. You’ll also marvel at indie post-funk-punk band Molasses Disaster from Fayetteville and the psychedelic pop band Moonsong from Fayetteville

Rock along to the feel-good rock & blues from Trey Johnson and Jason Wilmon at R. Landrys’ Mardi Grass night!

Grammy Award-winning Chubby Carrier and the Bayou Swamp Band from Lafayette , LA,  are bringing their swamp funky zydeco to the Griffin for a Mardi Grass Saturday night party not to be missed.

Images courtesy of the artists