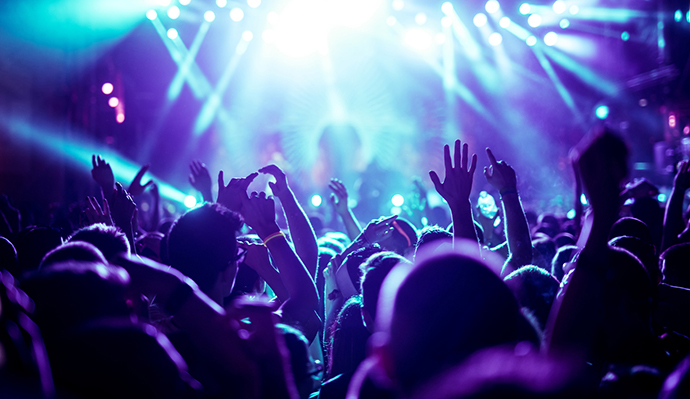 AY About You Magazine has your complete guide to Arkansas’ music scene. This weekend, go see Sevendust, David Adam Byrnes and Ultimate Groove.

A night of heavy, hardcore Southern Rock with  Heavy as Texas from Houston and Hell Camino from Little Rock.

A night for country lovers with David Adam Byrnes from Fort Worth and Bree Odgen from North Little Rock.

Blues and roots artist Seth Walker returns to South on Main in support of his 10th studio recording “Are You Open” that debuted at number 2 on the Billboard Blues Album Chart. To quote the Austin American-Statesman, “This young man is pure talent, a masterful blues guitarist, a singer with some swing in his voice and a writer whose (songs) sound less composed than unleashed.”

Ultimate Groove reunites for a special Friday night homecoming performance. Made up of essential pieces of the Central Arkansas’ R&B/Soul community: Tawanna Campbell, James “J-Dub” Williams, & Cory Harris join together to bring you the Ultimate Groove.

Multi-instrumentalist Chucky Waggs from Eureka Springs returns to Four Quarter Bar. Playing a mix of guitar, banjo, harmonica, and kazoo, and with his ragtag band of friends, The Company of Rags, they draw influences from early American roots music, as well as early punk and rock and roll. With a show that that takes you from intimate, often humorous, folk ballads, to all out rowdy stomp-alongs. Get ready to stomp and holler and let your hair down.

Bring the whole family out to the garden as Central Arkansas husband and wife Children’s musical duo mömandpöp bring you a fun filled Back to School Celebration. This event is also a back to school supply drive for Youth Home, so as you’re picking up supplies for your child, or walking past the isle at the store, please pick up a second item or two to bring so that all children in Central Arkansas can go to school ready to learn.

If you or your children have ever been interested in playing a musical instrument, swing by Renown Music; they’ll have instructors for guitar, piano, drum, ukulele , and violin on hand to play and answer questions along with an instrument “petting zoo,” and snacks.

Come join the Rev Room and the Central Arkansas music community as we raise funds for The Van and their ongoing mission to help our homeless brothers and sisters in Central Arkansas. Enjoy music from The Big Damn Horns, Dazz & Brie, The Federalis, and A Rowdy Faith.

Northwest Arkansas’ premier funk-rock group, this six-man band has been described as “what you’d hear if Led Zeppelin caught a Soul Train with Grouplove and they threw a party while headin’ down the tracks to Motown.” Throw on those dancin shoes and join the party. and don’t forget one of the best late night kitchens, open till 1:30.

Come bring your family, friends, kids, and pups and enjoy an evening in the yard with music from Jacob Reyes with special guest Joe Ohmz.

Come celebrate the 99th birthday of renegade poet Charles Bukowski with Central Arkansas outlaw poet Justin Booth and an open mic of some of the best local writers and poets in Central Arkansas.

Arkansas’ own Barrett Baber returns to Stickyz accompanied by his acoustic trio with his classic mix of soul and country. Opening the show Little Rock country artist Kelsey Lamb.

Classic Rock & Blues Music you can move to.

A weekend of bluegrass for the whole family in the Basin Spring Park band shell.

When I was in college my best friend and I went to The New Daisy in Memphis to see a few rock bands play a Christmas benefit show for the children’s hospital. In that lineup was a new band from Atlanta and the only thing I’d heard about them was one quote from Rolling Stone “Thank God/Satan for Sevendust.” I was hooked, and they did not disappoint. Their first album is still one of my favorite hard rock albums, and each time I’ve seen them has been a powerhouse rock show with frontman Lajon Witherspoon leading the band and the crowd. Formed in 1994 with no signs of slowing with the release of their 12th album “All I See Is War.” Opening the show Alternative/Progressive Rock band from Dallas, TX, Big Story.

A night of feel good rocking blues from Central Arkansas’ latest member of the Arkansas Blues Hall of Fame, guitarist Rikki D who is bringing his crew to Kings for a feel good Friday night.

Those wild men from the mountain are back at Kings for a night for you and all your rowdy friends as they bring their unique psychobilly, hillbilly, bluegrass-abilly, Insurgent Americana that has made them a favorite of Country boys and girls who need to let it loose on a Saturday night. Opening the show, folk- Americana artist Ashtyn Barbaee from Fayetteville, AR.

Come enjoy a night of the blues, presented by The Southbound Tavern and The Sonny Boy Blues Society, as Solo & Band acts compete for a spot to play at the 2019 King Biscuit Blues Festival and The Blues Foundation’s 2020 International Blues Challenge.

Come out and cheer for your favorites as bands from across Arkansas compete in 15 minute sets for cash and prizes. 10 bands have entered, but only one can win the $2500 grand prize and more. The 10 bands are: Monsterboy, Crutchfield, Jimmy Louis and 8 Second Ride, As the Willow Burns, Saving for Tuesday, Akeem Kemp Band, R@ndom, McCuin, Cypress Knees, SideSwipe.