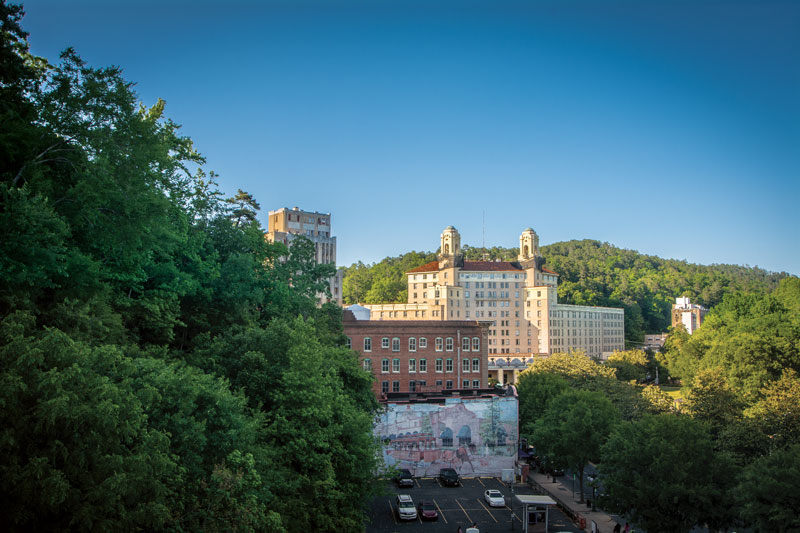 Sarah Woolf of Follow the Woolf has your guide to Arkansas’ music scene, including the Drummers in the House masterclass at the Arlington Resort Hotel & Spa in Hot Springs.

From Jackson, Mississippi the five-piece Southern rock band Young Valley puts on a one-of-a-kind stage show with plenty of feel-good guitars, catchy melodies and original songs. Celebrating the summer run release of their new self-titled album. To quote the band, “Perfect for long roads or barbecues. Give a listen to the TWANGARANG.”  Starting the show is Little Rock’s own storyteller/singer-songwriter Kevin Kerby.

Sabine Valley, Benadriil, & The Streakers, Vino’s Pizza-Pub Brewery 923 W. 7th St. Little Rock. 7:30 p.m., $8. This is for all you garage rock band lovers. Come on out, grab a slice of pizza and brew or a Pepsi, and watch these kids rock. Whether your taste falls more classic, or more to the psychedelic, you’re sure to have a good time.

Ben Miller Band, Stickyz Rock ’N’ Roll Chicken Shack 107 River Market Ave. 9-11:30 p.m., $10 advance, $12 day of show. This quartet from Joplin, Missouri is celebrating the release of their third album, Choke Cherry Tree, and introducing a new lineup of not only Miller and Scott Leeper, but also the multi-instrumental Rachel Ammons and Smilin’ Bob Lewis. They combine bluegrass, delta blues and mountain music with modern twist to come up with a sound all their own. www.benmillerband.com  Advanced tickets available at www.arkansaslivemusic.com

Mississippi Hill Country blues plain and simple and as good as it gets. Tonight the White Water Tavern turns into one of the most happenin’ juke joints you’ll find outside of Mississippi. This is a show lovers of the blues, rock ’n’ roll and good times don’t want to miss. http://waxploitation.com/rl-boyce www.lightninmalcolm.com

East Village Street Food Jam, Clinton Presidential Center, 1200 President Clinton Ave. A day of food trucks and family fun with music starting at 3 p.m. with the classic country sounds of The Salty Dogs, Americana duo The Going Jessies at 5 p.m., and the funk/jazz/hip-hop sounds of Rodney Block at 7 p.m. With over 20 food trucks, a beer garden, kid zone and a fantastic musical lineup, this event has something for everyone. Tickets available at www.centralarkansastickets.com

Yuni Wa Album Release/Klubhouse/Joshua Asante, South On Main 1304 Main St. Little Rock, 9-11 p.m., $5. Little Rock Electronic Artist, DJ and producer Yuni Wa, a self-given name short for Yunibasaru, which means universal, for being able to make so many types of music painting (as he calls it, “yuniversal sounds”) ranging from hip hop, trap, electronic, house, pop and rock. Dawn of the Black Wings is his much-anticipated second release and his 33rd official project. The release date is June 23, so come get an early listen to this one-of-a-kind Arkansas artist. Joined by Klubhouse and Joshua Asante in the intimate setting of South on Main, it will be a night for the senses. www.yuniwamusic.com

From New Orleans, Louisiana. With descriptions like “punk rock provocateur,” “jazz vibraphone visionary,”  “percussion virtuoso,” and a genre he calls “punk jazz freak funk,” I feel I’ll ruin the surprise if I say more, and those that have seen him before can’t wait to see him again. www.mikedillonvibes.com

The Rios, Kings Live Music 1020 Front St. 8:30 p.m.-12 a.m., $5. This rock/soul band has been winning fans all over Central Arkansas and they bring their soulful sound back to Kings. Check out their new single “Smoke and Mirrors,” or their first video “What I Need,” on YouTube and head to the show. http://therios.bandcamp.com

Plain White T’s with Ocean Park Standoff and Fairview, George’s Majestic Lounge 519 W. Dickson St. $20 in advance $25 day of show. Plain White T’s is an alt rock, power pop band that formed in 1997 and became a global success with a string of multi-plantinum hit singles, and one of the most downloaded songs of all time, the Grammy-nominated “Hey There Delilah.” This is a show fans of early 2000 power pop won’t want to miss. Advanced tickets available www.georgesmajesticlounge.com

Adam Faucett and the Tall Grass/Young Valley/William Blackart, Maxine’s 700 Central Ave. Come get a sneak peek at the upcoming release from acclaimed Central Arkansas singer songwriter Adam Faucett and the Tall Grass It Took the Shape of a Bird, coming out June 29. Adam is joined by Southern rock band Young Valley, who are on the summer release run of their self-titled new album and Central Arkansas singer songwriter William Blackart. www.adamfaucett.com