Live Music Lineup: The Music Scene is Heating Up in January 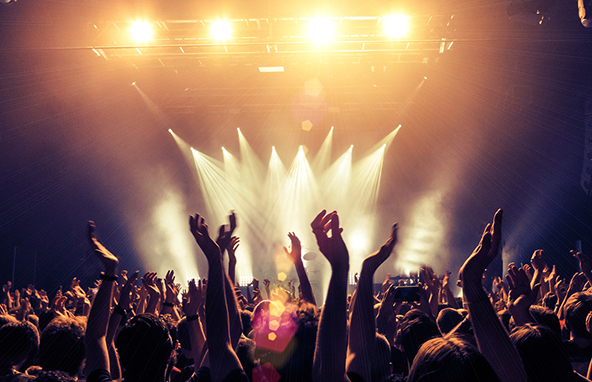 Sarah Woolf of Follow the Woolf has your guide to Arkansas’ music scene. This week, go see the Ozark Mountain Music Festival, Patrick Sweany with The Greyhounds and more.

Thursday 1/17
Justin Timberlake/ Verizon Arena – 1 Verizon Arena Way, NLR. / 7:30 / $93 – $228
Justin Timberlake brings his Man of the Woods tour to Verizon Arena for a special Thursday night in North Little Rock. Get your tickets here.
Nick Devlin/ Gray Matter Radio – KABF 88.3 fm. / 9
Central Arkansas’ own community radio station KABF 88.3 presents Gray Matter Radio hosted by Shayne Gray. Shayne is welcoming local legendary guitar hero Nick Devlin.  Nick, originally from Edinburgh, Scotland, has been a music staple in the Central Arkansas music scene for many years, playing in some of my and your favorite local bands and even sitting in with touring bands upon request.  Join Nick as he plays some of his favorite songs and tells some tales of his musical adventures in Arkansas and beyond.
Friday 1/18
Sounds of Unity with Stephanie Smittle/ Unity of LR – 2610 Reservoir Rd / 7 / $10
One of Central Arkansas’ premier vocal talents, singer/songwriter Stephanie Smittle comes to Sounds of Unity to share the stage with host, Central Arkansas’ Americana duo Ten Penny Gypsy for a special night of song.
Mulehead/ The Undercroft – 509 Scott St (Christ Episcopal Church) / 8 / $10
Christ Episcopal Church in downtown Little Rock has created something very special in The Undercroft: a quiet listening room and a music cellar for local and touring artists to showcase their talent.  This week, they are welcoming a classic Little Rock rock & roll band, Mulehead, for a front porch feel of a show.
Charlotte Taylor/ Cregeen’s – 301 Main St. NLR / 8 / Free
The International Blues Challenge is one week away, and I know Central Arkansas’ Lady of the Blues Charlotte Taylor is ready.   Come enjoy this special solo show from Charlotte.
Futurebirds with Dylan Earl & The Reasons Why/ Stickyz Rock N’ Roll Chicken Shack – 107 River Market Ave. / 9 / $10
I know a few Central Arkansas music fans who are very excited about this show as The  Futurebirds from Athens, GA return to the Stickyz stage with their unique blend of psychedelic country.  Opening the show is Fayetteville Arkansas’ own post-country/western band, Dylan Earl & The Reasons Why.
Runaway Planet/ White Water Tavern – 2500 W. 7th St. / 9
A Little Rock music staple since 2001, Runaway Planet is back at the White Water Tavern for a night of Americana/Bluegrass, with their three part harmonies, driving string band arrangements, and a musical mix of originals and favorites.
Saturday 1/19
Ward Davis/ Revolution Music Room – 300 President Clinton Ave. / 9 / $20
This Monticello, Arkansas native is back in his home state for a special Saturday night show at the Rev Room in support of his current EP Asunder.  Ward Davis has become a sought after singer-songwriter, writing songs for some of Nashville’s top artists, and most recently was co-writer of “Unfair Weather Friend” by Willie Nelson & Merle Haggard, and “I’m not the Devil” by Cody Jinks who he then joined on tour.  Let’s welcome this singer-songwriter, Americana/ Alt-Country artist home for what is sure to be an awesome night. Get your tickets here.
Patrick Sweany/The Greyhounds/ White Water Tavern – 2500 W. 7th St. / 9 / $15
I cannot recommend this show enough to any music lover.  Nashville vocalist/guitarist, and White Water favorite, Patrick Sweany returns to the Tavern with his unique blend of bluesy rock & roll.  The Greyhounds (Austin, TX) are a unique rock & roll trio of Anthony Farrell (vocals, keyboards), Andrew Trube (vocals & guitar), and Ed Miles (Drums.) Some might remember Farrell and Trube as members of JJ Grey’s power blues band MOFRO which they left in 2016 to focus full-time on the Greyhounds; I remember them from an unforgettable show last year at the White Water, and I have been looking forward to their return, and being joined tonight by one of my favorite live artists, Patrick Sweany. This is a show not be missed.
Twice Sax Collective/ South on Main – 1304 Main St. / 9 / $8 advance, $10 at the door
Twice Sax is the musical creation from sax playing brothers-in-law Dave Williams II and Brandon Dorris who had been playing in a jam band with several other local artists, each of whom played with different bands across town.  The guys had so much fun playing together they decided to make it official and Twice Sax Collective was born.  Drawing from each member’s musical strength in jazz, funk, rock, blues, bluegrass and pop, they mix their own originals and put their own swing on your favorite covers for a sound that some have called, “music that gets into your head, gets into your bones, and moves you.” Call  501-244-9660 for seating reservations. Get your tickets here.
Sunday 1/20
Bluesboy Jag & Mudhead/ The Railyard – 1212 E. 6th St. / 4
Come out to Little Rock’s newest beer garden for an afternoon of music that’s “a little bit country and a little bit Rock & Roll.” Grab some delicious BBQ from Count Porkula, and a local craft beer always on tap.
Nightflying 38th Anniversary Party/ White Water Tavern / 5-10/ $10  & After Party Midtown Billiards/ 1316 Main St. / 10 p.m. – 4 am. / $5
Come on out as we celebrate the legacy of Arkansas’ oldest entertainment publications, Nightflyingwith a rock & roll Sunday night featuring Amy Garland & Nick Devlin, Jimmy Lynn & Psychodelic Velocity, KK & the Reverend Blues Revival, Akeem, Kemp, Brian Nahlen, Monsterboy, Johnni Blue, Gil Franklin, The Ginny Bs, Walter K, The Goin Jessies, and the one and only Black Oak Arkansas.  Afterwards, head to Mid-Town Billiards for the after party hosted by Jason Lee Hale & The Personal Space Invaders and featuring KK & The Reverend Blues Revival, Akeem Kemp, Brian Nahlen, McCuin, Goin Jessies, Jimmy Lynn & Psychodelic Velocity.
Metallica/ Verizon Arena – 1 Verizon Arena Way NLR / 7:30 / $42.50-$135
2009 Rock & Roll Hall of fame artist Metallica is coming to the Rock for a one night only show in support of their 2019 Worldwired Tour. Get your tickets here.

Saturday 1/19
Groovement/ Cregeens Downtown – 210 South Main / 10
Northwest Arkansas’ award-winning band for Best New Band and Best Funk Band is coming to Jonesboro for a Saturday night party.  Mixing funk, rock, jam and pop for a sound that has been described as “if Zeppelin caught a Soul Train with Grouplove and they threw a party while headin’ down the tracks to Motown,” Groovement is a must-see!

Thursday 1/17
Josh Love/ Griffin Restaurant – 101 E. Locust St. / 8
Thursday Night Live welcomes Crossett, AR native Josh Love.  After graduating high school Josh moved to Monroe, LA where he graduated with a degree in music in 2015.  After graduation, he began playing professionally in the local scene where he received the 2016 NELA emerging artist award.  Currently, he can be found playing his own eclectic mix of rock, R&B, gospel and blues to crowds in Monroe and surrounding areas.