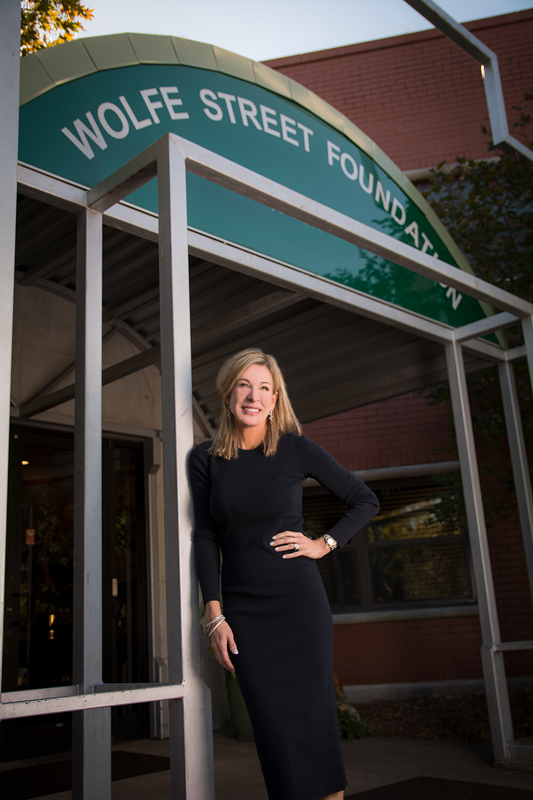 [dropcap]C[/dropcap]aroline Ford, a recovering alcoholic, has also experienced a change in the way people view a different mental illness – that of alcohol and substance addiction. It is what fuels her passion for helping others through her work as executive director of the Wolfe Street Foundation, Arkansas’ largest nonprofit resource for people recovering from alcoholism and addiction.

Ford also runs the Dills House, a chemical-free transitional living facility for women. The center is named in honor of her late grandfather, Bob Dills, who lived many years in recovery.

“When my grandfather got sober, he had a very successful gravel business, but he wasn’t the norm,” she says. “For people who were getting clean and sober in the 1940s and 50s, it was a shameful secret.”

Ford also felt that stigma as a college student in the late 1980s.

“When I got sober, it wasn’t acceptable socially to be in recovery,” she says. “But now I’m seeing the most wonderful change.”

An estimated 22 million people in the U.S are recovering from alcohol and substance abuse, and half of them identify as “recovering,” while the other half don’t tell anyone, she says.

“Really the only way of changing the stigma is to see successful people coming out who don’t fit the under-the-bridge stereotype,” she says. “The way I feel is that I’m responsible to own it, especially if someone can be helped by it. You can be sober and successful. It’s not a handicap once you figure it out. It’s something you learn how to take care of.”

The Wolfe Street Center in downtown Little Rock serves more than 100,000 people a year. It’s open daily and operates a call-center line for people in crisis.

Traffic likely will pick up as the holidays approach, Ford says.

“It’s a time when many people feel the brokenness of their family situations, or brokenness of loss and other painful events. It’s more the reason to drink so you don’t have to deal with it.”