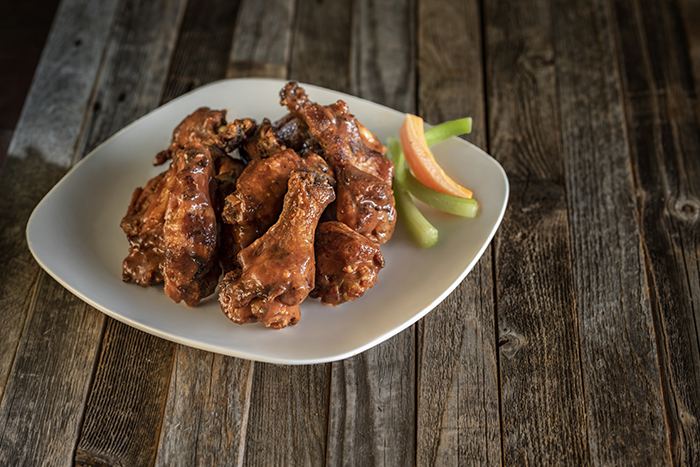 The story of the underdog is true Americana. Whatever else one might think of the United States, there’s no denying we are a nation knitted of the rags-to-riches success stories that abound in our history.

From countless immigrants, like steel magnate and legendary philanthropist Andrew Carnegie who arrived on America’s shores with nothing to the humbly native-born Mark Cuban who once sold garbage bags door-to-door, from Oprah Winfrey who rose above poverty and abuse to become a media juggernaut to professional misfits like Sara Blakely who went from cold-call fax machine sales to found Spanx, the tale of the underdog is one helix of our national DNA.

So it should come as no surprise that our cuisine reflects this something-from-nothing ingenuity of which there are many examples. Here in the South, we are Ground Zero for favorite dishes that were perfected by, and once reserved only for, the poor — barbecue, black-eyed peas and collard greens to name a few. To this distinguished list, I am happy to add the lowly chicken wing.

Less than 60 years ago, you couldn’t sidle up to a bar to watch your favorite team behind a heaping plate of wings. The dish did not exist prior to 1964 and any restaurant chef or grill master in the nation would have looked at you like you were nuts had you ordered them otherwise. Chicken wings were routinely treated as scraps back then, ground up for filler or animal feed, boiled by poor people for soup or just tossed altogether.

In fact, when the inventor of the original buffalo wing — Anchor Bar co-owner Teressa Bellissimo of Buffalo, New York — mistakenly ordered a case of chicken wings (she’d meant to order chicken necks for use in a spaghetti sauce recipe) she almost called the distributor to come take them back. Her husband, Frank, told her to make the best of the situation, so she fried them, soaked them in hot sauce and served them to her son and his pals with a side of blue cheese dressing. In so doing, she permanently altered the American food landscape.

Almost immediately, bars across the country started adding wings to the menu. The snack was cheap to serve and the original (and still the majority of) wing sauces trended spicy or salty, thus promoting beer sales. And as sports programming mushroomed, so too did the popularity of Buffalo wings.

“It’s the versatility, primarily,” says Jeff Hodges, founder of Foghorn’s Wings, Burgers and More, based in Northwest Arkansas. “We play on that very well. Whether you want to do it without breading or with breading, with ranch, without ranch, dry rubs, plain, dip it in the sauce or sauce on it, it’s a very versatile piece of meat and it’s good finger food. I think those are things that really make wings a great option for game watching.”

Wings aren’t the only chow that can trace its growth alongside a specific event or activity such as sports (Do you really eat that many corndogs outside of the State Fair? I thought not.) But few things have been better married than wings and sports programming and few items have been as dramatically accelerated as a result. Keep in mind, the invention of the Buffalo wing predates the first Super Bowl by three years, the NCAA men’s basketball tournament being nicknamed March Madness by about 20 and the college football playoffs by 50.

Today, wings are essentially synonymous with sports, especially football. Hodges says September and October (prime football months) are the two busiest for his six locations, the most recent of which just opened in Conway. And few food items approach the statistics that chicken wings put up on Super Bowl Sunday, now the second-largest single day of food consumption in the United States behind Thanksgiving.

According to the National Chicken Council’s annual Chicken Wing Report, Americans downed 1.38 billion wings during the 2019 Super Bowl, up 2 percent from the year before. If that’s hard to visualize, imagine a belt of wings circling the Earth three times, enough to supply every man, woman and child in America with four of the little cluckers. Or, as the NCC put it, “If each wing were one second, 1.38 billion wings would be 44 years.”

Wings have also proven so popular as to support an entirely new foodservice industry including national chains Buffalo Wild Wings, Wingstop and Arkansas’ own Slim Chickens and Foghorn’s. Not to mention the concept being co-opted by everyone from Pizza Hut to McDonald’s.

Hodges, who’s gone toe-to-toe with all of them since launching in 2003, says the market has grown quickly both in demand and in competitors.

“At the time we started looking at this idea in Northwest Arkansas, there was not a Buffalo Wild Wings in the market. There was not a wing concept other than Hooters at that time,” he says. “Slim Chickens had opened a year before we did in 2003, but they’re more of a fast food. There was not really a full sports bar concept that specialized in wings with the TVs and all that [as we did].”

“Now, the market is pretty saturated, and the real estate is pretty expensive. We’re at the end of a business expansion cycle right now, so we’re just focusing on operations, our product, our quality. It’s kind of where we’re at until the market shakes out a little bit.” 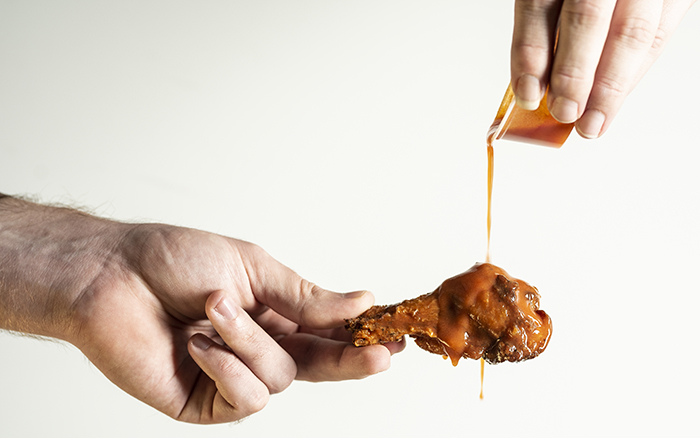 THE FIRST RULE OF CHICKEN WINGS:

Don’t Try This At Home

Chicken wings look simple, but home cooks trying to replicate the bar food experience at home are to be warned: you likely don’t have the equipment to pull it off.

“The difficulty at home is, you can’t really get the grease hot enough,” says Jeff Hodges, of Arkansas-based Foghorn’s Wings, Burgers and More. “There’s a lot to be said for the commercial deep fryer, it just makes such a better product. The product is crispier, and it just tastes better in a commercial application. FryDaddys, doing it yourself on the stove or even putting them on the grill is just not the same.”

Home cooks could likely have more luck coming up with their own sauce recipes, but with so many to choose from at most local wing joints, why bother? Foghorn’s, for instance, offers breaded or unbreaded wings with six different rubs and 50 sauces to choose from. So many flavors, in fact, that even the owner can’t narrow it down to just a few favorites, let alone one.

“I’ve got 15 to 20 sauces I really like,” Hodges says. “But my go-to’s are normally habanero honey or habanero sweet barbeque. I tend to like mine a little spicier.” 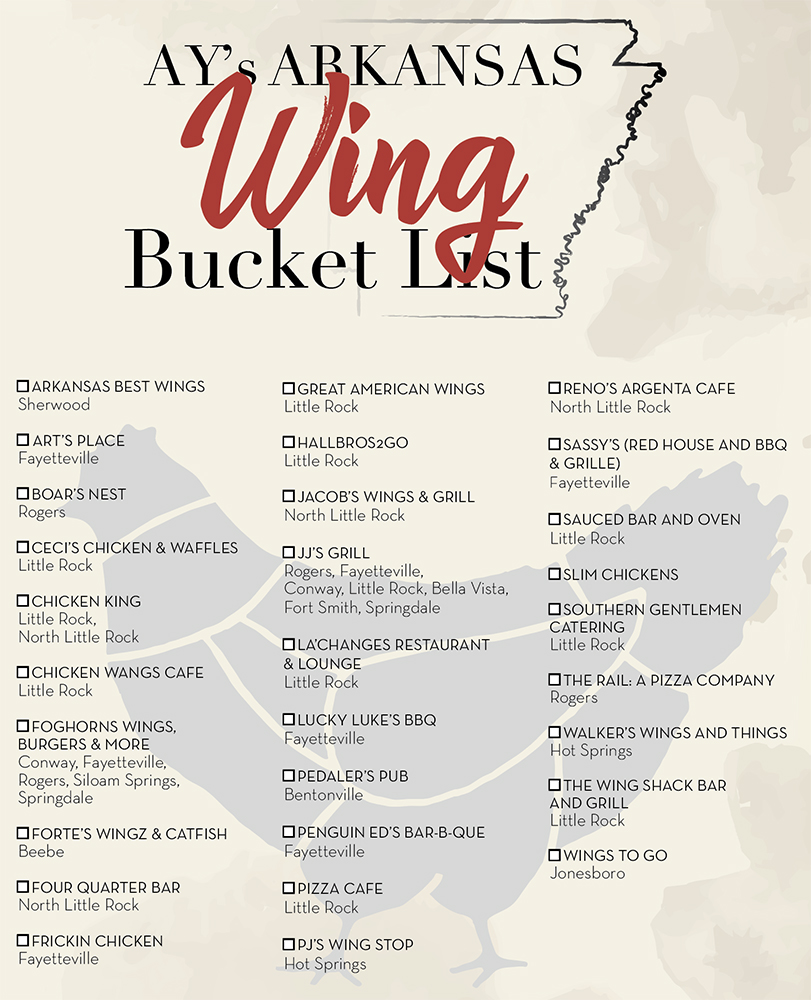