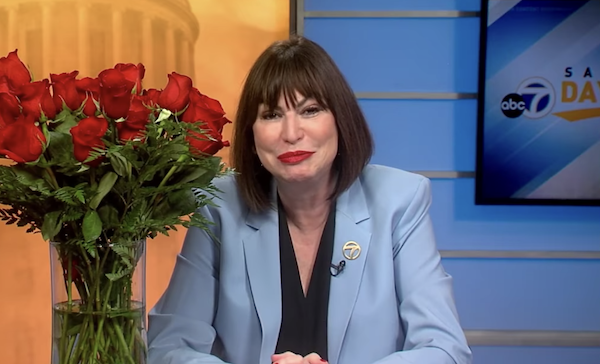 Saturday, April 30 was the final day for Renee Shapiro at KATV-Channel 7. She’d been at the station for more than two decades, serving as an account executive, co-host and film critic.

“The station is losing a salesperson extraordinaire and a one-of-a-kind Saturday morning host,” Steve Sullivan said in a “Sully Says” column. “I will miss one of my favorite work friends.”

Account executive was her first role at the station (Sullivan says she garnered the moniker of being the “Nick Saban” of local TV sales). Over time, she turned her love for movies into serving as the KATV film critic, which landed her regular appearances on the morning show Saturday Daybreak, and eventually a role as co-host on the program. She’s been all around the country for press junkets, premieres and interviews.

On Saturday, she shared with viewers some of her favorite moments from her time covering movies, which featured interviews with the likes of Morgan Freeman, Jessica Chastain, Will Ferrell, Matthew McConaughey, and more.

“There will never be another Renee Shapiro,” Melinda Mayo said on Facebook. “I’ve known her since we were both young teens growing up in Pine Bluff. We’ve worked together for over 20 years, and I was thankful to be on her final show.”