Lonoke: Front Porch of the Delta

I’m one of those travelers flying back to Little Rock from the eastern half of the country who finds comfort in seeing Lonoke from 5,000 feet. The glide path takes my aircraft over the pancake-flat Delta landscape surrounding the town, checkerboarded with rice fields and fish farms. And then on the west end of town stands the towering Riceland grain elevator, the community’s sole skyscraper. Its flashing beacon is an indicator that my plane will soon be on the tarmac at Little Rock’s Clinton National Airport. 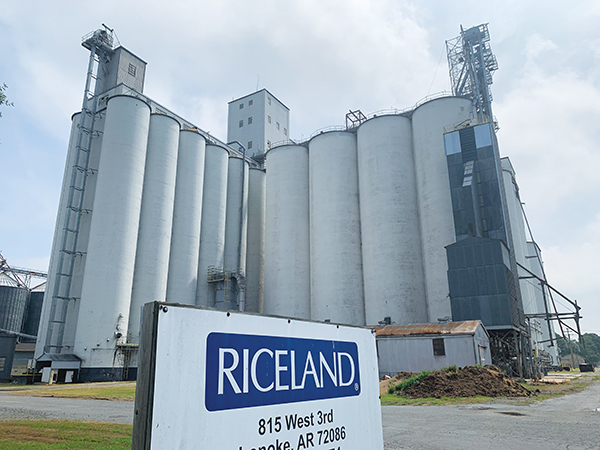 From the air, it’s been much the same scene for the past 20 or 30 years. But on the ground, Lonoke is changing. Big time. The city’s transformation can be traced back to 2016 with development of the “Kick Start Lonoke” initiative. Two outside organizations (the Community Development Institute at the University of Central Arkansas and the Cooperative Extension Service with the University of Arkansas) played key roles, but there’s no getting around the fact that dozens of local leaders stepped up to the plate. Using surveys, on-site visits, and a whole bunch of productive meetings, the community identified its core values, drafted a vision statement, and set a number of goals, many of which have been reached. Now in its next phase of renewal and revitalization, known as “Lonoke 2022,” the city is focusing on continued improvements to coincide with Lonoke’s 150th anniversary next year.

One of the individuals involved in the city’s rebirth is Gene Eagle, a proud member of the fifth generation of his family with Lonoke roots. Eagle, the former president of the Arkansas Development Finance Authority, knows a thing or two about community development. Now living in Lonoke following his retirement from the state, Eagle works part-time on the city payroll and also serves on the board of the Lonoke Economic Acceleration and Development Corporation. He and his colleagues are working to expand the city’s industrial base, adding to the mix that already includes the Remington Ammunition and Accessories plant (now owned by Vista Outdoors) and MKT Fastening (which has been in Lonoke for more than a quarter of a century). 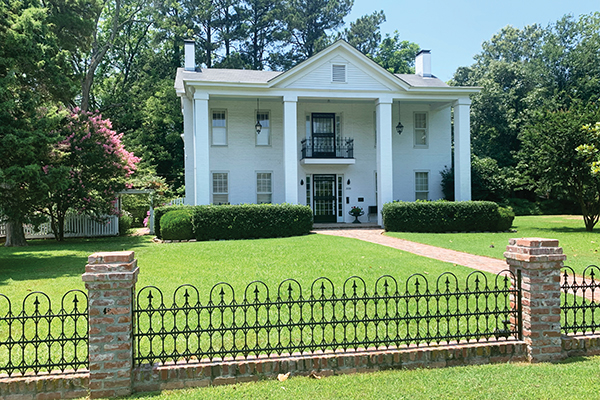 Voters demonstrated their support of local growth by passing a property tax increase last year that’s funding the Lonoke Business Academy, a first-of-its-kind facility in the state. Scheduled to open this fall, it’s supported by a consortium of local entrepreneurs looking for high-quality employees. The 30,000-square-foot building will feature hands-on classes in health care, diesel mechanics and aquaculture, with students receiving college-type credit in their areas of study. Firm in its belief that the academy will have long-term benefits for Lonoke students, surrounding schools and the town itself, the Arkansas Farm Bureau Foundation presented the school with a $25,000 grant earlier this year.

Lonoke elected Trae Reed as mayor in the fall of 2018, and he took office the following January. Now a little over halfway through his four-year term, Reed says the best part of being mayor is that he’s exposed to all sides of every story. “We may disagree,” he says, “but at the end of the day, we’re moving forward.” He’s worked hard to develop networks across the state, cultivating relationships that can help him solve problems for his constituents. 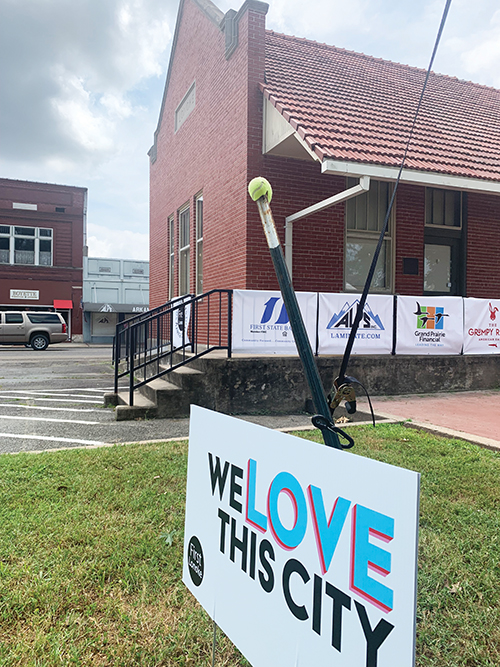 Reed is not your typical Arkansas mayor. For one thing, he’s a very youthful 39. A native of Lawrenceburg, Tennessee, Reed is a Mississippi State University graduate and an Air Force veteran. He was assigned to the Little Rock Air Force Base at Jacksonville, and that’s when he met his wife, the former Ashley Emory of Lonoke. Now serving in the Arkansas Air National Guard, Reed is a qualified flight instructor for the C-130s based at LRAFB. My suspicion is that his advanced degree in National Security Studies from the American Military University also sets him apart from the typical Arkansas municipal leader.

Despite being “the new guy in town,” as he puts it, Reed says he’s been greeted with a genuine sense of welcome since day one. “The people in Lonoke have been incredibly receptive,” he says, “even when some of the brainstorming sessions got pretty interesting.” That the old heads were willing to listen to him made a big impression.

As for his priorities, Mayor Reed says he’ll concentrate on the downtown infrastructure, housing and quality of life, stating that a commitment to “placemaking” is vitally important for the community’s future. He enjoys working with Lonoke’s city council, feeling that the city’s benefitting from a “cohesive dynamic.” 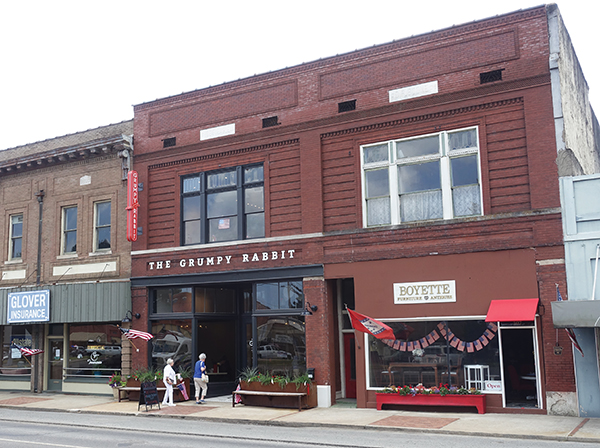 From a brand-new restaurant to many of the familiar sights and sounds of small-town Arkansas, Lonoke has a lot to offer.

One of those council members is architect Ryan Biles, a native of Sherwood. He and his wife, Natalie, owner of the Shine Interior Design Studio, settled in Lonoke following their graduation from the University of Arkansas. They worked together on The Grumpy Rabbit, a popular restaurant in an adaptive reuse of a building constructed in 1905 by Eagle’s great grandfather. 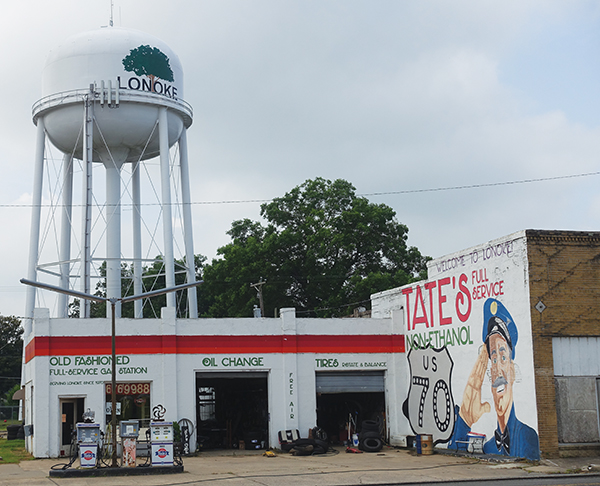 After commuting thousands of miles to Little Rock over the years, Biles relocated his professional practice to Lonoke — and now bicycles the dozen blocks or so to his office every day. He likes the fact that Lonoke has retained its cultural identity, that it hasn’t lost its rural roots. Lonoke’s in a good situation, he says, not experiencing skyrocketing growth, but not caught in the decline of so many of the state’s Delta communities.

Now into his second term on the city council, Biles enjoys the challenges presented by his neighbors. “It’s not as easy as it looks from the outside,” he says, “but the job is certainly rewarding.” And he particularly appreciates Reed’s interest in empowering the city council members, allowing them to better serve their constituents. It’s a group of highly engaged people who, like him, want to maintain Lonoke’s character of a safe, hometown environment. “We now have the opportunity,” Biles says, “to define how and where we want to grow.”

Biles is especially pleased with progress on the sustainability front. The city received a grant to place an electric vehicle charging station downtown. Becoming a bicycle destination community is high on his list of priorities, as is establishing a regional greenway.

While planning for its future, Lonoke hasn’t forgotten the past. The Lonoke County Historical Museum & Genealogical Research Center is open six days a week (closed on Sundays) and is worth a visit. Located in the historic Scott Building (once a Chevrolet dealership), the museum interprets major events that influenced local history. There are displays on the Trail of Tears, Toltec Mounds and the Memphis to Little Rock Railroad. Civil War enthusiasts will appreciate the diorama on the skirmish at Brownsville. Although Eberts Field has been long replaced by fish farms, this former World War I military airfield is brought to life by another diorama, complete with squadrons of “Flying Jenny” airplanes. Admission to the museum is free. 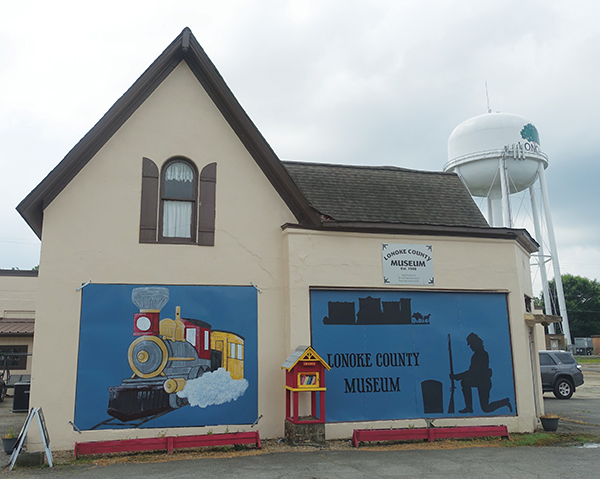 With nearly 20 properties listed on the National Register of Historic Places, Lonoke provides an attractive destination for folks interested in architectural highlights. In addition, several colorful murals have been added to the community in recent months. 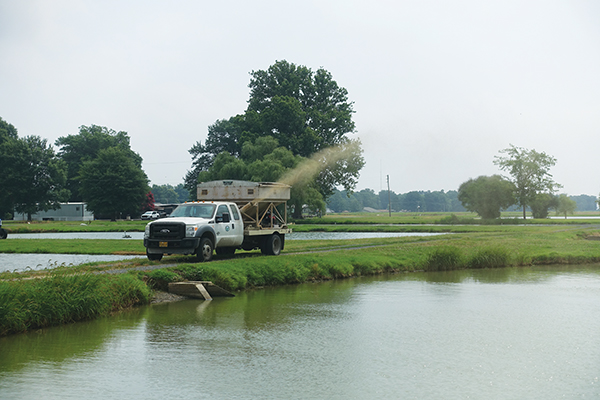 The crops from Lonoke’s fish farms stretch far and wide.

Finally, no piece on Lonoke would be complete without mentioning the thousands of acres of fish farms surrounding the town. Nearly 100 years ago (in 1928 to be exact), the Arkansas Game and Fish Commission purchased 266 acres of land along U.S. 70, about half a mile southwest of Lonoke for construction of a fish hatchery. Using teams of mules, laborers created 32 ponds, soon stocking them with bream and largemouth bass caught in the White River. Named the Joe Hogan Fish Hatchery in 1956 to honor the original hatchery supervisor, the complex now features 77 ponds that annually produce 3 to 4 million fish (warm-water species such as largemouth bass, bream, crappie, channel catfish and blue catfish) for release in Arkansas’ public water bodies. Jason Miller, who’s managed the property since 2008, welcomes visitors. “We often have a great assortment of shorebirds,” he says, “but don’t come expecting to see fish.” The fish, he explains, are seldom seen except when they might break the water as the food truck makes its round. The ponds are a popular stop for Audubon Society members, especially during migratory bird seasons.

A couple of decades after the state built its first hatchery, the Anderson family got in the fish farming business on the outskirts of Lonoke. Now recognized as the world’s largest baitfish (i.e., minnow) farm, it produces more than 1 billion shiners a year, selling them from coast to coast. 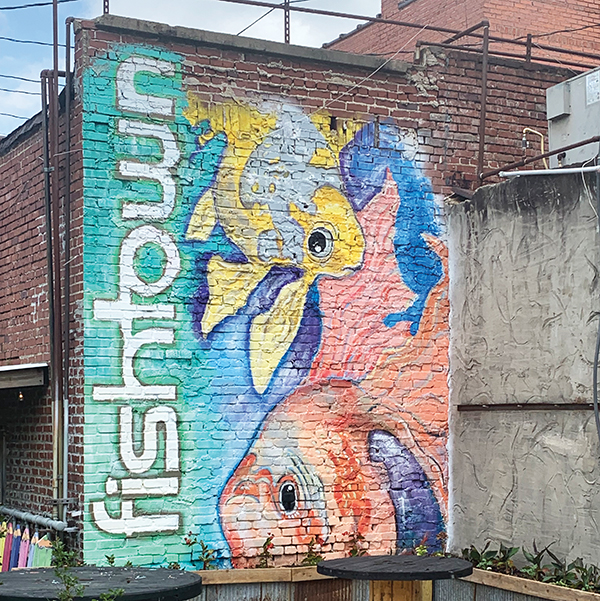 Local art and one of the quaint, cottage-style homes that can be found in the city.

The Pool family also started out in the minnow business years ago, and added goldfish in 1959. The Pools now claim the title of world’s largest goldfish hatchery, with 250 of their 400 ponds devoted to raising these brilliant beauties. Visitors are welcome to tour Pool Fisheries. 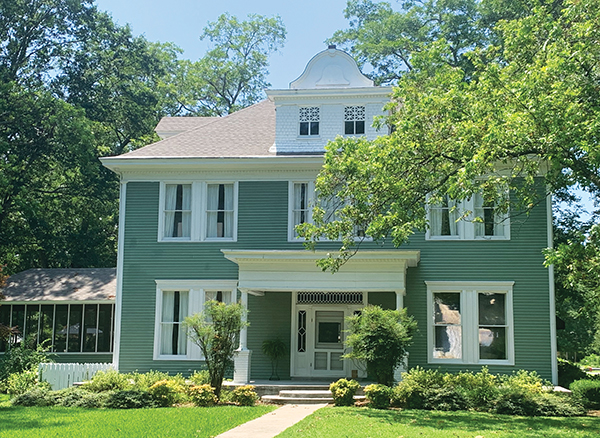 Local art and one of the quaint, cottage-style homes that can be found in the city.

As for Lonoke’s name, it can be traced back to a pair of railroad men who’d been contracted to relocate a depot on the Memphis and Little Rock Railroad right-of-way. A huge red oak stood all by itself on the prairie near the site. “Lone-oak” became Lonoke.