State and local officials dedicated a new sculpture commemorating the 200th anniversary of the Louisiana Purchase survey on Monday, February 20th at 10 a.m., near the artwork located in front of the Statehouse Convention Center at 101 E. Markham St. in Little Rock. “Straight Lines on a Round World,” created by local sculptor Michael Warrick and Louisiana artist Aaron Hussey, was commissioned by the Committee for Louisiana Purchase Bicentennial Monument and represents more than a decade of planning. The ceremony featured a christening with water taken from the Arkansas and St. Francis rivers. 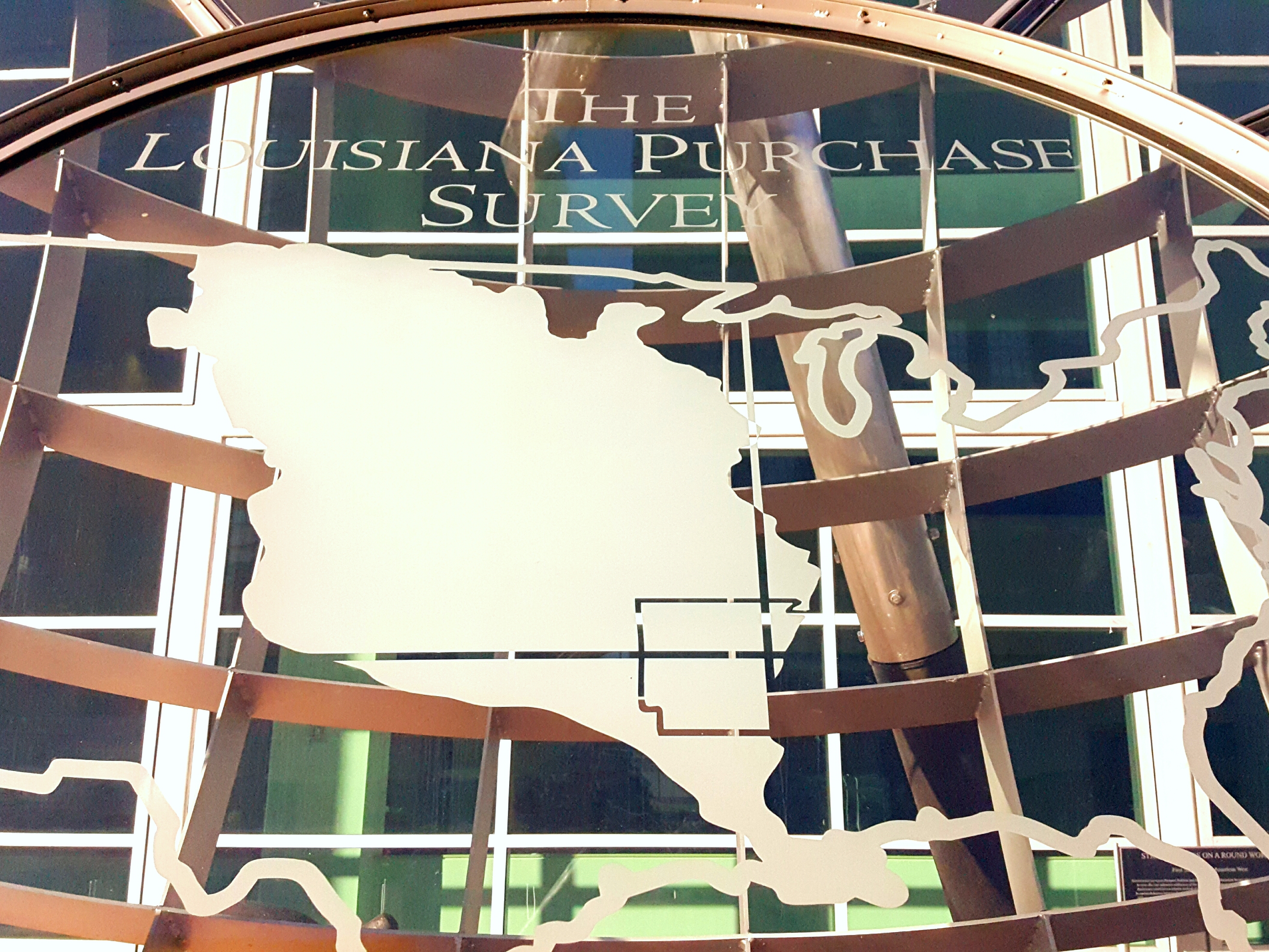 The sculpture features a large glass and metal compass with surveyors’ tools balanced against it. The continental U.S. is outlined on the face of the compass with the total land area of the Louisiana Purchase etched into it. The survey began in October of 1815, when government surveyors set out heading north and west from the Mississippi River, walking between the Arkansas and St. Francis rivers; the point at which their paths crossed, at the juncture of what are now Monroe, Lee and Phillips counties in east Arkansas, became the starting place for the survey of the entire Louisiana Territory. That spot is now marked with a National Historic Monument. 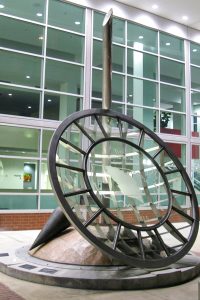 Committee heads John Gill and Sharon Priest conceived of the bicentennial monument after navigating the survey’s east-west baseline from the mouth of the St. Francis River to the historical marker in Brinkley, an arduous expedition that took three days to complete. “It’s not easy making straight lines on a round world,” said Gill. “The sculpture represents the challenge that mankind has always had with nature.”