Love Never Dies: Experience the Sequel to Phantom of the Opera 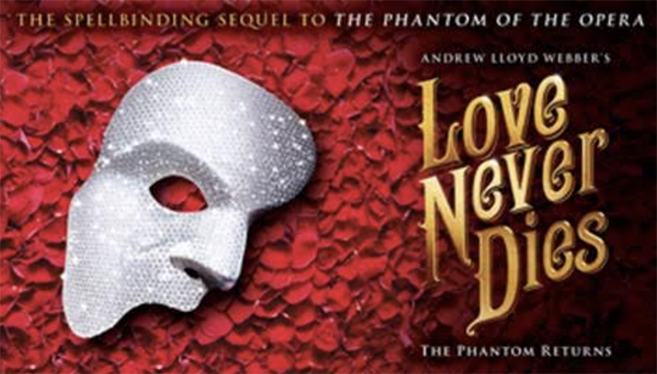 Forget what you think you know about the Phantom of the Opera. This month, the masked man is making his return to Little Rock in a new musical that reveals what happens to all of your favorite characters after the events of the hit 1986 musical.
In Love Never Dies, we discover that the Phantom has escaped Europe after the events at the Paris Opera House. Ten years later, Phantom has created a new life for himself in turn-of-the-century New York, in Coney Island. When he hears that Christine Daaé, his lost love and now a world-famous opera singer, is coming to New York, he sets out to win her for good.
Along with her husband Raoul and her son, Christine makes the journey to Coney Island, unaware that they are falling into the Phantom’s trap. 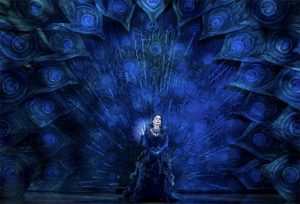 Taking on the role of Christine Daaé, a role made famous by Sarah Brightman, is Meghan Picerno. Instead of the impressionable young woman she was in Phantom of the Opera, Christine is now a renowned opera singer. This transformation from the Christine everyone knows to a mature Christine has been a “great responsibility” and an “honor,” according to Picerno. “It’s an honor to play a beloved character so many people know, but 10 years later and a more mature character,” she says
Picerno came to Love Never Dies from a different artistic medium from musical theater, but one that is uniquely fitting given Christine’s profession in the musical. Before taking on the role of Christine, Picerno came from the opera world. In her young career, she has already made a major impact, interpreting legendary operatic roles, including Cunegonde in Candide, Lucia di Lammermoor and Violetta in La Traviata.
Playing Christine is another challenging turn for Picerno because of how beloved the character is. Christine, Picerno says, has become an iconic character in her own right due to the popularity of the Phantom of the Opera, and she looks forward to interpreting it for audiences in Love Never Dies.
All of Picerno’s, the cast and crew’s hard work is paying off though. The show has struck a chord with audiences across the U.S. as the show tours. According to Picerno, audiences have a strong reaction to the show because it combines a memorable show with their memories of the original musical. “At every city across the States we’ve been – and we’ve been to over 30 cities – we’ve gotten standing ovations,” she says. “I think it touches people very deeply. For fans of Phantom, you find out what happens to your favorite characters. 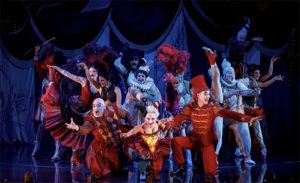 One of the stars of the show isn’t a person – it’s the set. Love Never Diesis set in early 20th century Coney Island, which is a perfect spot for Phantom to hid in plain sight while composing his masterpieces. Christine discovers when she arrives that Phantom is no longer an outsider like he was in Europe – now she is.“Coney Island at the turn of the century is not the Coney Island that we know now in 2018,” Picerno says. “We see that they are the ones that don’t fit in. This is the Phantom’s turf, this is the Phantom’s world.”
To illustrate how massive the show is, Picerno says that the average touring company requires five to six semi-trucks for sets. Love Never Dies, on the other hand, requires double that number.
That sense of scale and detail is visible in all aspects of the show, Picerno says, down to the costumes. “I wished everyone had the great fortune to come backstage and stare at these costumes. Because of the details, that is what makes it so special,” she says. 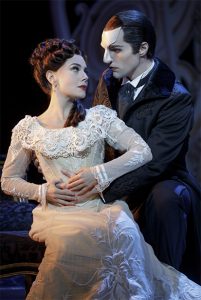 Perhaps the biggest draw of Love Never Dies is finding out if Christine finally ends up with the Phantom. While Picerno pleaded the fifth on that question, she says that Phantom’s hold on Christine is not the same as it was in the original musical. “She understands what it’s like to have responsibilities and fame, and she’s a mother, too. All of those elements protect her to a certain extent from Phantom’s hypnotic influence,” she says.
However, Phantom’s return will undoubtedly have a major effect on her. You’ll have to see the show to find out what happens!
“Truly, Phantom is one of the most compelling works, like some of the operas that have stood the test of time. It touches people all over the world, and that’s really special,” Picerno says.
Love Never Dies will run Tuesday, Nov. 20, through Sunday, Nov. 25, at the Robinson Performance Hall in Little Rock. Purchase tickets here.
Images courtesy of Celebrity Attractions and Love Never Dies.