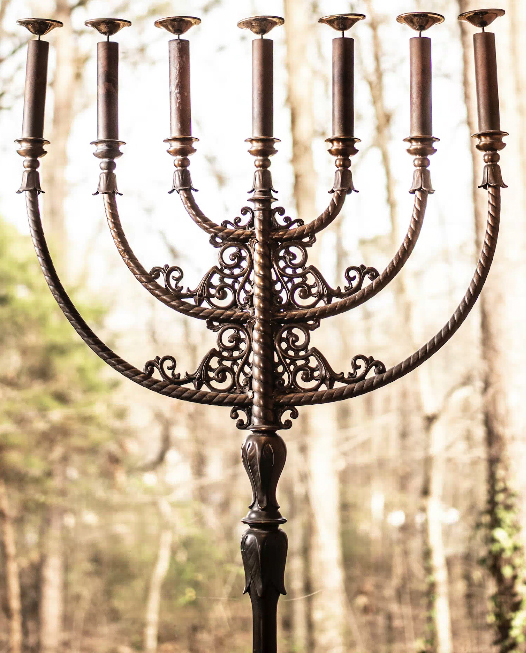 A trip over to Congregation B’nai Israel in Little Rock, a Jewish temple of Reform classification, outside of worship hours is met with strict gatekeeping. The doors, locked, and a press on the doorbell prompts a distant voice to intercom an inquiry of your business here. Upon entering, the welcome is kind, but the business is clear — between greetings, a reminder to move your vehicle from beneath the porte-cochère is given. The doors lock behind you, and the vacancy of the after-hours Temple awaits.

But this isn’t some closed off rigidness to outsiders; the congregation is one of the most open and inclusive in the entire state, regardless of religion. It is an unfortunate reality check to the world we live in.

The Soviet liberation of Auschwitz occurred 75 years ago, on Jan. 27, 1945 — a necessary freeing of concentration camp survivors due to the Jewish genocide conducted by the regime of Adolf Hitler’s Nazi Germany during the Second World War. Despite this being a European happening, the United States was rightfully on the frontlines fighting against this tyranny. In the years since, we have added these events to the rubrics of our schools across the country — public or private, religious or not — to teach children of not only the history of WWII, but also the despicable nature of anti-Semitism in its most egregious form. Across the globe, Jan. 27 has been commemorated annually as International Holocaust Remembrance Day. It serves as a reminder and a vow from the world that such anti-Semitism should never again occur.

Even still, it remains alive and well. And in recent years, it has become emboldened with anti-Semitic incidents reaching record peaks in the United States in 2017 and 2018.

“Of course, when you have people marching with torches in Charlottesville, chanting, ‘Jews will not replace us,’” Rabbi Barry Block of Congregation B’nai Israel says, “and the President of the United States says that there are ‘Very fine people on both sides,’ then that gives a lot of cover to extremist right-wing anti-Semites in this country. If you’re the President of the United States, you don’t have to be an anti-Semite to give cover to anti-Semites.”

Navigating the waters reinvigorated with prejudice has many of the Jewish faith on edge, increasingly guarded, something that falls counter to the foundation upon which many leaders and congregations conduct their places of worship — with an open and inviting approach. This paradoxical mind frame is a challenge for synagogues and temples across the country, many with already decreasing or stagnant membership. The same is true here in Arkansas. 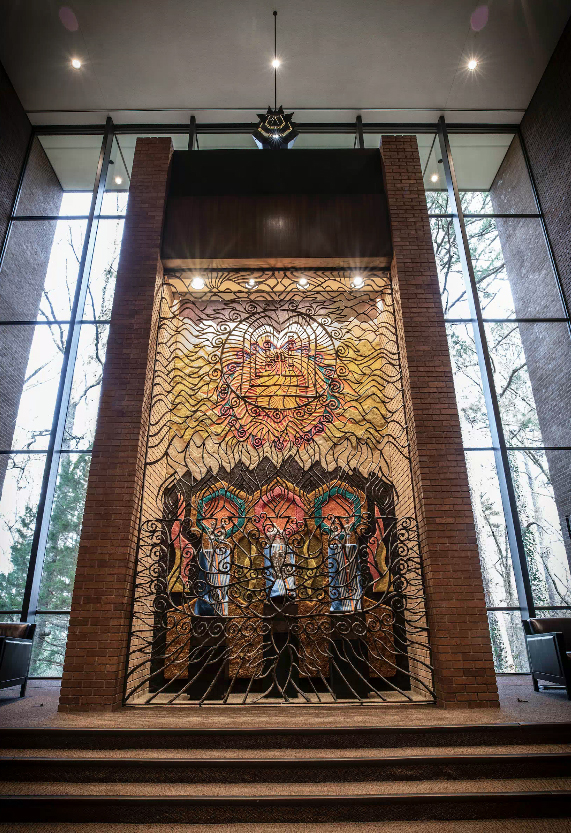 “We have really upped our security at the synagogue tremendously,” says Susan Weinstein, president of the Agudath Achim congregation in Little Rock. “We want to be safe, yet we want to be open and welcoming. It’s a delicate balance.”

Finding the right harmony adds even more ripples to an already turbulent time. In the case of Agudath Achim, the congregation just recently transitioned from “unaffiliated” to officially adopt the moniker of Conservative, one of the three main sects of Judaism in North America, the other two being Reform and Orthodox — with Reform generally representing a modernized belief system, Orthodox more traditional and Conservative falling somewhere in between, depending on the congregation. But like with any religion, there is a fluidity to these attributions, and it is much more complex than rudimentary.

The decision was not made lightly, especially given that for much of the landmark’s more than 100-year-old history, it was affiliated as Orthodox. According to Weinstein, the original decision to unaffiliate was mainly related to the seating of the congregation during worship — Orthodox prohibits men and women from sitting with one another; Agudath Achim wanted a mixed section of men and women. After nearly 30 years of being essentially Orthodox with mixed seating, the congregation made the decision to leave what Weinstein calls “no man’s land” and affiliate as Conservative after multiple surveys, meetings and ultimately a vote. 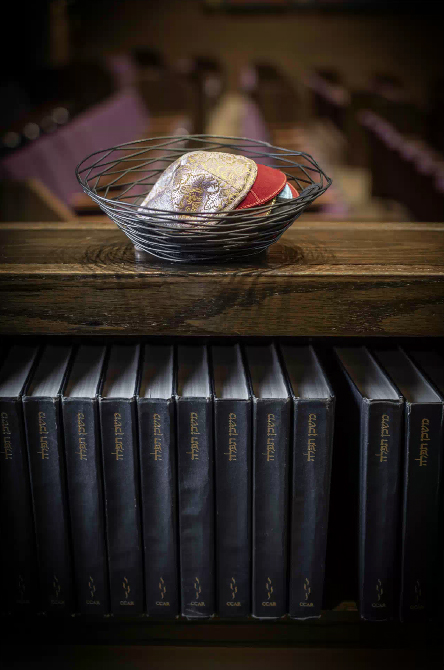 “That’s the thing that, for our congregation, is a difficult change. None of us likes change an awful lot. We run the gamut from those who want it completely egalitarian, where there’s no difference with what men or women do, all the way to, ‘We don’t want one iota to change. We want it exactly like it was.’”

Adding further to the tribulation was Agudath Achim’s dwindling membership, or member units (including families), as it is referred. Presently at 75 member units, Weinstein says that over the past few decades, membership has trended on the decline. Much of the membership base is elderly, and they have not had a Sunday school for children in a number of years.

But with that change also came distinction. At the time of its transition in August 2018, Agudath Achim became the only Conservative Jewish synagogue in the state of Arkansas.

As for the disproportionately aged congregation, the instilling of a student rabbi — the early-30s Benjamin Freed who travels in from New York monthly — has helped.

“He is amazing and has really drawn in a lot of people,” Weinstein says of the rabbinical student. “When he’s here, we get a huge attendance, including a lot more young people, as well as people who are unaffiliated or affiliated elsewhere.”

A few minutes westward sits Rabbi Pinchus Ciment, director of the Chabad-Lubavitch of Arkansas. Technically within the Orthodox sect, Lubavitch is less about one particular place of worship, and more about the grand scheme. It is a Hasidic movement, an organization, and represents one of the largest of such in the Jewish culture worldwide. Rabbi Ciment is quick to point out those differences.

“The congregation Lubavitch is not a membership-driven organization,” he says. “Lubavitch is a branch of an international movement in which it addresses the needs of Jewish people in the area, whatever that may be … As far as people who come regularly to pray, there’ll be an average of 30 people coming to pray at a service. But anybody who is affiliated with the Jewish people, is associated or identifies with the Jewish people, is somebody who we have a responsibility to care for.”

But even for a rabbi not concerned so much with labels and how occupied the pews are on the weekends, the current challenges are clear. A strict adherent to the Torah and traditional Judaism, Rabbi Ciment has a wariness of modern-day watering down of the subject matter, something that is relevant to traditionalists in all religions.

“[It] is a lack of appreciation, lack of awareness, of what Judaism says about a subject,” he says, adding that a large portion of the original Jewish community that came to America had assimilation at the forefront of the mind, rather than to strictly uphold the Jewish traditions of home. And it all, in Rabbi Ciment’s mind, came back to prejudice — that guarded nature which has unfortunately followed the community everywhere. “They wanted to come to America and not be subjected to persecution, just blend in with others. That remains a very large segment of society today.

“It’s more what they’re being taught by secular societies than what they’re taught from a Jewish perspective … So, now you have two, three, maybe even four generations of people, Jewish people, that are growing up having no idea of the things that their ancestors who came to this country had. All they know is, ‘I’ve got to blend in.’”

Rabbi Ciment also believes that so-called sects, denominations, et al, are misnomers. And he doesn’t bother himself too much with such trivialization, citing that at Mount Sinai, at which came the deliverance of the Law of Moses, there was no Orthodox, Conservative or Reform — just Jews, the original followers of the God of Abraham, Isaac and Jacob. After removing the complications, it becomes pretty straight-forward.

“The basic tenant of Orthodox Jewish Law, if you want to call it that, is there’s always room to improve,” Rabbi Ciment says. “We have to always strive to get better and more observant and more appreciative …  Never to say, ‘Yes. I am good enough as is.’”

Rabbi Block of Congregation B’nai Israel represents a continuing, Reform belief system, although one that stems beyond just a motivation to be better every day.

“We view Revelation as ongoing,” he says. “That God speaks to the people of Israel, that Torah, the scrolls, the written words in the Bible, are the Jewish people’s record of our interactions with God. And we continue to record our interactions with God, and so Revelation continues. Whereas, an Orthodox Jew might say, ‘No, it all happened in one moment at Mount Sinai,’ and, ‘What always was, always is.’”

As a leader of the largest congregation in the state, one that outweighs all others combined, and standing upright on the pillar of Reform Judaism, which also represents an overwhelming majority of Jews in Arkansas, Rabbi Block feels not only blessed, but well-postured. Fortunate that, in his seven years at Congregation B’nai, the number of households under his roof has remained stable; poised to attract and appeal to Jews in a modern world, who are looking for a progressive atmosphere.

“Reform Judaism is particularly well-positioned to take advantage of some of the societal changes,” Rabbi Block says. “At a time when some faith traditions have positions that view homosexuality, or acting on homosexuality, as sinful, we embrace same-sex couples, families, individuals. And, therefore, a pretty large percentage of folks who are seeking conversion to Judaism these days are LGBTQ.

“We are an open, accepting and welcoming congregation. Therefore, if there are people of color or families that are mixed, in terms of their ethnic backgrounds, there’s no barrier to our welcoming of such people … Our movement has made a real point to be at the forefront of women’s rights, of LGBTQ rights, of embracing Jews of color, [and] celebrating that there is a wide variety of people among us.”

While the differences between them may seem stark, at the end of the day, much of it is semantical. According to Weinstein of Agudath Achim, the three major Jewish congregations of central Arkansas all get along very amicably, maybe even more so.

“We are extremely fortunate in our community, in that the three major congregations here in central Arkansas all get along,” she says. “Many of us are members or participate in all three. This does not happen everywhere, by any means. Often there is felt to be this huge competition, and I don’t think we feel that here in Little Rock.”

Such kinship and understanding make it even more unfathomable, reprehensible, that prejudice and anti-Semitism have once again risen and are burdening the people of the Jewish faith, both here at home and beyond. Religious persecution is nothing new, but one finds it hard to shake a sense of feeling like the world should have outgrown it; at some point, it might have felt like we did. But 75 years later, we still have much to learn.

Regardless, Weinstein and her ilk will continue to find enough love and adoration for everyone.

“The culture of Judaism is to try and repair the world and be considerate of others,” she says. “I love Jewish values. Here in the South, we often hear people put in an advertisement, ‘A good Christian woman,’ meaning ethical, right? It means they’re a good person. Well, you know, if you don’t happen to be Christian, it’s kind of, slightly offensive. Because there are good Muslim people, there are good Jewish people, there are good Bahá’í people.

“Our members and our friendliness are the greatest assets that we have. We are a really warm community. We genuinely care about one another, and we really care about those around us — whether they’re Jewish or not.”