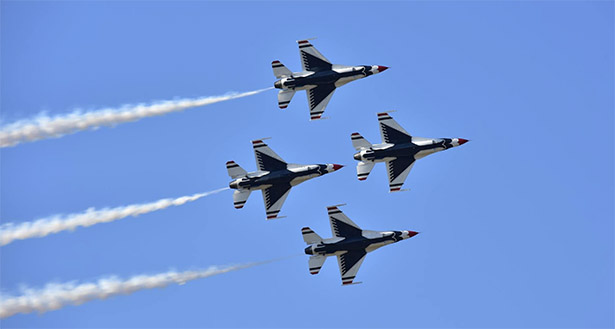 The Little Rock Air Force Base announced today that it is canceling the Thunder Over the Rock air show scheduled for late October due to continuing COVID-19 concerns.

Thunder Over the Rock, initially scheduled for October 24-25, is canceled until October of 2022.

According to a Little Rock AFB press release, the airshow and concurrent STEM Festival are canceled to focus base efforts on keeping its community safe and maintaining its combat airlift missions.

“I am disappointed to cancel Thunder Over the Rock, however, the health and safety of our personnel and of the community is of the utmost importance,” Col. Jonn Schutte, 19th Airlift Wing commander, says in a press release. “We appreciate our community’s patience and understanding as we navigate these uncertain times together –it is a team effort.”

Thunder Over the Rock, an event centered around science, technology, engineering and math education and air shows, first took place in 1955.