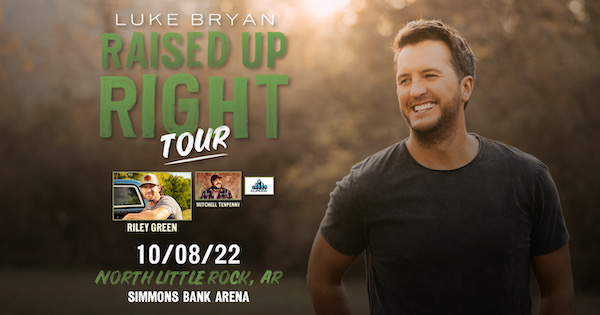 Luke Bryan is going to be “knockin’ boots” at Simmons Bank Arena this fall. The popular country music artist is bringing his “Raised Up Right” tour to Central Arkansas in October.

Bryan is one of the most accomplished country music acts of the past decade, with 27 No. 1 hits from his first 10 albums, and various plaques such as Entertainer of the Year and Album of the Decade. He’s one of the best-selling artists worldwide, in any genre, with more than 75 million records sold.