In the bizarre world of the traveling oddities shows that feature two-headed animal skeletons, dolls with fangs, lockets made out of human bones and hair and gothic artwork from the pages of a Goethe novel, one man’s crass is another man’s pleasure.

“It’s not everyone’s cup of tea,” says Michelle Cozzaglio, the developer of the Oddities and Curiosities Expo scheduled for Saturday, May 29, at the Statehouse Convention Center in Little Rock. “Some people don’t like creepy or horror, but we’ve seen way more positive interactions with those who do come to the shows.” 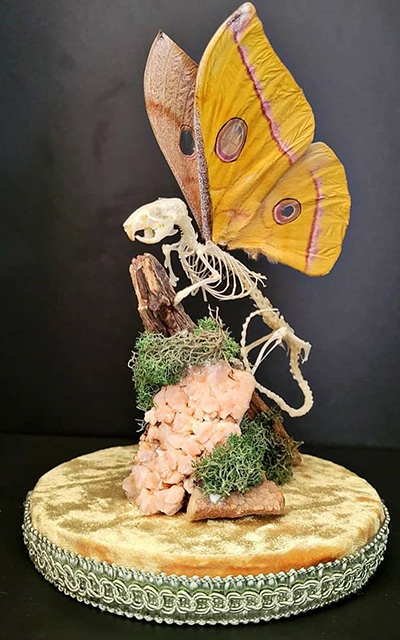 Photos courtesy of the Oddities and Curiosities Expo.

Cozzaglio, 30, and her husband, Tony, 33, created the oddities show in 2017 after expanding their massive collection of punk rock music into all things offbeat and weird. They held shows in their hometown of Tulsa, Oklahoma, and in Denver, Colorado, that year, highlighting strange antiques, “dark art” and odd collectibles from scores of vendors.

“It exploded from there,” she says. Last year, the couple scheduled 22 shows across the country. Because of the novel coronavirus pandemic, though, all but four shows were canceled. 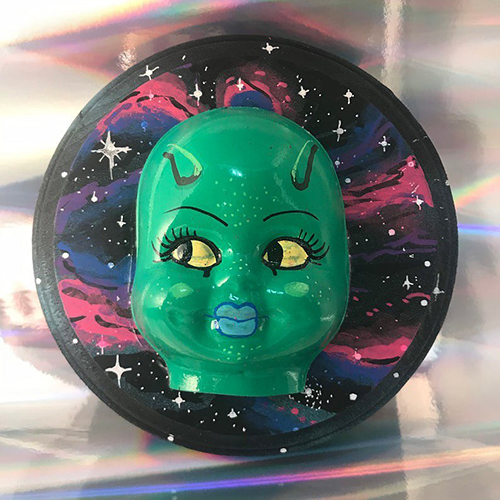 This year, they hope for better success, scheduling 26 shows. It’s the first time the Oddities and Curiosities Expo will be held in Little Rock. The show begins at 10 a.m. in Halls I-III. Tickets are $10, and children 12 and under are admitted for free. Visitors are required to wear masks.

Cozzaglio says 130 vendors will have items on display. The expo will also offer a taxidermy class for 30 people who will learn how to stuff animals and actually mount a “jackalope,” a mythical rabbit with antlers. 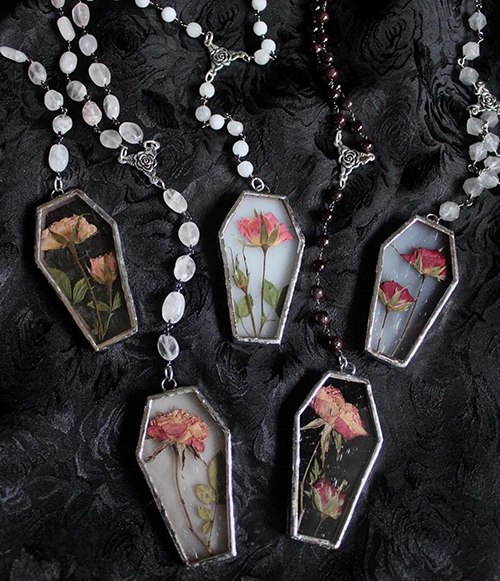 Before the pandemic, vendors also did tattooing and piercing but because of health concerns, those services are no longer available. Shows that featured sword swallowing and lifting people with straps attached to hooks embedded in their backs called “suspension” are also canceled.

Still, Cozzaglio says, there’s “something for everyone.” 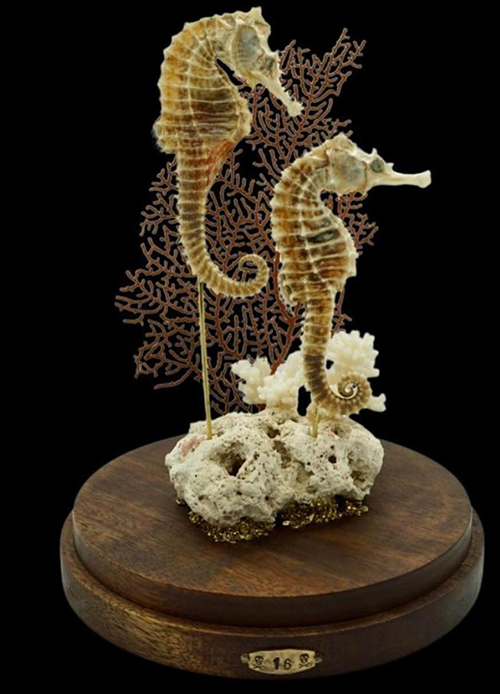 Mixed in the bizarre and ghastly, there’s also beauty. Vendors will sell shadow boxes of colorful butterflies, jewelry made from bones and creative artwork. But there’s also the gross: shrunken heads, table lamps that jut out of decapitated heads and those creepy dolls. They also sell human skulls and freakish mishaps of nature — two-headed snakes, multi-legged cats and more.

Different states have varying regulations for displaying animal and human remains. California, for example, prohibits any displays that contain deer. Arkansas laws, Cozzaglio says, are “pretty lax” and vendors can show all types of “wet specimens,” from animals to brains preserved in jars of alcohol. 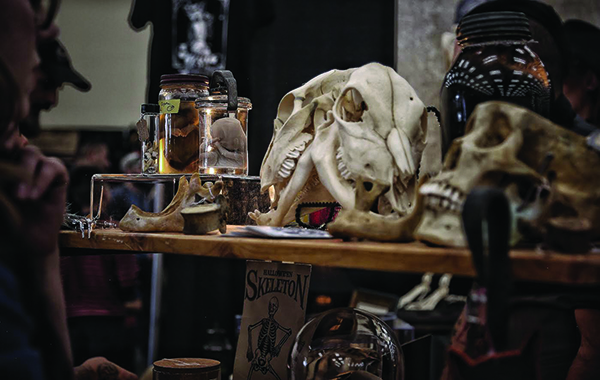 From creepy skulls to ghoulish doll heads and eerie jars of preserved creatures, there’s not much that can’t be found at the expo.

“Any two-headed animal is amazing to see,” she says. “It reminds me of the old creep shows and circus sideshows.”

The concept behind the odd expositions is not new. The Victorian culture of the late 1800s embraced human oddities on display. Known then as the “freak shows,” the events exhibited such characters as Kroa Fahini, a young girl with hypertrichosis, or excessive body hair, and proclaimed her as the missing link between apes and humans. Joseph Merrick, called the “Elephant Man” was another well-known character, as was Gen. Tom Thumb, a dwarf who grew to 3 feet, 4 inches tall. 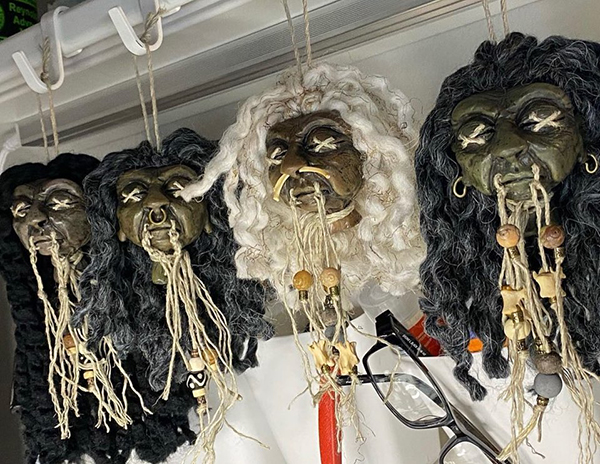 “People were fascinated with oddities and collections,” says Ren Pepitone, an assistant professor of history at the University of Arkansas at Fayetteville. “Rather than just dismissing their fascination as morbid, people were looking at oddities as categorizing differences.”

As transportation began developing in the late 1880s, it opened the world for everyday people to see things not seen before, she says.

“They felt transported when they saw these things,” Pepitone says. “It was a show of knowledge. It was the mastery of the world at large.” 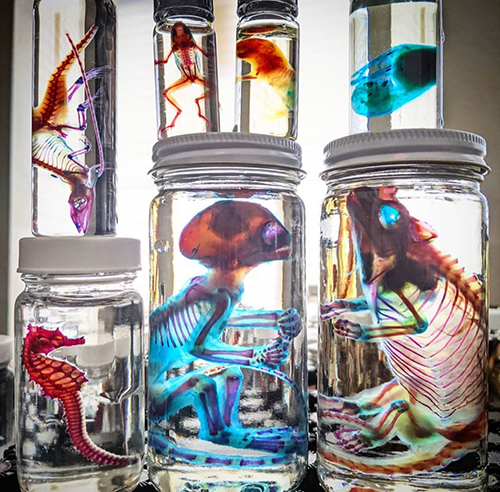 Advances in science also aided in the popularity of the “freak shows.” While scientists placed emphasis on the classifications of species, developments in preservation techniques also occurred.

The shows also empowered people. “What does it mean?” she says of people’s response to the exhibits. “It doesn’t fall into any category. By labeling it ‘oddities and freakishness,’ it reassured the ‘normal.’”

Many of the old shows were bolstered by hyperbole and exaggeration and bogus stories to draw more customers. But as those advances in science came and people began understanding the impossibilities of seeing things like the “Fiji Mermaid,” a fishtail sewn onto a monkey head and torso, the shows became less popular in the 1900s. As a result, the “Cabinet of Curiosities,” the collection of freakish souvenirs, became popular.

That concept is mirrored by Cozzaglio’s shows now. And based on attendance figures, the interest is high. 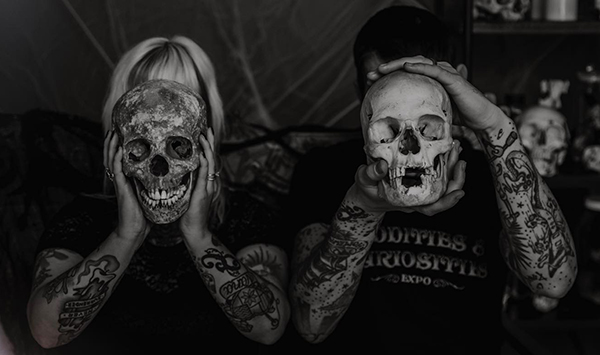 She expects 5,000 people will visit the Little Rock show. The expo held in San Diego earlier this year drew nearly 9,000.

“We have all kinds of people who come to the shows,” she says. “Some are serious collectors of oddities. Others say they just come to see the weird.”