Made in Arkansas: Denette Woodworks 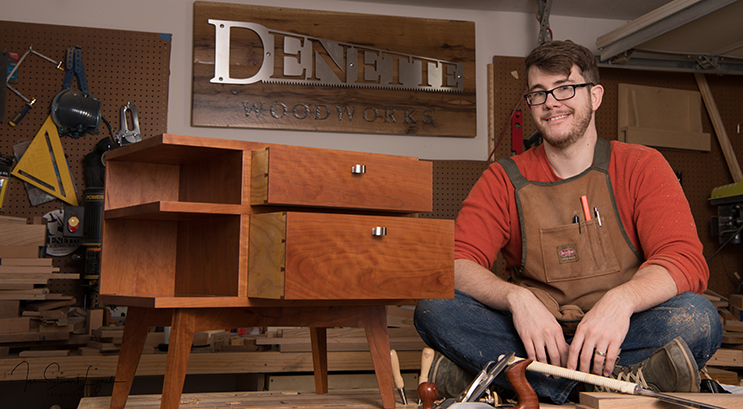 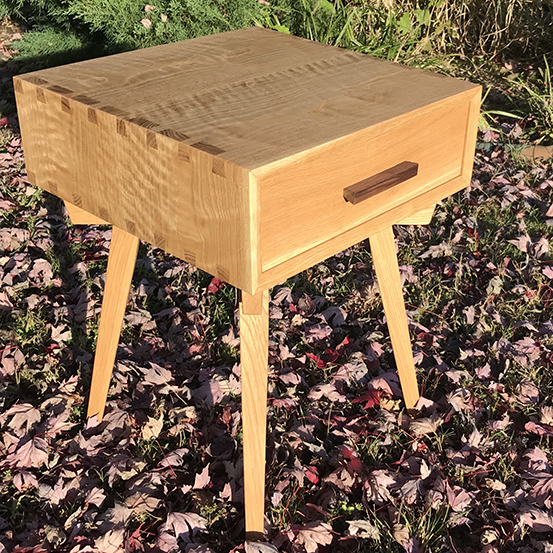 Russell Denette, full-time English teacher and part-time craftsmen, uses this mantra to describe his woodworking hobby, and with practiced skill and alternative techniques to modern furniture, he may just be on to something. 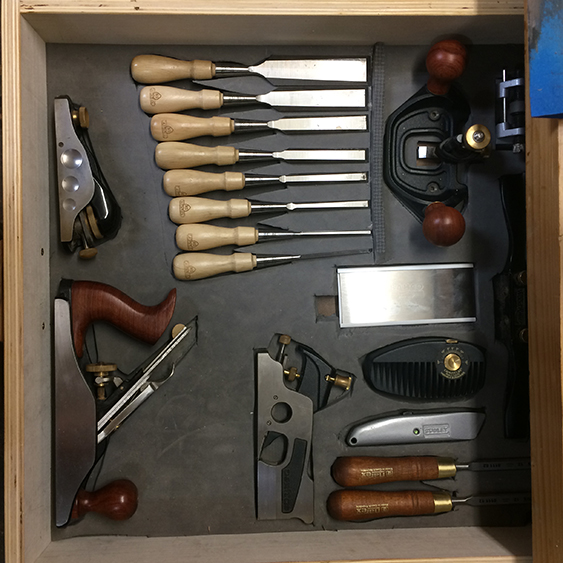 Around 2009, Denette found himself drawn to woodworking as a hobby he wanted to learn more about. He didn’t initially plan on turning the hobby into a side business, but as talent has it, that’s where he finds himself now. 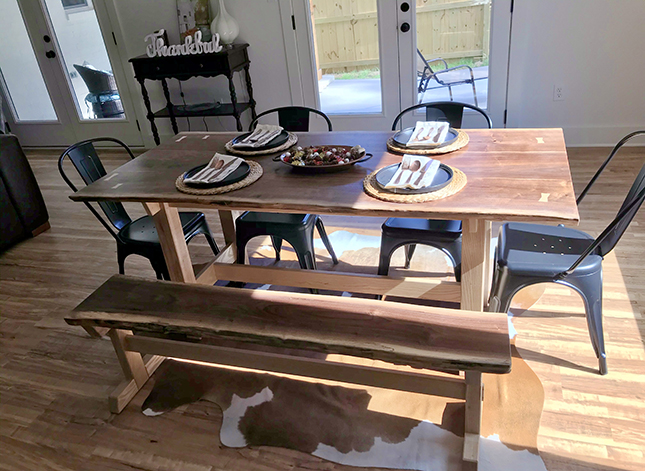 “At first, I didn’t do anything except build a few pieces for myself and learn how to do different things,” says Denette. “When my wife and I bought a house around 2014, I was able to set up shop in my garage. Since then, I’ve been building pieces for myself and clients.” Transitioning from making side tables for his own home to elegant dining tables for his client’s homes has taken him through a journey of learning different techniques and getting “crafty” with his builds. 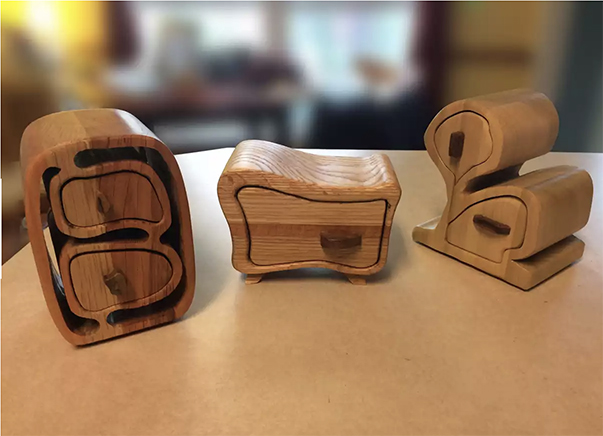 Unlike common furniture you find in stores, Denette tries to avoid adding hardware to his work. He prefers a more natural approach to compliment the wood. “If you’ve ever built furniture from IKEA, it goes a little something like this: [it] comes in a box, it’s particle boards, and there’s fiddly fasteners that [you] have to figure out how to pop together. [IKEA] is basically grown-up Legos, and that’s not what I do,” says Denette. “I try to actually cut the wood so that it will fit perfectly. This is called traditional joinery. For example, a table leg has two pieces coming into it. Those two pieces are not screwed together. There’s a hole in the leg and the other piece will fit into it like a socket.” 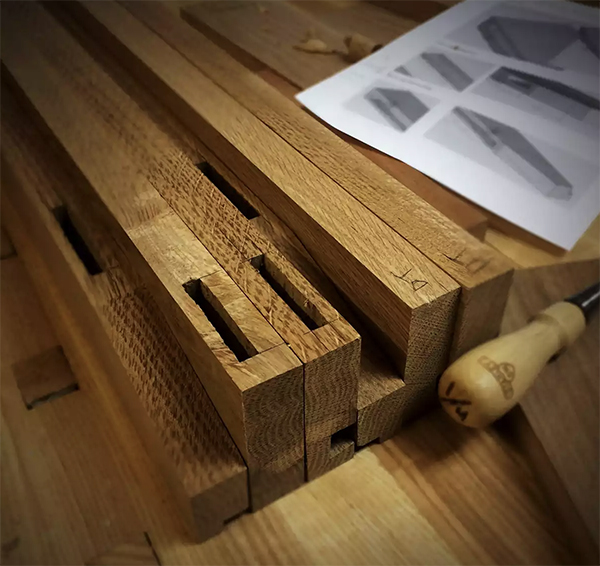 Denette’s philosophy of woodworking is centered around the word “integrity.” The “traditional joinery” he uses highlights what he believes integrity to mean: “Things should be what they seem to be.” His goal is to give his customers pieces and art that they can enjoy for years and years to come. “I aim to create heirlooms,” says Denette on his website. His extensive portfolio and string of positive customers prove the quality of work Denette shoots for with each project. 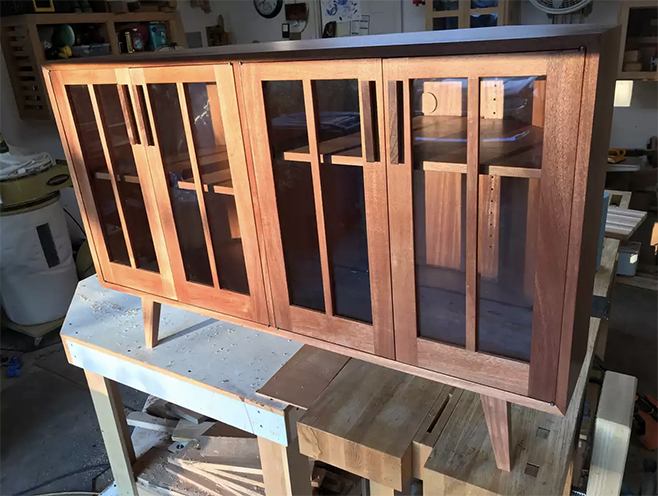 As far as preferred styles and projects go, Russell Denette has found one that continues to impress him. “I like the mid-century modern aesthetic a lot. [Mid-century modern] has a lot of really dramatic funky angles and eccentric designs,” says Denette. “One of my favorite pieces I’ve built is a small mid-century modern side table that I made the summer after my son was born.” Anyone with children understands that sometimes projects and work can be prolonged, and Denette learned that well. “I was just kind of getting into the shop when I could, and I didn’t really take on any commissions that summer,” says Denette. “In working on [that], I learned a lot of new techniques and really took my time. [It] was an exercise and the best practice in anything. From design to picking out the wood to how the pieces fit together, I really learned a lot from that funky side table.” 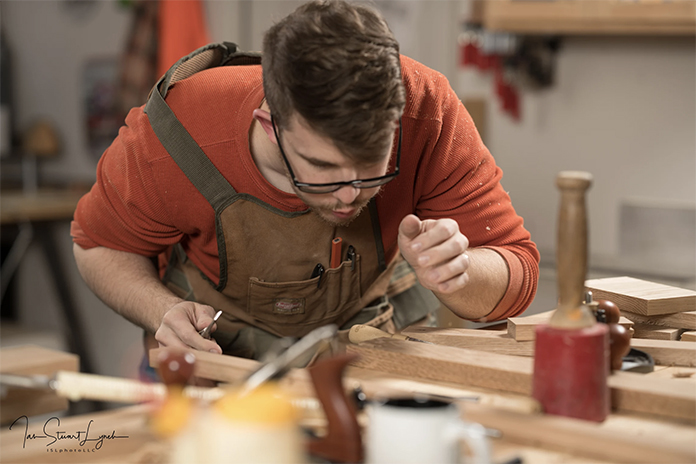 A dedicated hobbyist with a passion for creating practical works of art, Denette is proud of what he does. “Woodworking is a combination of patience and attention to detail. [It’s] 50/50 art, 50/50 engineering,’ says Denette. “You really get out of it what you put into it. If you don’t take any shortcuts you’ll get something that will long outlast you. That’s the kind of furniture I make.”