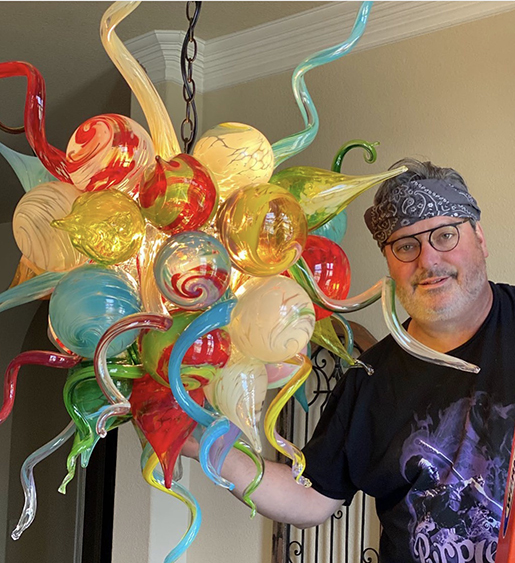 For this week’s segment of Made in Arkansas, AY About You talks with professional glassblower James Hayes.

Hayes grew up in Pine Bluff, where his home and studio are located now.  He graduated from Hendrix College with a degree in art in 1988. Later that year, he began to take glass blowing classes at the Arkansas Arts Center. 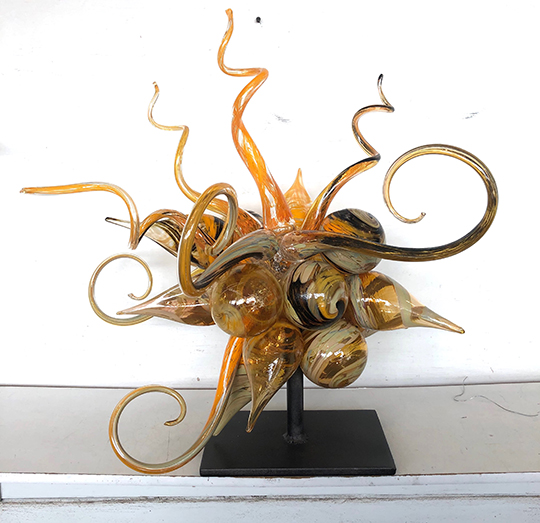 “I knew that I wanted this to be my career,” Hayes says.

A stroke of luck would change Hayes’s future forever. 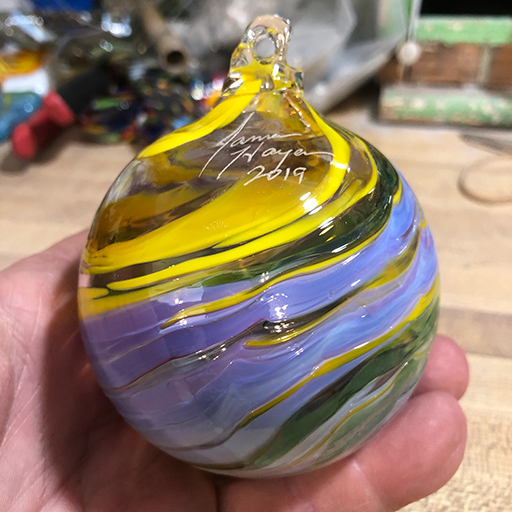 “I hit a hole-in-one during a golf tournament and won a new car. Well, I already had a fairly new car, so I sold this one and used the money to start the James Hayes Art Glass Company. I’ve been doing it for 32 years now,” Hayes says.

In addition to art, Hayes also studied business and marketing at Hendrix, as encouraged by his father. 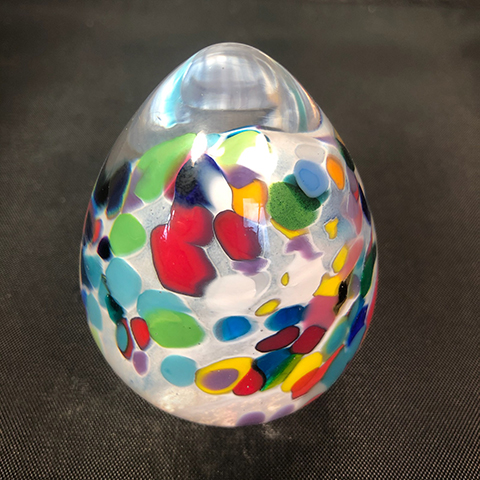 “My dad told me that doing something that you love will make you happy for the rest of your life, and that’s true.”

Hayes has traveled the world studying art, from Hong Kong, to Istanbul, to Paris, and says that he has developed a “real zest for life.” 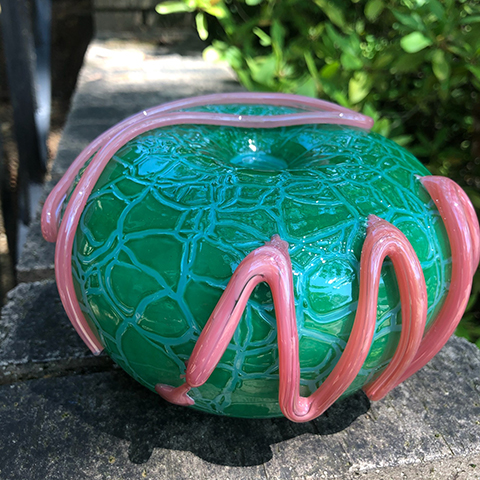 Hayes explains how he knew that glass blowing was for him. 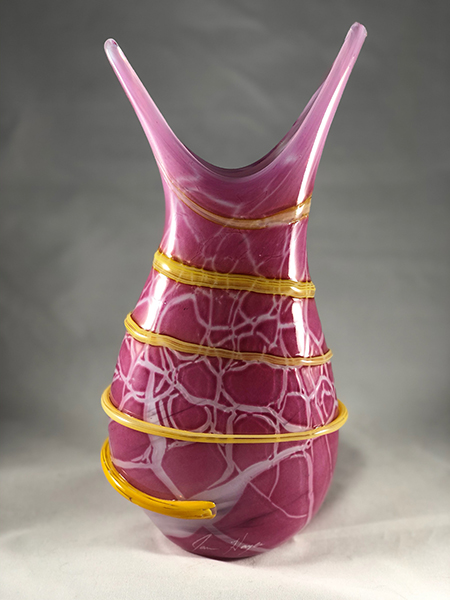 Additionally, compared to other art forms, glass has a quick production time.

“Glass is ready to sell within 12 hours,” Hayes says. “Unlike pottery where you have to check it, and heat it up some more, and check it again.” 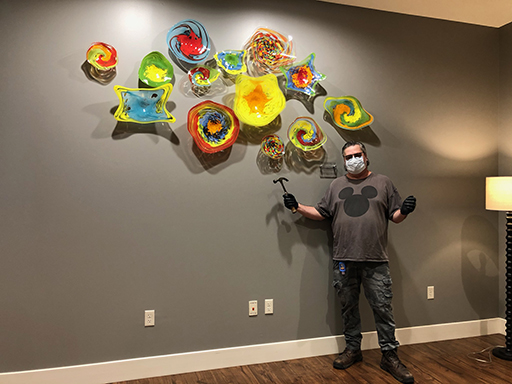 “The biggest is in Hope, Arkansas– it’s 15 feet long and took four days to assemble,” Hayes says. “Another major chandelier is at the Arts and Science Center in Pine Bluff.” 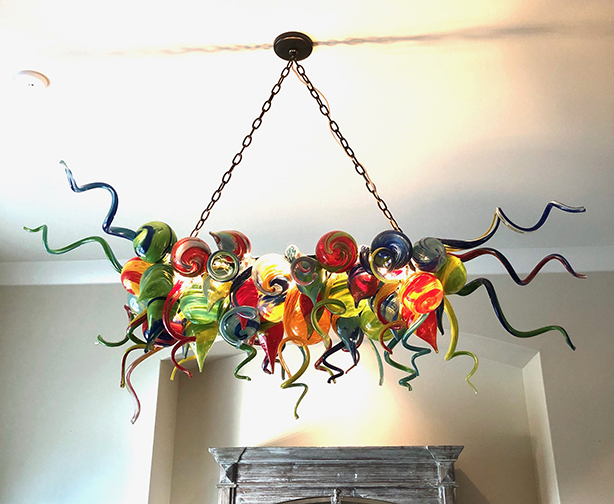 Additionally, on October 10 and October 17, Hayes will be having a glass pumpkin patch. 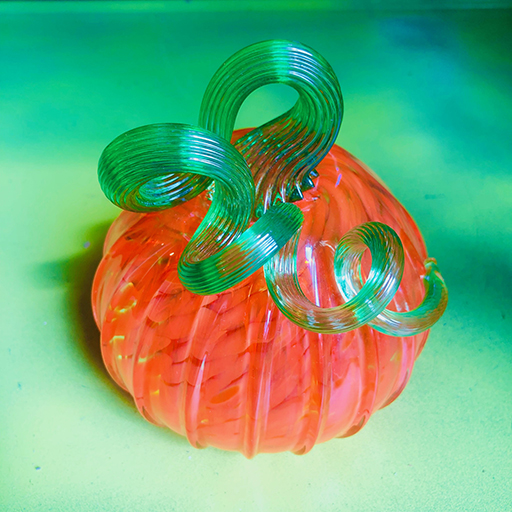 The location for that will be at his shop, at 2900 Ridgway Road in Pine Bluff.

“My showroom is small, but it is open. Social distancing and wearing a mask is required,” Hayes says. “We’re the mask police and we’re very careful.” 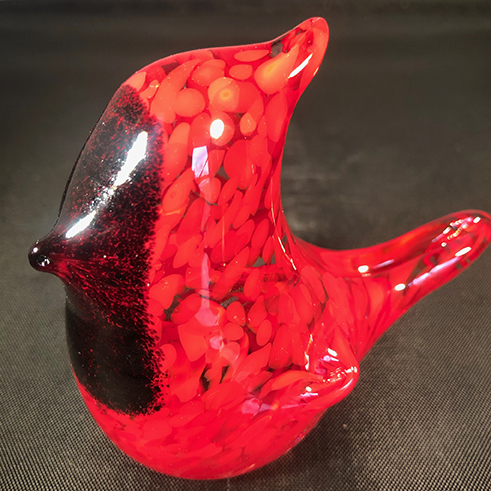 READ MORE: Made in Arkansas: Fischer’s Honey Has Been a Sweet Neighborhood Treat for Decades