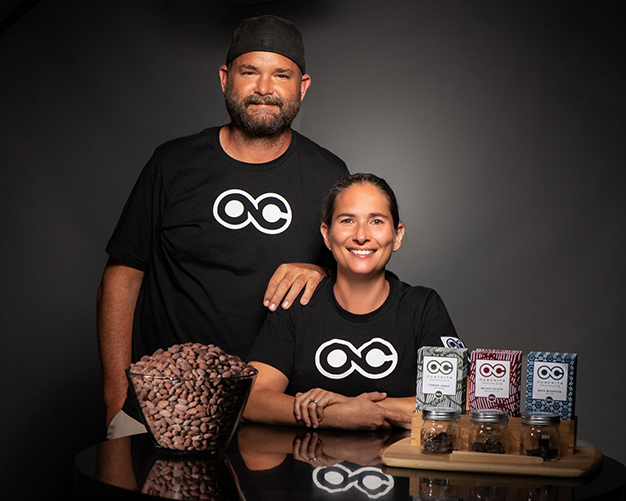 Happy Friday! For this week’s Made in Arkansas, AY About You is snacking on Ouachita Chocolate, the ethically-sourced, single-origin chocolate made in Hot Springs.

Joel Rush’s journey into becoming a chocolate maker began when he stumbled upon an article about craft chocolate. He was not just interested in the results, but he wanted to learn about the actual process of making the chocolate. 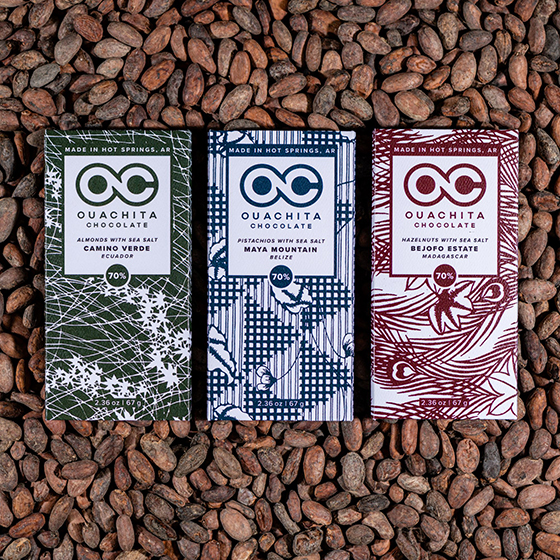 “I was reading about craft chocolate, and while there is a lot of problem solving involved, it is such a scientific process,” Rush says. “I ordered some chocolate from San Francisco from the company I’d read about in the article. I’d never been a huge dark chocolate fan before, but it was just amazing. I knew I wanted to try to do it.”

His wife bought Rush equipment to start making chocolate of his own for his birthday that year, and he has been making chocolate ever since. His company, Ouachita Chocolate, now has a factory in Hot Springs. 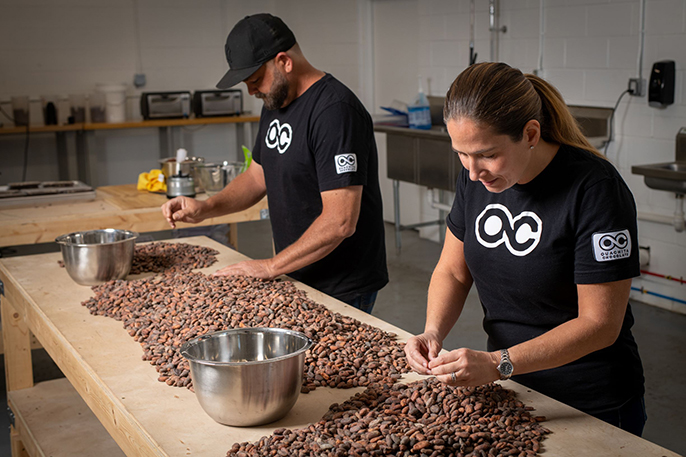 One of Rush’s primary goals with Ouachita Chocolate is to make delicious chocolate without preservatives and to ethically source his cacao beans. Each chocolate bar has only two ingredients, cocoa and sugar. The chocolate comes from farms around the world that are responsibly run so Rush knows he is supporting good organizations; the farms are often family owned as well. All the cacao is shelled and ground in the factory.

“We sort every bean by hand, and only choose ones that are perfect to make our chocolate,” said Rush. “Every bean is handpicked.” 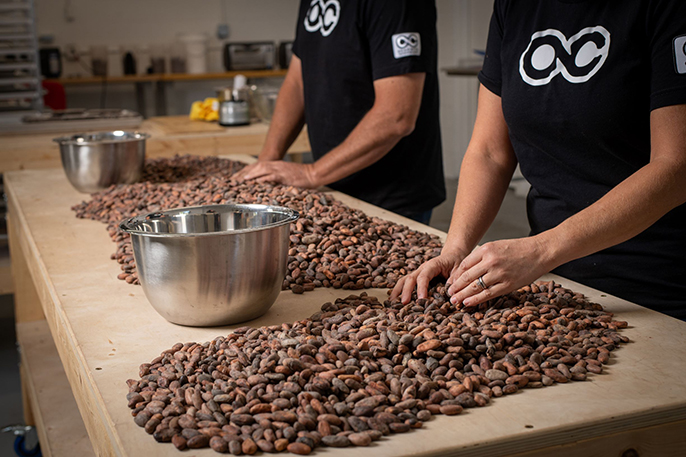 Rush is always experimenting with different flavors and combinations, but Ouachita Chocolate currently has six main products. The chocolates are all single-origin, and each is named after the place where Rush gets the cacao beans. The Ecuador—Camino Verde chocolate is from an agricultural co-op and has a fudgy taste, as well as being Rush’s favorite. The Belize—Maya Mountain chocolate bar is more citrusy, while the Madagascar—Bejofo Estate bar is more of a “red wine chocolate,” according to Rush.

Each of those chocolate bars also has a counterpart called an “inclusion bar,” which pairs the chocolate with a different kind of nut. The Ecuador chocolate bar is paired with almonds, the Madagascar bar with hazelnuts, and the Belize bar is paired with pistachios. Rush and his team paired each chocolate with many different kinds of nuts to decide what would pair perfectly with the taste of each kind of chocolate Each of the inclusion bars also has sea salt to deepen the flavor. 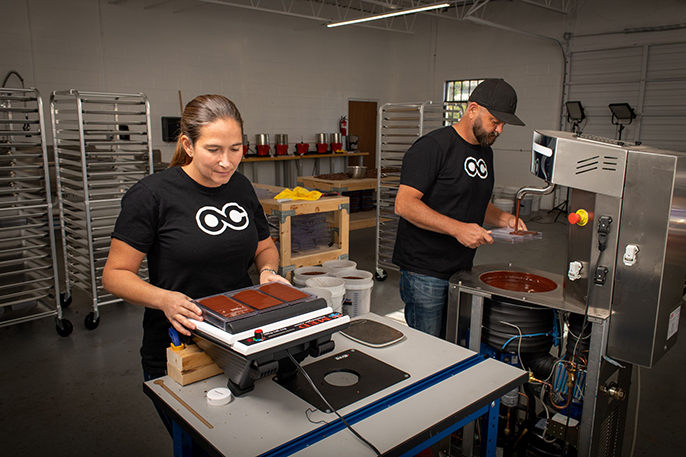 Ouachita Chocolate is also going to be featured in Oaklawn Casino’s new restaurant, which is set to open on December 23. Their chocolate will be used to make a chocolate dome that covers the Grand Marnier cheesecake that will be featured on the menu, as well as other decadent desserts. Ouachita Chocolate has also partnered with Lost Forty Brewing in Little Rock and Superior Bathhouse Brewery in Hot Springs to make special chocolate products and beers.

Customers can purchase Ouachita Chocolate directly from its website. The chocolate is also available in stores around the state, including Eggshells in Little Rock and the Savory Pantry in Hot Springs. Keep up Ouachita Chocolate on Facebook and Instagram. 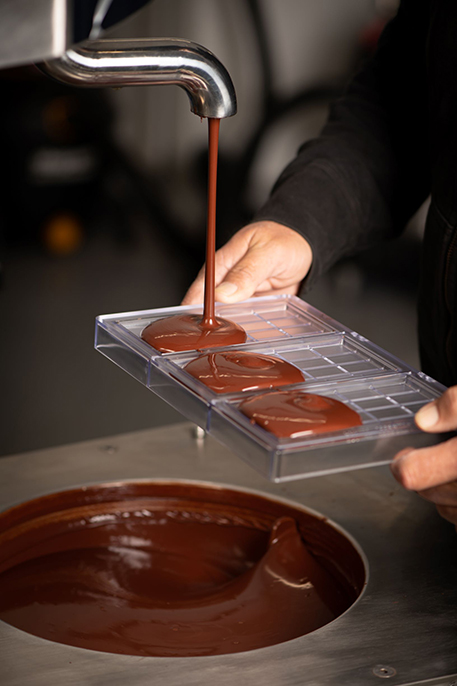 READ MORE: Charlotte’s is the Place for Pie 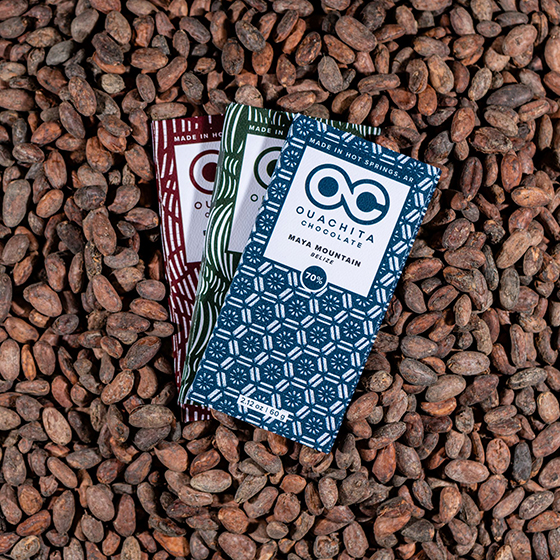