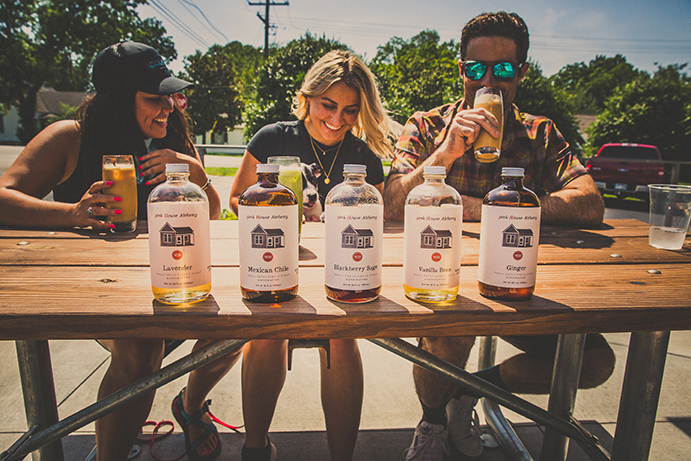 Happy Friday! This week’s Made in Arkansas spotlights the farm-to-bottle creations from Pink House Alchemy in Fayetteville.

Emily Lawson was working at a farmer’s market in Fayetteville when she made her first simple syrup in 2013. At the time she was a pre-med student at the University of Arkansas, but she was drawn to culinary work. Using lavender she bought from the market, Lawson brewed a flavored syrup. She hoped that using locally sourced ingredients would be a good outlet for farmers, and the syrup could be used in a variety of ways. Plus, the results were delicious. 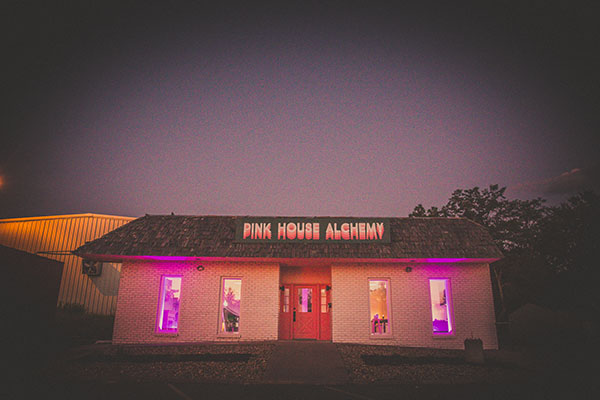 She named the company Pink House Alchemy after the 113-year old pink house where she began making her syrups. The name, which can be abbreviated as “pH Alchemy,” also refers to the scientific-like process Lawson and her team uses to bring the best out of the ingredients they use.

“The word alchemy refers to the process of turning something into gold,” said Lawson. “What we love to do is make whatever product shine. Cooking everything perfectly is a labor of love, and we make gold out of every product.” 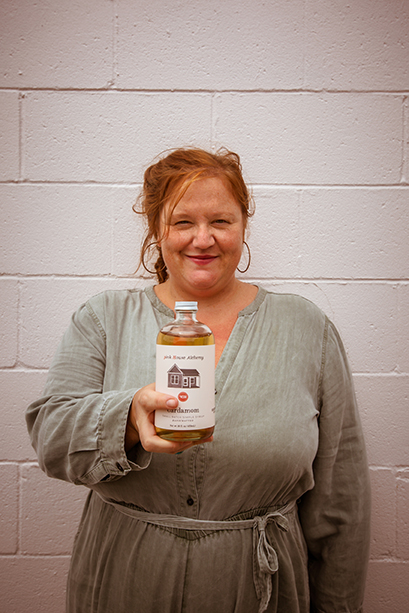 Pink House crafts three specialities to sip, mix and cook. The first are simple syrups, “spoon ready” liquids made from cane sugar that can be used as a flavoring for cocktails, coffee and even food. The shrubs, another product, are syrups whose ingredients receive a vinegar treatment. They are available in pineapple rosemary and ginger products, and the fermenting process also makes them probiotic drinks, which makes them good for your gut. Finally, bitters are flavored liquor that are perfect for mixing cocktails.

Lawson has continued to source her ingredients locally whenever possible, with a focus on “whole botanicals.” Pink House has recently partnered with Heifer International to provide their herbs. 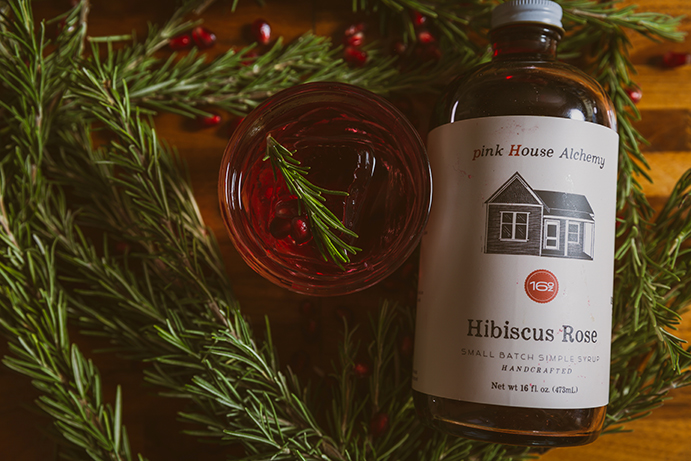 Each product is available in a variety of flavors. Current seasonal favorites include the Winter Mint that can be used to make hot chocolate. The Cardamom syrup is another favorite, and its vanilla and cinnamon flavors make it a perfect ingredient to bake into seasonal favorites or add to coffee.

Newer products are part of Pink House’s mission to be completely zero waste, according to Lawson. A new line called Shake will launch in early 2021 that features powders made from dehydrated ingredients, such as cardamom, which can be used to flavor lattes. The alchemists also sell dehydrated fruit used in making their main products, and the items make beautiful garnishes on cocktails or work as a delicious snack—grapefruit is the most popular among the Pink House alchemists. 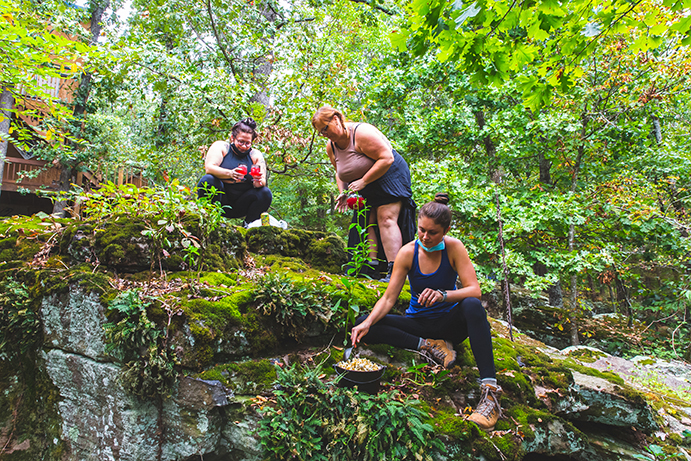 Restaurants and bars all over the state use Pink House products, from Onyx Coffee Lab in Fayetteville to the Root in Little Rock. People can also purchase Pink House for their at-home kitchens as well, and you don’t have to be an expert mixologist to craft a cocktail from their products. Pink House has a list of recipes on their website for home chefs to try. Shops around the country keep Pink House stocked on their shelves.

“Poke around in your local places,” said Lawson. “You’ll find us.” 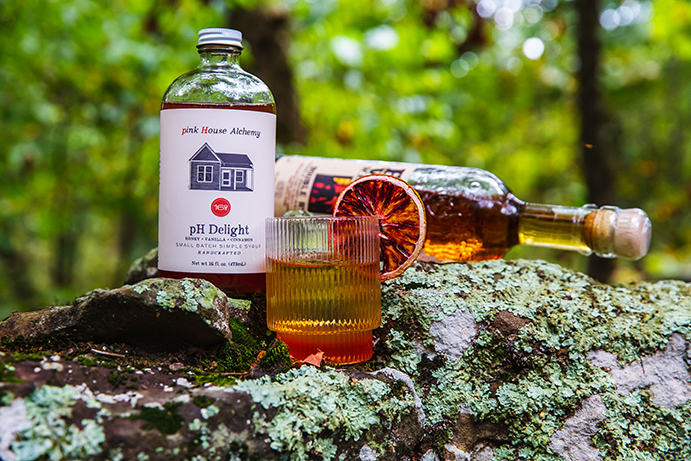