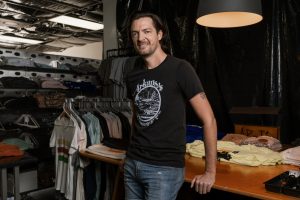 For this week’s Made in Arkansas, AY About You is featuring AR-T’s, a Little Rock-based screen printer that specializes in Arkansas-inspired t-shirts.

Justin Sharp thought about opening a t-shirt business for years before starting AR-T’s in February 2016. 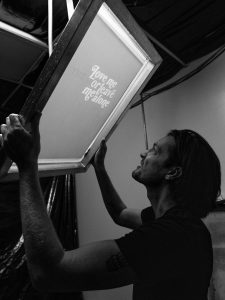 “I played around with the idea in college with a friend,” says Sharp. “I’ve always been a creative. I worked at a desk job for six or seven years, and I was just yearning for something creative and something I was passionate about. Finally, I bit the bullet, and I started AR-T’s.”

Sharp studied up on the screen printing process, bought the necessary equipment, and steadily learned the craft by watching YouTube videos and by doing it himself. His first product was the Holy Smokes shirt, which began selling in Moxy Modern Mercantile in SoMa before AR-T’s even had a website. More than four years later, AR-T’s is still going strong. Sharp recently made it his full-time job to run the shop. 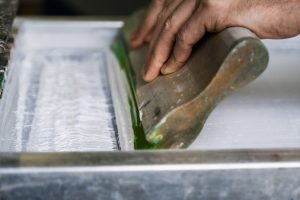 The name AR-T’s is a play on both the word art and the phrase Arkansas tees. Sharp creates all the designs that are printed onto his products, and he is especially inspired by the Natural State. Sharp’s favorite design is currently the new Classic Little Rock tee, which has only been up on the website for a few weeks.

“I kept seeing other cities with their own designs, so I made one for Little Rock,” Sharp said. The shirt comes in white and gray. 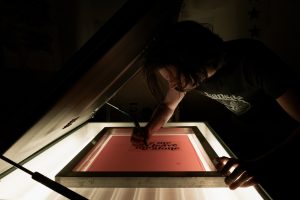 Other designs include his recent “Vote” shirts, which come in bright blue, and Halloween-inspired designs like the candy corn “Love me or leave me alone” shirt. Aside from t-shirts, AR-T’s also sells long-sleeved shirts, sweatshirts, bandanas, and even masks.

Sales also shot through the roof for AR-T’s during the initial months of the coronavirus pandemic. Sharp’s “Fauci Fan Club” shirt, which included an image of Dr. Anthony Fauci, was especially popular. The product was the number one selling Fauci shirt on Etsy for two months. The news and culture website Vox even featured Sharp and AR-T’s in an article about Fauci-related merchandise. 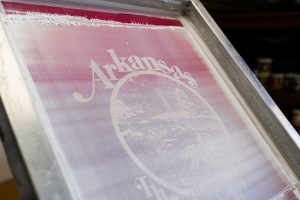 Aside from Moxy, Sharp sells his products in a variety of shops in Central Arkansas, including the Arkansas Arts Center Gift Shop, Bella Vita Jewelry and Domestic Domestic. AR-T’s can also do custom screen printing for group orders.

Sharp still does his screen printing manually, and has a studio in Little Rock where creates his shirts. This manual process means that every AR-T’s product is printed by Sharp himself. 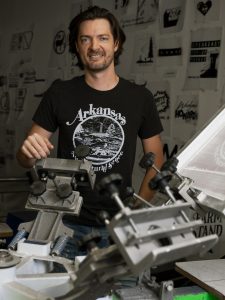 “I’m still a one-man shop. Everything I sell was made by me,” said Sharp.