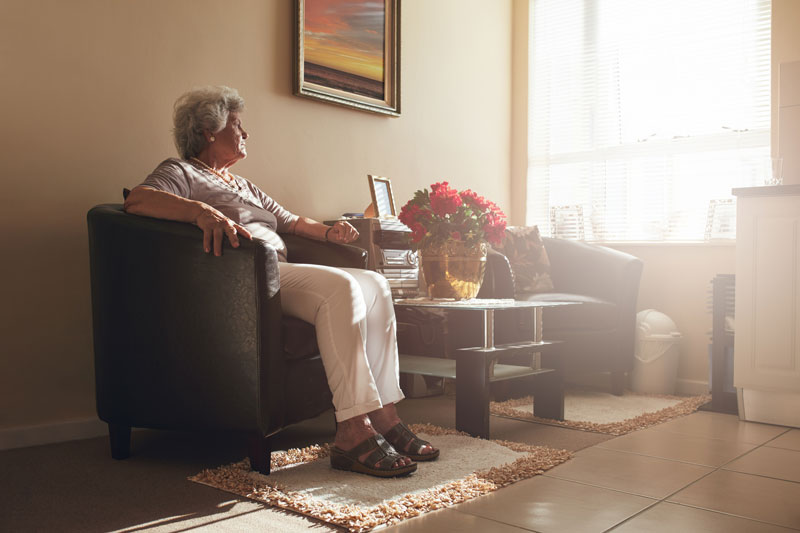 [dropcap]A[/dropcap]ccording to Census Bureau estimates, there will be 55 million people age 65 and older by 2020 and 70 million by 3030. That’s double the headcount of 2006. Survey after survey shows that the overwhelming preference — and expectation — of these seniors is to remain independent after retirement age, starting with where they live.

A recent survey by AARP found that 87 percent of adults in this demographic want to stay in their current home and community as they age. The sentiment is shared by those ages 50 to 64, who are approaching retirement, 71 percent of whom want to age in place. According to an Associated Press-LifeGoesStrong.com poll, 52 percent of Baby Boomers want to stay put indefinitely in retirement.

Mike Martin of Little Rock understands this attitude all too well among seniors, as he comes face-to-face with it every day.

“I think the desire to stay in their own homes is the same as it ever was, that hasn’t changed,” he says. “Now, their ability to do so, and do so safely, is a whole other matter.”
Martin, who owns the Little Rock franchise of Visiting Angels Home Health Care, says what challenges the desire to stay in one’s home is also not new. Age- or illness-related limitations make climbing stairs or getting in and out of the bathtub challenging, even dangerous, right within seniors’ own homes.

Decreased access to social interaction can also be a challenge when remaining in one’s own home. Neighborhoods experience turnover as people die or move away and it can be difficult for a retiree to have a meaningful interaction with others who are in a different phase of life. Throw in mobility issues, such as the inability to drive, and it’s easy to see how an older person can become increasingly isolated, particularly if a spouse has passed and family lives far away.

Increasingly, home health companies such as Visiting Angels are filling that void. Martin’s crew of about 60 employees helps prolong the length of time seniors can stay in their homes by providing a range of services that help preserve independence and quality of life. Among these services are running errands, preparing meals, performing light housekeeping or assisting clients with mobility issues. They also assist with personal aspects of day-to-day living such as dressing, grooming, daily hygiene, bathing, and toileting.

Visiting Angels is just one of a rapidly proliferating number of home health care providers locally and part of a nationwide boom in these type of service companies.

According to the Bureau of Labor Statistics, home health and personal care aides are expected to top 1.3 million workers in 2020, a 70 percent increase in the space of just 10 years.

Home health care is typically less expensive than nursing home care. ABC News reported one company’s 20-hour-per-week home health package cost about $18,000 per year while average nursing home costs ran as much as $70,000 or more annually. Veterans benefits and Medicaid often pick up some or all of the tab, depending on the individual’s situation.

But, as Martin points out, more home health care options do not necessarily mean better ones, and he urges prospective clients to do their homework before hiring a cut-rate provider. Number one among his recommendations: Ask lots of questions about who’s giving the care.

“Also, with employees, we can go in and supervise and direct them and hold them accountable for their actions. You can’t do that with independent contractors.”

Another extremely fast-growing component of the senior living market is independent living communities. These complexes, which offer a wide range of living options from efficiency apartments to stand-alone bungalows or patio homes, are considered by many seniors an acceptable and comfortable alternative to staying in their house.

“I would say the typical independent living resident is really looking to downsize and simplify their life,” says Amy Millea, sales and marketing director for Woodland Heights in Little Rock, which has 104 of its 167 units designated for independent living. “They’re really wanting to keep things simple within the building. They’re really looking to keep everything within this parameter.”

Many residents find moving into independent living no more limiting to their independence than downsizing into a smaller home or from a house into a regular apartment. This may explain why the industry continues to add capacity and has yet to keep up with demand.

According to McKnight’s Senior Living, a website and newsletter for owners of senior care centers, senior housing occupancy topped 90 percent nationally in the last quarter of 2015, representing sharp growth in demand since a low point of 87 percent occupancy in the first quarter of 2010. Over that five-year period, 50,000 new units came online nationally, undercutting demand by 60,000 units.

Specific to independent living, occupancy at the end of 2015 was at its highest level since 2007 and has surpassed the occupancy rate of assisted living units since 2012.
Amenities vary widely with each community, but may include laundry and housekeeping services, meals and shuttles for running errands. Some also offer specialty services right on site such as a beauty shop, fitness center or a bank. A meal plan may or may not be included, but common areas and an activities program are generally very common.

“When people come here they know what they want to ask about and look at,” Millea says. “Some of the other things that they’re really interested in are the activities. What do we have going on?”

Activities are more than mere diversions; experts say socialization and engagement are important for cognitive and emotional health. To accentuate this, Woodland Heights takes steps to help new residents assimilate quickly to make friends, get their bearings and get involved with various activities, ranging from Bingo and card groups to Bible study and a residents’ advisory council.

“It can be a little bit like high school coming in,” Millea says. “Where do I sit in the lunchroom? How does this work? What do I do for my trash? We found the best way to assimilate them is to have an already settled resident mentor them. Each floor has a floor rep and that floor rep’s job is to get with the new resident, host them at dinner and answer questions. They get introduced to different residents and get to know people.”

One other important attribute to look for when shopping an independent living community is to consider future needs, says Millea. Woodland Heights, for example, offers assisted living and memory care to accommodate residents’ future health needs without changing communities.

“We call it the continuum of care,” she says. “About 50 percent of the inquiries I get for independent living say they’re looking for a place where they don’t have to move again. What’s so great about our community is we have so many different options, you can go from independent to assisted and still keep your same group of friends.”