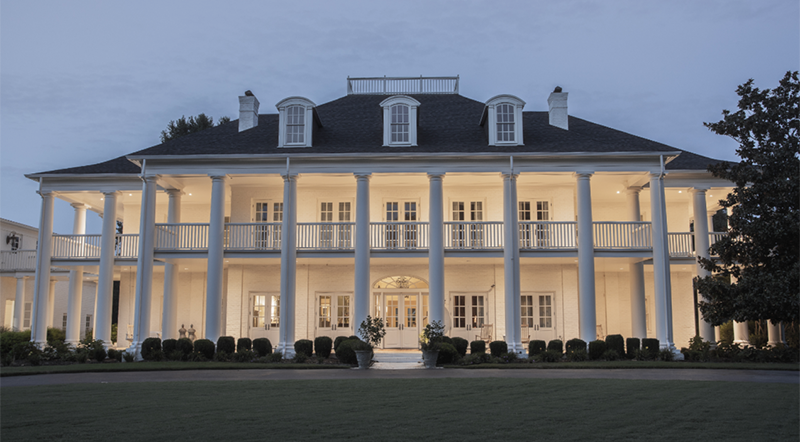 By Tracy Courage
When it comes to buying a house, the number one real estate rule still rings true: “location, location, location.”
Central Arkansas’ housing market offers some of everything – from riverfront condos to historic homes to quaint cottages and estates with large acreage. Home sales in 2018 mostly kept pace with 2017’s sales until the last quarter when sales started picking up, says Casey Jones with The Janet Jones Company.
“When interest rates start going up, that’s sometimes the catalyst for people who have been hesitant to buy,” Jones says. “Plus, we’ve had some really good houses on the market.”
Of homes sold in 2018 in Central Arkansas, a majority were in Little Rock.
“Our market is a lot stronger than most people realize,” Jones says. “The demand is there for homes in good areas, and they sell relatively quickly, especially if they are priced at market value. From downtown to the west is where we see the most activity.” 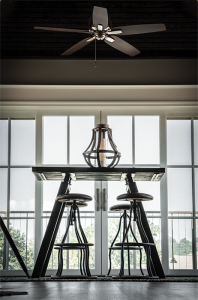 The Central Arkansas housing market is strong, with ample opportunity to find a home with great views and big city accessibility, like this Rockwater Village home. Photograph by Jamison Mosley.

Buyers generally want homes that fit their lifestyle and budget. For families with children, finding a home in their preferred school district is especially important. And most buyers want to live close to their workplace, or within a reasonable commute.
“The beautiful thing about Little Rock is you can get from one end of town to the other in 30 minutes,” Jones says. “Everyone coming from out of town appreciates that. You can live in Chenal and work in downtown, and it’s a manageable drive.”
Robert Kline, executive broker and president of The Property Group, sees a competitive market in Little Rock and expects more growth with the election of Little Rock’s new mayor, Frank Scott Jr.
“I think he will help bring in more business and more economic opportunity for the area, and that affects the housing market,” he says. 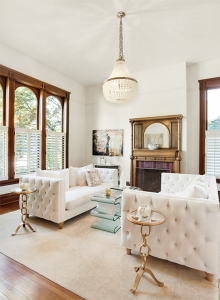 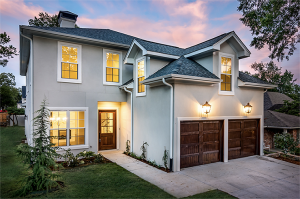 Find new homes in one of Little Rock’s oldest neighborhoods, like this Richard Harp construction on North Pierce.

Hillcrest and Heights
For walkability and historic character, Little Rock’s Hillcrest and Heights neighborhoods stay in-demand and keep their value.
Located west of downtown Little Rock along Markham Street, Hillcrest’s charming, turn-of-the-century cottages situated near boutiques, art galleries and restaurants make Hillcrest a favorite among homebuyers. The neighborhood was established as Little Rock’s first suburb.
“People want to be there because they want character homes,” says Holly Driver with Aspire Realty Group. “The old history is what they’re looking for. They like to walk to shops and restaurants.”
Two-bedroom cottages start at around $250,000 and tend to hold their value.
“Usually, if it were a good house and priced right, it goes fast,” she says. “There’s so much competition.”
The neighborhood is also seeing a lot of tear-down with new construction and rebuilding.
The Heights, north of Cantrell Road, is a trendy, upscale neighborhood with larger homes, many built on the bluffs overlooking the Arkansas River. It is considered one of Little Rock’s most affluent neighborhoods. 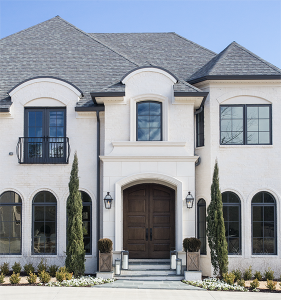 The Chenal area of West Little Rock has no shortage of beautiful homes, like this one, built by Bill Parkinson. Photograph by Janet Warlick.

West Little Rock
In west Little Rock, the popularity of patio homes is fueling development in several new areas.
Patio homes have become a popular option for people looking to downsize, empty nesters and first-time homebuyers, Driver says.
One of the largest developments is Wildwood Place, a Chenal development off Denny Road. Most homes are three bedrooms, two baths with an average square footage of 2,300 square feet. Prices range from $300,000-$375,000.
For homebuyers wanting more space, the Belles Fleurs is another patio home development with small lots and larger homes with typically four bedrooms and 2.5 baths. Upscale finishes raise the average home price to about $400,000.
A popular neighborhood for those who prefer to build and want more land is Westcliffe, located two miles south of Ferndale Cut-Off and Kanis Road on the line between Pulaski and Saline counties. The development offers “estate living” with homes that start at 2,500 square foot. 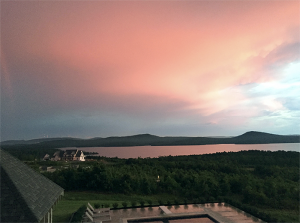 Waterview Estates is home to some of the last available lots with beautiful views of Lake Maumelle. Photograph by Bill Parkinson.

ROLAND
The community of Roland, tucked between Lake Maumelle and the Arkansas River, might not be top of mind when considering where to live in Central Arkansas, but this town with less than 1,000 residents is home to one of the region’s most extraordinary neighborhoods.
The Waterview Estates, which sits on Highway 300, just under 7 miles from the expanding west Little Rock region, delivers to new residents a very “vacation-esque” home with river views, mountain ridges and so much more. The neighborhood’s Maumelle Lake views are among the last left on the market.
The neighborhood was developed by Rick Ferguson, and his father, Randy, designed many of the homes. It features a gated entrance, sports fields, parks, nature trails, tennis courts and equestrian trails. Those looking to make Roland home can choose from a number of thoughtfully designed homes or build their own. 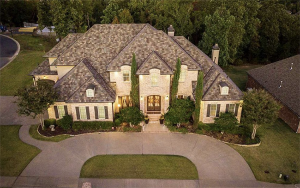 Maumelle is home to new neighborhoods, such as Ridgeview Trails, with great square-footage and dedicated green space.

MAUMELLE
One of Maumelle’s newer neighborhoods is Ridgeview Trails being developed off Odom Boulevard by Eric Ward and Todd Witham.
“It’s unique because it is going to have a neighborhood pool and will be the only neighborhood in Maumelle that has one,” Driver says. “The developers developed it with green space behind every home.”
The development, in its initial phase, will eventually have 319 lots developed over six phases. Minimum square footage ranges from 1,800 square feet for one-story homes and 2,100 for two-story homes. Homes range in price from $285,000-$350,000. The pool, along with a clubhouse and nature trails for walking and biking, will be completed by the conclusion of the third phase of the development.
One reason people opt to build is so they can have living spaces designed to fit their needs. One hard-to-fill request Driver gets is for bigger homes with two bedrooms on the ground floor for people who may have older parents living with them.
Many of Driver’s clients also want turn-key properties with no renovation work required.
“Some don’t want to do their own projects and renovation,” she says. “That makes it hard when you’re selling an out-of-date house, even if it is priced right.” 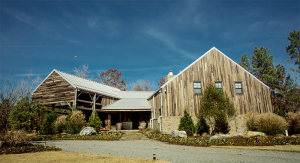 SALINE COUNTY
The expansion of Interstate 30 has fueled development in Saline County.
In Benton, the county’s most populous city, 568 homes were purchased last year. Of those, 98 percent sold at their asking price, and the average sale price was $164,181.
“That’s a pretty good indication of the market,” says realtor Karen Crowson with Crye-Leike. “We just didn’t have enough inventory, and what was on the market was selling.”
Several residential developments are underway west of Benton, and Crowson expects the new Saline County Career and Technical Education Center near Exit 114 off Interstate 30 to attract more development.
In November, Saline County voters approved a ballot initiative to fund construction of a regional career and technical school on 22 acres at the corner of Mountain View Road and the Interstate 30 frontage road in Benton.
In Bryant, home sales dipped only slightly from 956 in 2017 to 882 sales last year. Of all the homes listed, 70 percent sold, and the average sale price was $200,744, Crowson says.
In both cities, the best sellers were three-bedroom homes.
“We continue to see people wanting a bonus room either for a home office or a place for teenagers,” Crowson says.
Saline County also attracts many retirees.
“Hot Springs Village is a draw, and people will come here and then look around and find that Saline County is the perfect place to have proximity to lakes but also ease of access to Little Rock for doctors and all the amenities of museums and arts in the city,” she says. 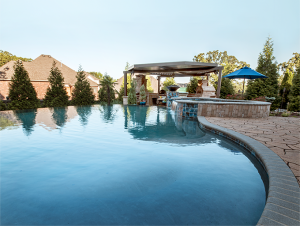 North Little Rock is home to some of Arkansas’ trendiest neighborhoods with incredible amenities.

NORTH LITTLE ROCK
For people who want to live close to the city, but not in it, North Little Rock is a popular choice. Homes in Lakewood and Park Hills neighborhoods sell quickly, real estate agents say.
One of the trendiest neighborhoods in downtown North Little Rock is the Argenta neighborhood, which has seen an influx of housing developments, including condos, apartments, and the nearby Rockwater Village with homes situated along the river.
The neighborhood has several amenities, including access to the Arkansas River Trail for walking and biking, Dickey-Stephens Park, Arkansas Inland Maritime Museum, access to the River Rail Trolley, Verizon Arena, Argenta Community Theatre, and numerous restaurants, galleries and craft breweries.
CONWAY
Situated about half an hour drive northwest of Little Rock is Conway, which is home to about 65,000 residents.
Dubbed the “City of Colleges,” Conway is home to Hendrix College, the University of Central Arkansas, and Central Baptist College. Residents enjoy numerous amenities, including touring shows and performances at UCA’s Reynolds Center, biking trails and numerous parks, retail and its annual Toad Suck Festival, which attracts more than 150,000 visitors. As one of Arkansas’ greenest cities, it was the first city in the state to launch a public bike share program in 2017.
The median home value is $151,700. Values have risen 4.3 percent over the past year, and Zillow predicts they will increase 0.9 percent this year. 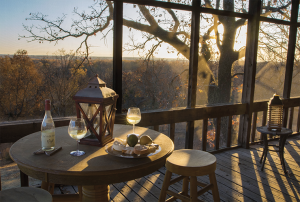 CABOT
Cabot bills itself as a place with “big city conveniences with small hometown values.” Located about 25 miles northeast of Little Rock along I-67, residents have a manageable commute to the capital city and its amenities.
About 26,000 people live in Cabot, where the median home price is $142,500. Home appreciation the past 10 years has been 8.12 percent. Several neighborhoods offer both turn-key housing and build-your-own plans. Golfers, in particular, appreciate Cabot for its access to three golf courses. 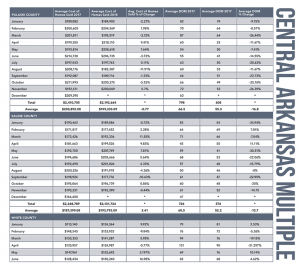 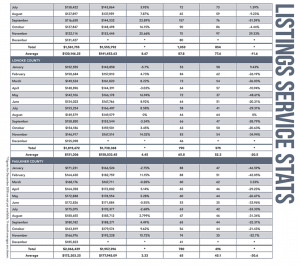