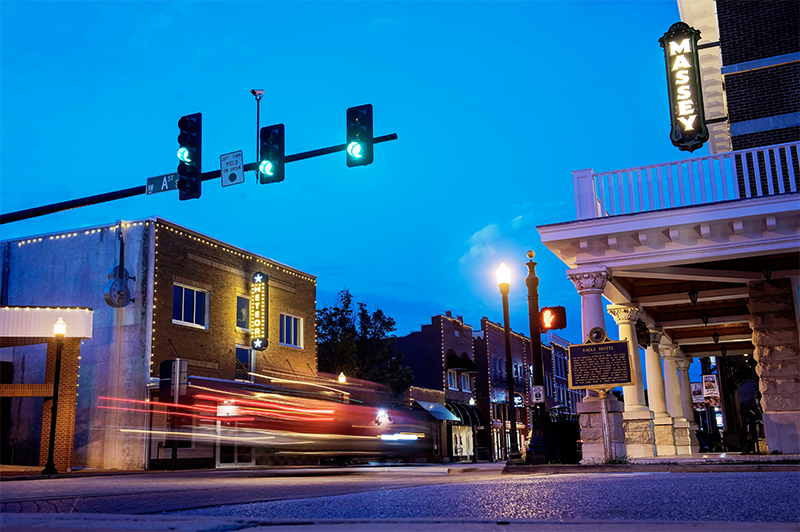 Ask anyone where most of Arkansas’ growth is taking place, and they’re likely to name one corner in particular: Northwest Arkansas. The region’s economy is booming, and so is its population.

Anyone planning on moving to the area needs a place to live, but with so many towns and cities in Washington and Benton counties, it can be challenging to figure out where to put down roots. When trying to pick out a future home, different factors come into play. But work location is among the most important, according to Suzanne Watson, a realtor with Bassett Mix & Associates, Inc.

“If someone’s job is in Rogers, they might consider a location with easy access to Interstate 40,” Watson says. Other important factors in choosing a house include prices and the local school district.

But with so many people moving to Northwest Arkansas, homes can go fast. Price changes are another aspect of home shopping of which to be aware. Watson says some people are scared to jump into a neighborhood that’s turning over, and by the time they’re ready to buy, housing prices have increased.
As for when to buy a home in Northwest Arkansas, Watson says spring to summer is the busiest period. Everyone wants to be settled by fall, a natural aspect of having the state’s largest university nearby.

Watson says “Wait and be ready to make a move.” 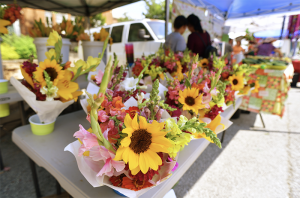 Fayetteville is home to one of the state’s premier farmers’ markets, a weekend favorite among the locals.

Fayetteville had the most homes sold in Northwest Arkansas last year, with 2,780, at a median sell price of $217,000, according to Watson.
When it comes to nightlife, Fayetteville has an obvious draw with Dickson Street. The city is also home to the University of Arkansas and hosts Bikes, Blues & BBQ.
Downtown and near Wilson Park are some of the most popular places to live, Watson says.
“Years ago, you wanted to live way out,” she says. “I’m seeing more people moving in closer to town for convenience.”
The historic district near downtown Fayetteville has some beautiful homes, but if that doesn’t fit into the budget, the next step is living on Mt. Sequoyah.
As developers buy up more land in Fayetteville, they’re fixing up houses or building entirely new ones. They can really update a neighborhood.
“I love seeing neighborhoods come back to life,” she says.

Fayetteville’s neighbor to the west is Farmington. It has a great school district and many affordable new homes.
The town of nearly 7,000 is great for younger families.
And while some people might be pushed into Farmington due to prices in Fayetteville, some people simply don’t want to deal with the college town’s traffic and choose Farmington instead, according to Watson.
The median list price for homes in Farmington rose two percent from 2017 to 2018. The highest median list price was in May of 2018, at $199,900, according to Realtor.com. 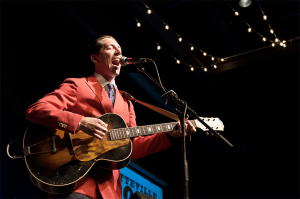 Northwest Arkansas is home to cultural events like Roots Fest, which takes place in multiple locations throughout the region.

To Fayetteville’s north sits Springdale, which Watson says has a wide range of home prices, from affordable to lavish. Springdale is also revitalizing its downtown and lacks Fayetteville’s traffic issues.
“They don’t have the traffic Wedington Drive has,” Watson says, adding that Don Tyson Parkway has helped traffic flow quite a bit.
But one of Springdale’s most significant advantages is location. It’s an excellent centralized spot for couples that commute in opposite directions. Getting down into Fayetteville or up into Benton County is pretty easy from Springdale.
Springdale is also home to Tyson, a Fortune 500 company and one of the largest food companies in the U.S.
The median closing price for a home in Springdale in 2018 was $192,000, according to Realtor.com. The median list price was $190,000.

Lowell sits just north of Springdale and has a population of around 7,300. The town is home to trucking giant J.B. Hunt, a Fortune 500 company.
Although the town was destroyed during the Civil War, it was reestablished and actually thrived when the railroad came through the area.
Most of the newer construction in town is taking place west of Interstate 49 and near south Rogers.
Median home prices in Lowell far exceed that of those in Washington County. The median list price in 2018, according to Realtor.com, was $297,000, which represented a 6 percent increase over the previous year.

Rogers is also seeing a lot of expansion west of Interstate 49 with an average home price of $263,000, according to realtor John Kopek with Weichert Griffin.
Sitting east of Rogers is Beaver Lake, a man-made reservoir established in the 1960s with the construction of Beaver Dam. Beaver Lake is actually the drinking water source for Northwest Arkansas.
Kopek says homes found in the eastern part of Rogers will likely be older resale homes, but that could also mean lower home prices.
Homes in Rogers sold fast last year, compared to 2017. On average, the median days on the market dropped more than 50 percent in 2018. 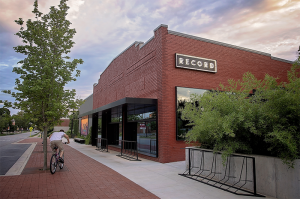 Downtown Bentonville has experienced a revival over the last decade, bringing with it a number of great venues.

In Bentonville, a good number of people want to live downtown and be close to the historic square, Kopek says. They want to be close to the city’s restaurants and bars. Walmart’s headquarters brings in lots of new residents from all over the country, and it’s the same with all the suppliers that open offices in town to service Walmart.
Western parts of Bentonville are also seeing development, particularly with young families looking for more affordable housing options than downtown.
The average home sale price in Bentonville is $275,000.
Bike trails are expanding throughout Northwest Arkansas, and Bentonville residents are definitely taking advantage of trails in town being connected to new businesses, like the 8th Street Market. Bentonville is also home to the beauty that is the Crystal Bridges Museum of American Art. 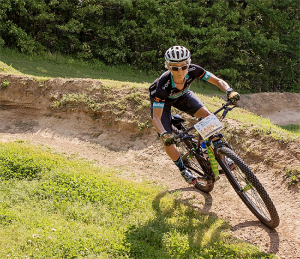 While once considered a retirement community, Bella Vista is loaded with amenities for the outdoor enthusiasts, especially cyclists.

Bella Visa is going through a bit of a transformation. About five or six years ago, it was mostly a 55+ community. But now that’s changing as younger families move in and take advantage of more affordable homes, Kopek says.
Bella Vista has plenty of lots and offers a location close to downtown Bentonville.
“You can build almost anywhere you want,” Kopek said.
Some of the homes in Bella Vista are actually right along bike trails. Residents, in some cases, can literally leave their back yard and hit the trail. 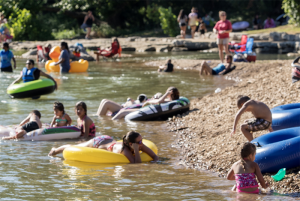 A growing little town, Siloam Springs is tucked away over on the Oklahoma border in west Benton County.
A year or two ago, some realtors may not have paid as much attention to Siloam Springs, but given recent sales activity, people are starting to take notice of the town.
Siloam offers a lively downtown area with shops and restaurants, and subdivisions are going up in the northwest and southwest part of town, according to Kopek. He adds the price per square foot could be pretty reasonable in Siloam.

With the influx of people have come an influx of great restaurants to the region.

Just west of Bentonville lies Centerton, a town that had less than 1,000 people living in it in the early 1990s. Now it has a population of just over 14,000.
As Bentonville expands westward, those looking for some more affordable housing options are moving into Centerton.
“It’s a great little town,” Kopek says.
The realtor says Centerton is seeing most of its new construction north of Arkansas Highway 102.
Home values, too, are rising with the population in Centerton. In 11 of the 12 months in 2018, the median list price for a home rose. The average price per square foot rose five percent from 2017 to 2018, as well.