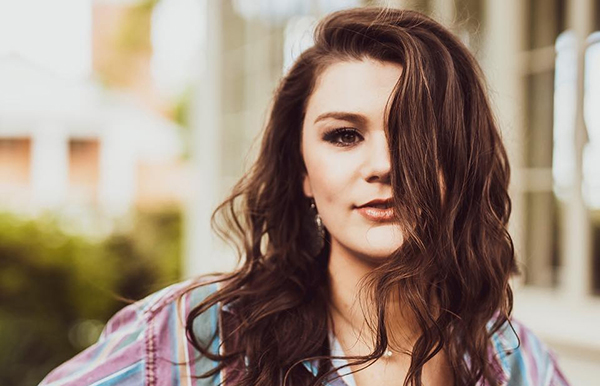 In 1999, a 7-year-old named Mae, determined to sing “The Star-Spangled Banner” better than the LeeAnn Rimes’ taped version, took the cordless microphone that her mom handed her, walked into the center of an Arkansas rodeo arena and belted out the notes of the anthem a cappella style.

From that day forward Mae Estes sang at almost any event in the area that needed the anthem. This included every rodeo she competed in, sporting events, ceremonies and opries, and only cemented her goal to become a music artist.

Estes says that, in a way, she was born into country music, creating an unavoidable passion for it. Growing up, her family always played in bluegrass bands, which she says goes hand-in-hand with country music. Above all, she credits her mom with starting her country music education at a very young age. 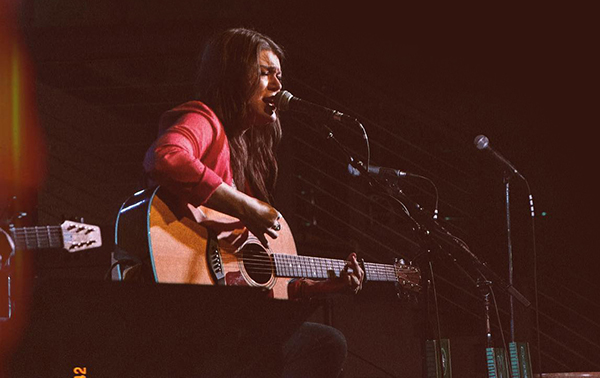 When Estes began middle school, she also began to perform every Tuesday night on an AM radio station, where she discovered her passion for country music ran deeper.

Estes explains that she takes inspiration from traditional country artists like Lee Ann Womack and Keith Whitley to cultivate her unique sound, all while enjoying the popular and catchy modern melodies.

“Like most, I really look up to Dolly Parton,” she says. “I share the same dream of using any success or influence that ever comes from my music to make a difference outside of the industry.” 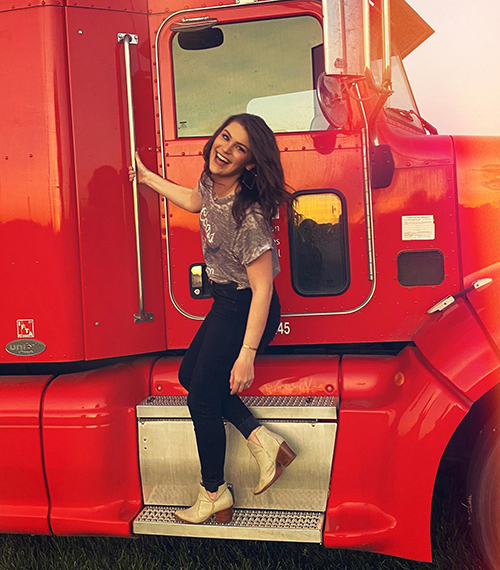 She holds the utmost respect for traditional country music and modern melodies. These days, Estes has a playlist featuring “Dyin’ for a Livin’” by Muscadine Bloodline and “Hate Me if You Have To” by Ella Langley. She also makes sure to play Ashley McBryde and Cody Johnson, as they’re both some of her favorite artists at the moment.

Estes has accomplished much since her early rodeo and radio station days. This proves to be true with an impressive Spotify Wrapped — the infamous end-of-year recap exclusively for Spotify listeners and artists that releases all recorded data — that included 2.1 million streams, 333,000 listeners and 105,000 hours played in 125 countries for 2021.

Her current discography on Spotify includes nine singles, including “Hell You Raised,” “Roses,” “Naked,” “Best Side” and “Recycled,” which were among her most popular releases. Estes released her first single, “Naked,” in 2019. “Roses,” which was released in 2021, has surpassed 1 million streams on Spotify and Apple Music, after reaching more than 100,000 streams in only three days. On both Apple Music and Spotify, her recent co-release with Kenny Foster, “Love You Now” sits atop her personal popular songs lists. 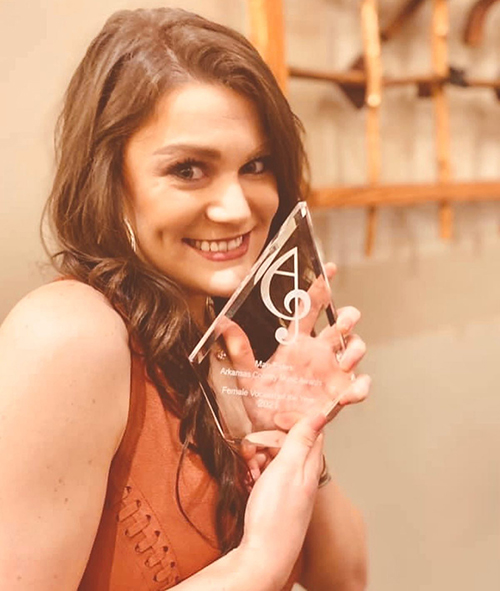 Estes with her 2020 Arkansas CMA award.

At the 2021 Arkansas Country Music Awards, Estes was nominated for Song of the Year with “Recycled” and awarded Female Vocalist of the Year.

In 2015, like many country music artists before her, Estes journeyed to Nashville. In order to afford to chase her dreams, she worked as many as three jobs at a time, often serving at restaurants. While reaching major goals in between, she says the biggest recently was signing her first publishing deal with Plaid Flag Music, an independent music publishing company in Nashville.

“Signing meant that I no longer had to work as a server and could now be a full-time musician. It still doesn’t seem real, and I pinch myself often,” she says. “Signing my first publishing deal last year was definitely the biggest goal I’ve reached so far.” 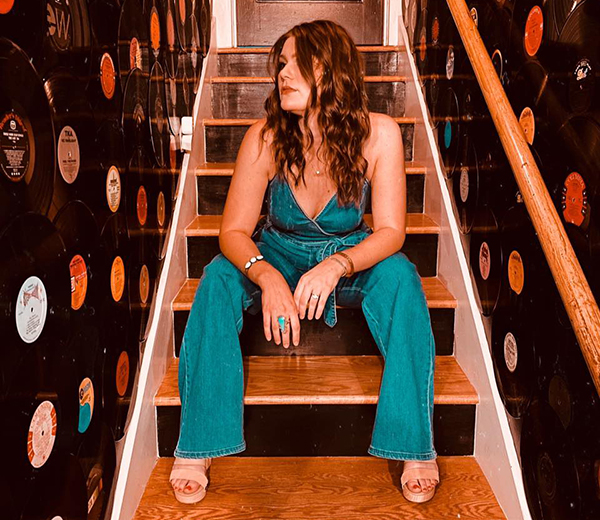 As a full-time artist, Estes expresses how amazing it is to be surrounded by passionate and talented people.

“I’m constantly inspired by my friends and collaborators, and I think that kind of magic only happens in Music City,” she says.

While she currently has a Nashville address, Arkansas will always be home to her, as her family still resides in the Natural State. 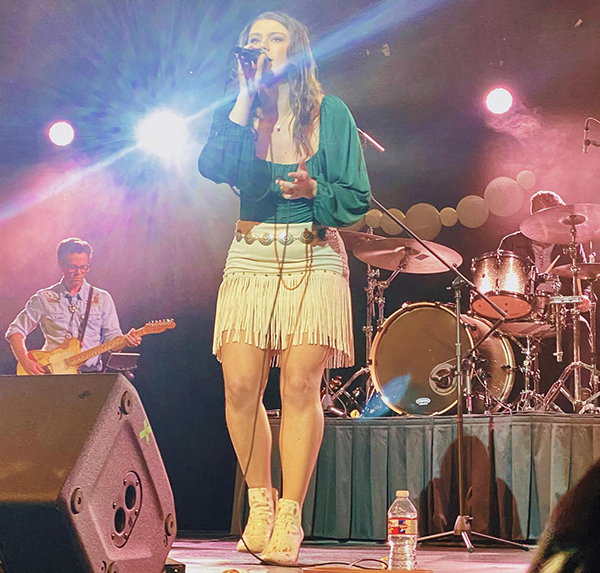 “My favorite part about Arkansas is my family,” she says. “I hate that they are so far away from me in Nashville. Any time I spend in Arkansas is jam-packed with time with my family.”

Estes credits her musical talent as a gift from God.

“I feel like God gave me the gift of connecting with other people through music. I’m motivated to continue to pursue it by that feeling,” she says. “I hope that by being vulnerable and completely myself that others feel safe doing the same.”

Driven by this force, Estes wants young artists to chase their dreams as well, even if it includes difficult times. Her biggest tip includes diving deep while allowing yourself to feel your emotions.

“Be honest with yourself through the whole process, feel all the things, and live in the moment,” she says, adding emphasis to the beauty found in the struggle. “It tastes so much sweeter when you finally reach your goals if you’ve had to work your [butt] off to get there.” 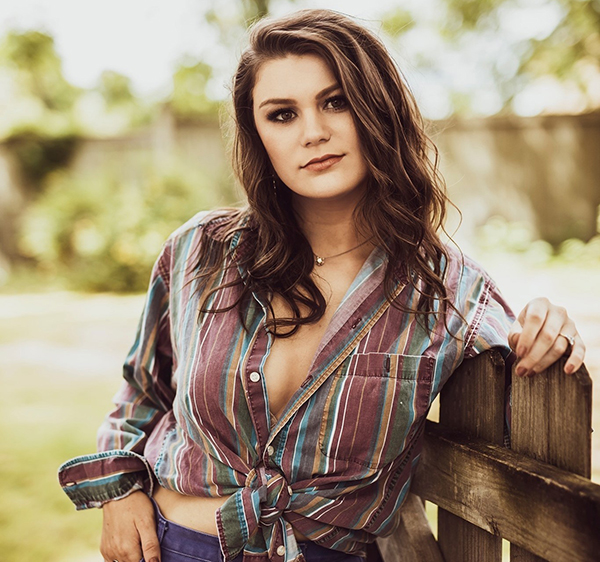 This is only the start of her dreams coming true; she not only is still focused on her goals but also has ambition driving her passion. She recently traveled overseas with Armed Forces Entertainment to perform at the U.S. Air Force bases in Guam, Diego Garcia and Singapore, as well as across the United States, which is the most incredible thing she says she’s experienced so far.

With her debut EP coming in 2022, her biggest goal is to one day play at the Grand Ole Opry, which is regarded as the biggest stage for traditional country music.

While, sometimes, dreams are mostly thought of in terms of career growth, Estes also aspires for personal growth. Singing country music might be her gift, but her ultimate passion is helping others.

“I dream of being happy and helpful. I definitely have crazy goals set for myself, but at the end of the day, I don’t need fortune or fame. I just want to be able to sing country music and use that to help people,” she says. “I’m just trying to make mama and Keith Whitley proud.”

READ MORE: In the Waiting Line, Marybeth Byrd’s Journey from The Voice to the Pandemic