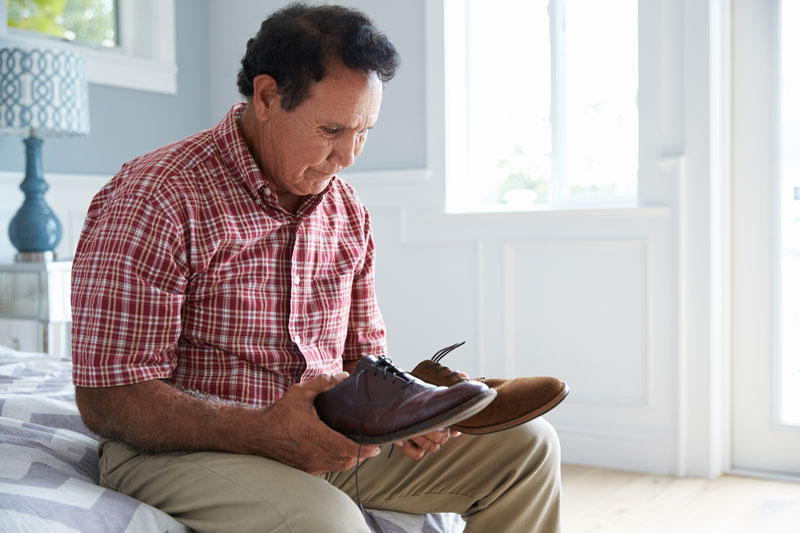 [dropcap]A[/dropcap]s we get older, our bodies change: our eyesight becomes poorer, hearing may become more difficult and we have less physical stamina each day. Mentally, we may struggle to remember things or we might forget appointments. But how do we know when an aging spouse or parent’s forgetfulness is a sign of something worse, like dementia or Alzheimer’s disease?

“When those things start to impair our daily functioning ability is when it becomes a problem. That’s when you’ve turned that corner into dementia,” says Rene Simmons, administrator for the Ginny and Bob Shell Alzheimer’s Center at Baptist Health’s Parkway Village, where residents have been diagnosed with dementia or memory loss.

“Now that baby boomers have been turning 65 for more than 6 years, the instances of Alzheimer’s disease will continue to grow at an exponential rate,” said Susan E. Neyman, executive director of Arkansas chapter of the Alzheimer’s Association.

Alzheimer’s disease is the leading type of dementia, followed by Lewy Body. Someone who has been diagnosed with Lewy Body may have hallucinations and a blurred sense of reality.

One trend in dementia-related illness is earlier diagnosis.

“People tend to think of Alzheimer’s as a senior citizen disease,” Simmons said. “Diagnosis, research and awareness have gotten better. People are being diagnosed earlier.”

Early onset diagnosis occurs before age 60.  Diagnosis after age 65 is considered late onset. At Parkway Village, some of the youngest patients are in their 40s and 50s.

“People are showing signs of dementia earlier than what they realize,” Simmons said. “Once they are diagnosed, they sometimes realize they had been showing signs or symptoms five to 10 years earlier.”

Dementia affects a patient and their caregivers. Forty percent of caregivers pass away before the patients.

“You’re just exhausted, physically and emotionally,” Siegler said. “They don’t take care of themselves because they’re too busy taking care of loved ones.  The lack of sleep and nutrition and stress takes a toll.”

Alzheimer’s Arkansas has more than 72 support groups throughout the state and the organization provides some financial assistance to caregivers.

“Placing someone in residential care is probably the most difficult decision someone has to make. So much goes into making this decision,” Simmons said. “It’s best to not have to make this decision in a crisis, but to do some research and ask questions to know your options.”