Mar y Tierra is Well Worth the Wait 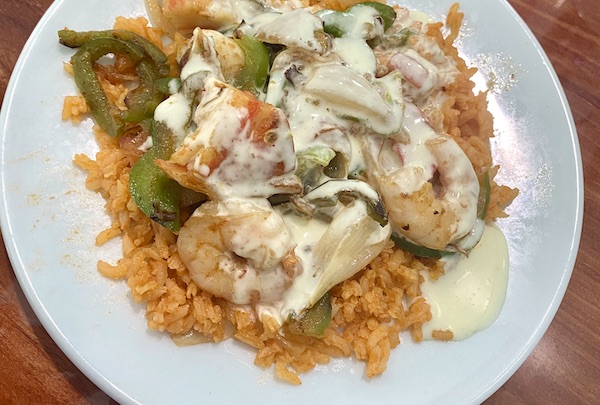 Mar y Tierra, on West 3rd Street in Little Rock, opened at the beginning of May. AY About You recently had the opportunity to try out a few of the restaurant’s dishes.

For those that are unfamiliar with the restaurant, this opening has been in the works since 2020. After much anticipation and speculation, the Little Rock community can finally plan a new spot to meet up with coworkers, friends or for a Friday night family dinner.

Getting a taste of the restaurant’s namesake, we tried the Ranchero Seafood, Mar y Tierra Special, Taquitos Mexicanos, Ribeye a la Mexicana and, as a personal curiosity, the shrimp cocktail. 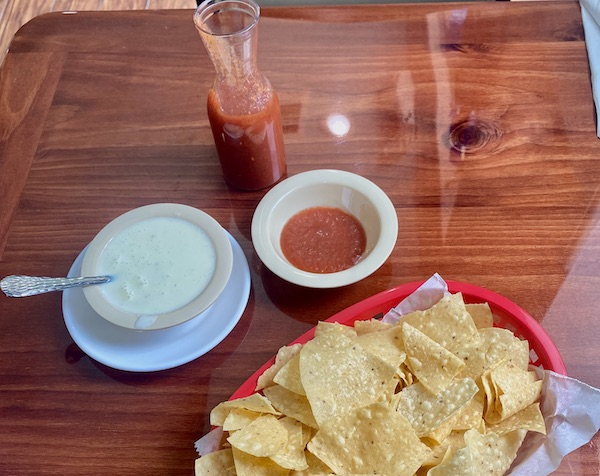 In chronological order, chips, salsa and queso were served. I’m not a professional culinary critic so I can’t name ingredients off of taste alone, but I can say that the salsa was unlike any other recipe I have tried. Maybe a bit less citrusy and a tad more herby – again, not a professional. The queso was exquisitely cheesy, the chips hot and, while it might have been intended as an entree, I enjoyed the shrimp cocktail as a starter. This cocktail was a fun twist with house special sauce, fresh onions, tomatoes, cilantro and avocado. On the chips, this was a winner. 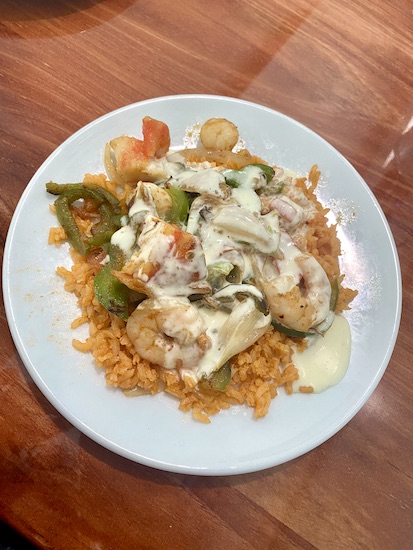 While the appetizers were good, the entrees were great. The Ranchero Seafood included grilled shrimp, scallops and crab meat on a bed of rice with sauteed onions, bell peppers, tomatoes and special cheese sauce. It’s hard to go wrong with cheese, rice and seafood, and this dish was no different. The seafood tasted fresh and, naturally, the three shellfish worked beautifully together. The restaurant serves many other rancheros with different proteins, but I recommend trying the seafood if you’re looking for something other than your go-to chicken, rice and cheese.

Bringing us to our next dish, the Mar y Tierra Special is a take on the classic chicken, rice and cheese sauce favorite with the addition of marinated strips of steak, shrimp, sauteed spinach and pico de gallo. This meal is served with a side of rice, beans and your choice of corn or flour tortillas. The three proteins together were a perfect complement to the restaurant (and dish) name, but what I found most surprising (and enjoyable) was the spinach. The leafy green gave that extra flavor to take the dish to a new level. 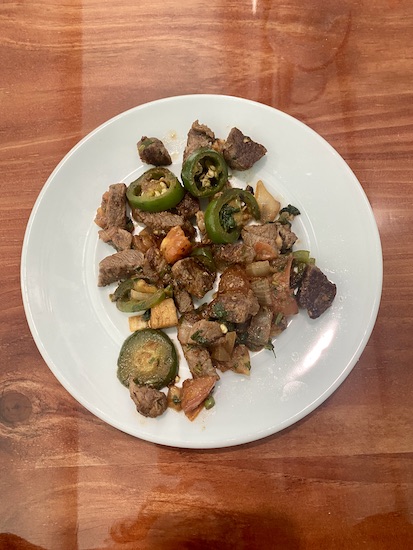 Now fully on land, the Ribeye a la Mexicana was any red meat lover’s dream. Chunks of ribeye were cooked with onions, tomatoes, cilantro and jalapeno and served with rice, beans and a choice of flour or corn tortillas. The heartiness of the steak paired with the spice of the cooked jalapeno reminded me of the grilled flavors of the summer. 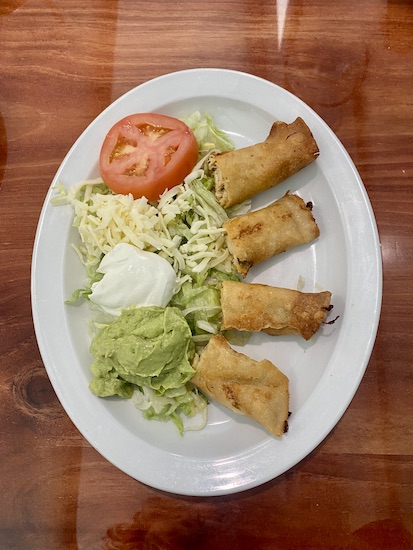 I’ve always relied on El Monterey at Walmart to fulfill my taquito wants, but Mar y Tierra might have filled that role with its Taquitos Mexicanos. Biting into the corn tortillas stuffed with chicken and garnished with lettuce, sour cream, guacamole and pico de gallo, I forgot all about the microwave taquito nonsense I’ve played victim to. This is the perfect meal for any of your picky eaters at home.

Aside from the tasty food, the restaurant is chic with white pleather chairs, walls the color of the ocean and a downtown facing patio. The doors are open, so head inside, say “hi” to the octopus mural on the ceiling and sit down for a good meal.