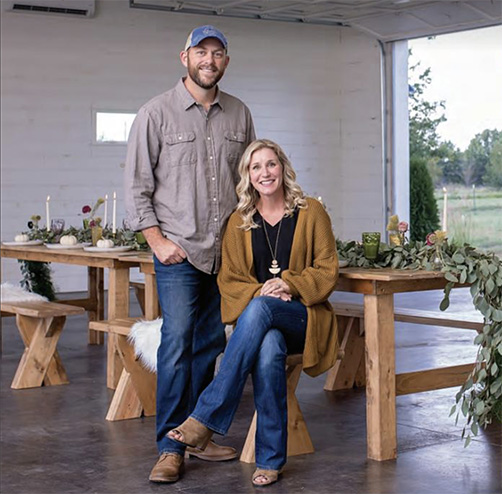 The Marrs family is getting down to work this month.

On October 22, the first episode of “Fixer to Fabulous” will premiere. Chronicling the extraordinary home transformation skills of Dave and Jenny Marrs, the show takes place right in their adopted home region of Northwest Arkansas.

The first episode, “Historic Home Overhaul,” will see the Marrs family transform an 1893 house into a family home. According to HGTV.com, the Marrs will transform an attic space into a functional living space including two bedrooms, an office and a bathroom, as well as renovating the downstairs kitchen and living room.

Dave and Jenny are a pair of Bentonville-based home developers who are becoming the face for the industry in Arkansas thanks to HGTV. It’s been a long journey for the pair. Dave is from Denver while Jenny is from Orlando, and Dave moved to Arkansas after college for a job.

He decided to quit his corporate job and try his hand at building homes in Arkansas.  Since then, they’ve steadily built their business.

They were put on the fast track when HGTV came calling in 2016. “In April of 2016, one of the network executives reached out to her friends in the area,” says Jenny. “They found this area to be very unique and thought it would be a great place to have a show for HGTV. She asked for recommendations for builders, and our names got thrown in the hat.”

After producing a sizzle reel and a pilot, the show was picked up.

“Fixer to Fabulous” will show on HGTV starting October 22 at 8 pm.

READ MORE: Building a Better Tomorrow One Home/Episode at a Time