Matt Stell says he comes from a musical family, and although he just began his musical journey while he was in college, he is well on his way to stardom.

After touring the Opry with a group of up-and-coming country artists and meeting many of the Opry regulars, he says, “I wondered what it would be like to be on that stage.”

Stell had to make a choice whether to begin his journey into country music or to continue his education at Harvard University.

“I found out I got into the Harvard medical program, and six weeks before I was supposed to move, I got a record deal,” Stell says. 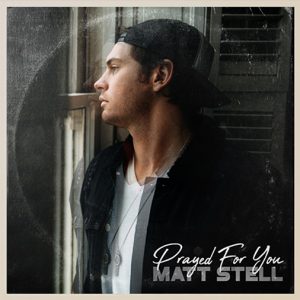 After going on a medical mission trip, Stell says he saw what the doctors and pharmacists were doing to help people. That is when he decided to become a doctor. However, he had a big decision to makeafter that record deal came through.

“I moved to Nashville for a purpose,” Stell says. “So I stayed here to pursue my music career.”

His single “Prayed for You” has gotten quite a bit of attention, and his EP, which is scheduled to be released in May, includes seven songs.

Stell says he always thought of himself as a basketball player instead of a musician. Maybe because the six-foot-seven-inch college basketball center was devoted to his sport. While in high school at Morrilton, he played against LeBron James a couple of times in the Amateur Athletic Union summer league. Stell went on to play ball on an athletic scholarship for Drury University in Springfield, Missouri.

“It was over Christmas break; I stayed on campus while everyone else went home, and I picked up a guitar that my mother had given me and taught myself to play,” Stell says.

"‘Prayed for You’” doesn't rely on metaphor or symbolism to make a point — Stell's new song hits the heart without much garnish, but with just enough poetic license.” Thanks for the kind words, @TasteOfCountry! Read the full article here: https://t.co/Jmmwp6UdNj #PrayedForYou pic.twitter.com/Fe40zxxdTc

With Americana and folk music as inspiration, Stell began writing songs and formed a band. He said his band played a few gigs in Springfield anywhere there was a stage.

After his graduation from Drury, Stell moved on to work on his master’s degree in communications at the University of Arkansas, while working construction jobs and farming.

“It’s hard to get attention,” Stell says about the music industry in Nashville. “There are so many talented people who move here for the same reasons. … It’s difficult to meet those people who can make your dreams come true.”

Got to film something special yesterday with my friends over at @YouTube. So stoked for y’all to see it! Stay tuned. pic.twitter.com/UOlY6ftRfm

Although Stell says it isn’t easy to meet those people who make dreams come true, he says it is easy to make friends in Nashville. He says so many people come to Nashville for the same reason and they are encouraging and helpful.

Stell will be playing at Sticky’z Rock ‘n’ Roll Chicken Shack in Little Rock on Friday, April 26. Then he will head back to Nashville for his dream-come-true Opry debut on Saturday.

To see Stell’s calendar of appearances or to listen to his songs, visit mattstell.com.

Images courtesy of the artist