Maxwell Blade Theatre of Magic Opens at the Malco 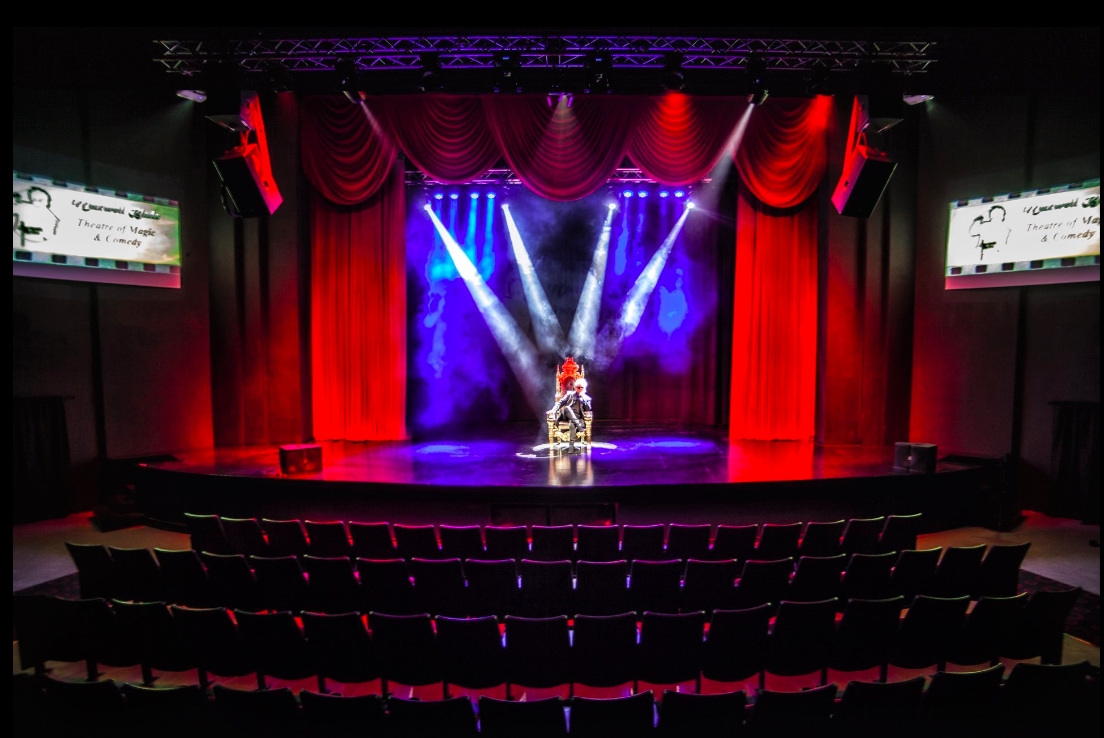 Illusionist Maxwell Blade is a well-known personality of Hot Springs and many have caught one of his shows over the years at the Maxwell Blade Theatre of Magic. December 8 marks the grand opening of a new venue to catch these shows at: the historic Malco Theatre at 817 Central Avenue. Blade is familiar with the venue as it is where he first got his start performing in Hot Springs.

“I have always loved the Malco,” he said when interviewed a few months ago about the new venture. “It really wasn’t my idea to move from there, it was more a decision from the Film Institute wanting to show films all the time and not have other types of entertainment in the building. But I’ve always wanted the Malco back. I loved that building since I had it back in the 90s through 2008. It is such a beautiful piece of property. I really had the dream of doing exactly what has happened, which is remodel it and bring it back to the glory of the 1940s when it was the Showplace of the South, it was really built as a fantastic theater not only for movies but for vaudeville shows. So I’ve always had this dream that has come to pass. It has taken a lot of people to make it happen but I am blessed to be able to go back home.”

The theater has been totally remodeled it from top to bottom, from the heating and air to wiring to a brand new stage and new lighting and sound.

“Back in the 60s they split the theater into two different cinemas and we have taken out the wall so it is more like it was in 1946 when they built it,” he said. “We have kept all the art deco feel to the remodel which I have been able to pretty much design myself with the help of the architects and engineers I’ve worked with.”

Maxwell Blade’s Museum of Oddities and Curiosities is also be on site, where one can see Blade’s collection of over 300 unusual items from around the world. More details about Blade and tickets to the shows can be found at maxwellblade.com.