McClard’s Bar-B-Q Restaurant Is Getting a New Owner 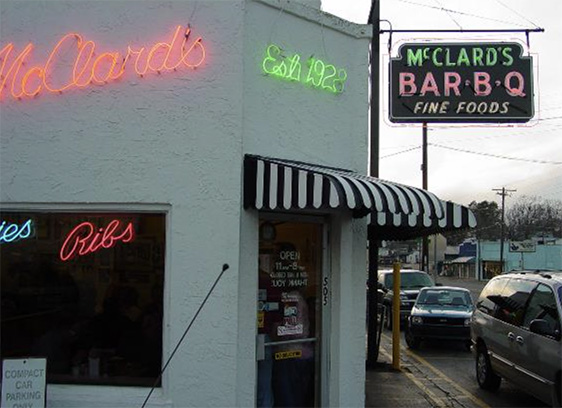 Arkansas landmark McClard’s Bar-B-Q will be sold to a new owner later this week.

According to an unidentified source who is familiar with the negotiations, the restaurant is being sold to restaurateur Lee Beasley, who also owns Bones Chophouse in Hot Springs and Little Rock. The transaction will reportedly be finalized on Friday, May 29.

The source said the buy is not a typical process given the extensive history of the restaurant. Founded in 1928 by Alex and Alice McClard, Hot Springs has been remained a family business for four generations. The restaurant has become well-known for its barbecue, ribs, tamales, barbecue sauce and more.

Scott McClard, the fourth generation in the family, is the current co-owner of the restaurant along with his wife Shannon McClard.

The new owners are now reportedly learning the processes and recipes for the McClard’s menu items. However, the restaurant is expected to reopen next week.

“After careful consideration of our staff and the community, we’ve decided to close our doors indefinitely to best protect the city we love. We will be monitoring the current situation closely and will provide updates when they’re available,” the restaurant posted on its social media page on March 20.