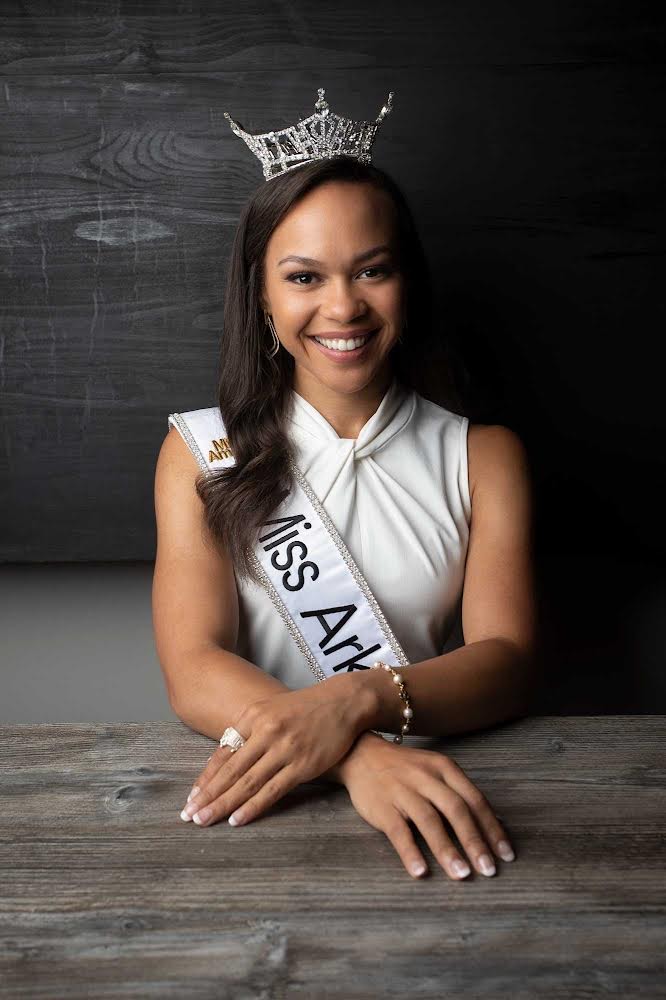 In the 84th year of Miss Arkansas, Miss Dogwood, Ebony Mitchell, was crowned as Miss Arkansas 2022 this past Saturday, June 18. Mitchell was beaming with gratitude as she received her title and her crown from Whitney Williams, Miss Arkansas 2021.

In the busiest days following the Miss Arkansas pageant, Mitchell was kind enough to sit down with About You to tell us all about her.

“It’s only five to seven people’s opinions of you that go into changing our lives, and I think once that life-changing moment happened, it was indescribable. I knew my future was about to change and I know there’s so many people I can impact throughout the year as Miss America, so I know this is life-changing and it’s going to be one of the best years of my life,” Mitchell said, describing the moments just after being crowned.

Mitchell is an Arkansas native who grew up in Harrison and has been involved in pageantry for a long time, starting with local pageants with her sister.

“I started doing a lot of local pageants after my sister started doing them, so we both participated in local pageants,” Mitchell said. “When I was nine-years-old I competed in the Diamond State Princess Program and I was the inaugural Miss University of Arkansas princess, and I got to walk on the Miss Arkansas state with my queen.”

Mitchell discussed her love not only for pagentry, but for the opportunities it has given her to impact Arkansas. 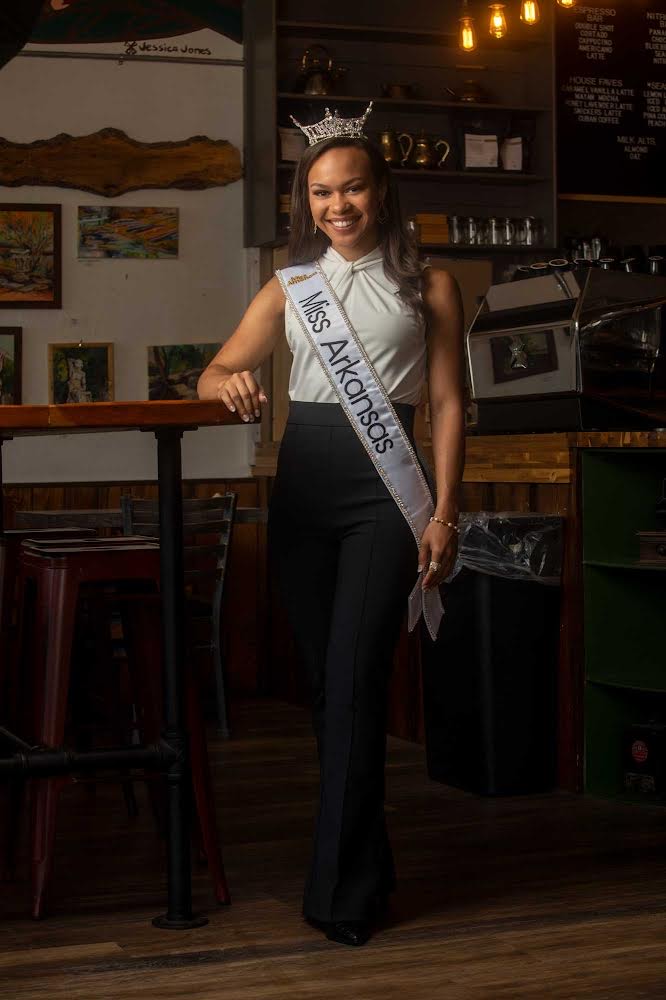 “There was one moment that really changed my perspective on why I’m doing [pageants] and this was when I had the opportunity to go to the CASA women’s shelter in Pine Bluff and speak to women who were much older than I was and came from really tough situations,” Mitchell said. “I spoke about my own failures and how it’s possible to turn failure into opportunity and how anyone can better themselves. Afterwards, a woman asked me ‘How can I be more like you?’ and that’s when it finally struck me that what I was doing was actively making a difference in people’s lives, and that’s my goal in all of this: I want to make others realize that they, too, can be amazing and do amazing things.”

Mitchell participated in the mentorship program for a couple of years and then participated in the teen organization, Miss Arkansas Teen USA, for a few years. When Savvy Shields was named Miss Arkansas 2016 – and later Miss America 2017– Mitchell returned to pageants after a brief break. This year was Mitchell’s fifth and final year of eligibility.

“I decided to give it one last shot as Miss Dogwood, it’s where I started and so I wanted to end it there with the same director,” Mitchell said, adding that the past several days had been the best days.

Mitchell is an athlete and played many sports growing up, including softball, baseball, track and field, volleyball, cheer, along with dance –– which she started as a four-year-old. Trained in all forms of dance, Mitchell tap-danced her way through the talent portion of the pageant with a routine to Aretha Franklin’s “Respect.”

As a multi-skilled athlete, Mitchell included tumbling aspects, perfected by years of cheer, into her tap routine.  In the past, Mitchell has enjoyed dancing to Whitney Houston, but this year she decide to change things up

“I’ve been dancing my entire life, but I started cheerleading in tenth grade and I eventually got good enough at it to get a scholarship for it at the University of Central Arkansas, where I went for four years,” Mitchell said.

Inspired by multiple women – in pageantry and outside of pageantry– Mitchell looks up to so many of them, including her mom.

“There are a few women who inspire me, but one specifically would be my mother. She’s shown me resilience and independence from a very young age,” Mitchell said, adding that she was raised in a single-mother household.

“In Eudora Mosby, I saw a woman of color, just like me, and growing up in Harrison I had never seen much representation, and that mattered so much to me, and Lencola Sullivan was the first Black Miss Arkansas and the first Black woman to place among the top five of the Miss America Pageant,” Mitchell said.

For Mitchell, this was one of the most life-changing things about winning Miss Arkansas. Mitchell won $44,900 by winning Miss Arkansas and close to $60,000 overall. With gratitude for all the sponsors, Mitchell said she was so grateful for the organization, as it has given her so many opportunities.

“I am completely debt free and my student loans are completely gone, and after that I still have some left over so that I can pursue my Doctorate of Business,” Mitchell said, adding that one day she dreams of becoming a professor.

As previously mentioned, Mitchell attended UCA, where she graduated with her bachelors. During her time there, she cheered, and was crowned Miss University of Central Arkansas. Upon graduation, Mitchell attended John Brown University, where she earned her master’s in healthcare administration. Throughout college, Mitchell worked at Sonshine Academy in Conway, teaching little ninja classes to four-to-eight year olds.

“It’s so much fun: Teaching them has been amazing and I hope to continue doing that in the future, because I love it and I’ve been teaching children since I was 15,” Mitchell said.

Mitchell will represent Arkansas in the Miss America pageant in Connecticut later this year. With all the responsibilities and events as Miss Arkansas, Mitchell explained her first priority is being the absolute best Miss Arkansas she can be, and also fitting in some preparation for Miss America.

“I went and watched Whitney compete last year, as her first runner up, and it was so surreal to just be in the audience and it’s going to be so amazing to experience it on stage,” Mitchell said. “I’ve spoken to a lot of former [title holders]  and I know my first job is to represent Arkansas and do everything to the best of my ability and I’m also going to prepare to be the best I can be on that stage. I never in a million years thought I’d get to walk across the Miss America stage, but it’s happening.”

To stay up-to-date with all the adventures and work Mitchell will be doing this year, follow her on Instagram. For more information regarding Miss Arkansas, click here and for more information about the Miss America Organization, visit its website.

“I want the people of Arkansas to know that I am 100% in love with the state of Arkansas and making it a better, more impactful place that is inclusive to all. I want to be the Miss Arkansas that can adapt to any situation and make everyone feel like they are valuable and seen,” Mitchell said.

“I never thought I could be in this position until I put my mind to it and I wanted to reach my dreams–– and I made it so. I would love others to know that their dreams are possible and that they can do anything that they set their minds to.” 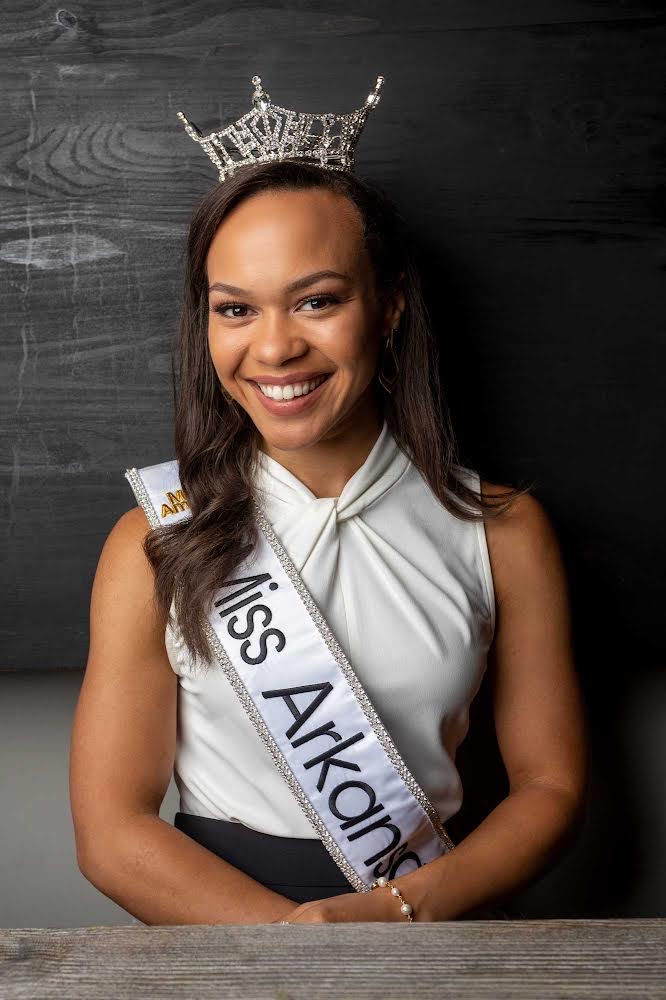