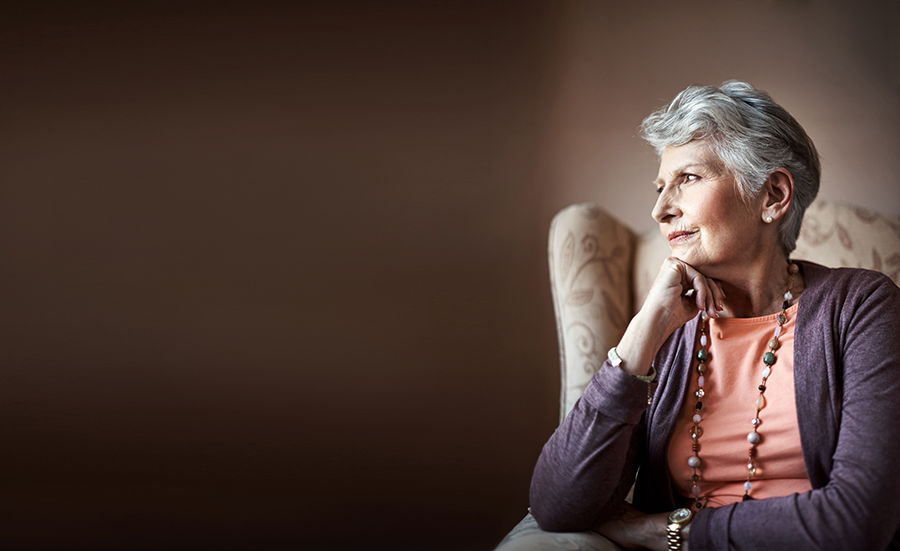 By Tracy Courage
Memory loss can be a normal part of aging. But when it interferes with daily living, it may be a sign of something more severe. With more awareness of Alzheimer’s and dementia-related diseases, more people are now seeking medical help.
“Anytime that you are concerned about memory loss, it’s not inappropriate to seek help,” says neurologist Mark Pippenger, M.D., director of the Walker Memory Clinic at the University of Arkansas for Medical Sciences’ Donald W. Reynolds Institute on Aging. “It doesn’t hurt to get checked out.”
While there is no cure for Alzheimer’s disease, there are drugs that slow the progression of the disease, so early diagnosis is helpful in prolonging a person’s quality of life. Diagnosis is through clinical evaluation.
“Many times, I see patients who are concerned about their memory who don’t have dementia or a memory problem. We can assure them that it is part of normal aging,” Pippenger says. “Occasionally, we have even cured people by getting them off a medicine that was causing their dementia.”
No brain scans, blood test or genetic tests will identify someone as having Alzheimer’s disease, he notes.
“There are patterns of brain shrinkage we can look for that may support a diagnosis, but they can’t make the diagnosis,” he explains.
An estimated 5.7 million Americans have Alzheimer’s, and the numbers are growing. By 2050, as many as 14 million could have the disease, according to the Alzheimer’s Association. Arkansas has the fourth-highest Alzheimer’s death rate in the country. Right now, about 56,000 Arkansans age 65 and older are living with the disease.
“The number of cases altogether is growing because the percentage of older people is increasing,” says Pippenger. “We know more about how to diagnose, and people are less afraid of coming forward to get checked out. That’s part of what has led to the increasing rate of diagnosis.”
At the same time, the rate of incidence — the number of diagnoses per 100,000 people — has dipped slightly.
“It’s interesting,” says Pippenger. “Maybe some of the things we tell people to reduce risks may be starting to have some effects.”
For example, regular aerobic exercise — at least 30 minutes three times a week — can dramatically reduce the risk of Alzheimer’s disease. “We believe more and more people are beginning to do that, which is why we might be seeing a decline. Those reductions are very small, however. We still have a desperate need to find better treatments and something to stop the disease progression.”
People with Alzheimer’s do not understand anything is wrong because the disease blocks that knowledge. They need help, but often they don’t want to accept it, which creates greater obstacles for their caregivers.
Many long-term care providers offer specialized care for patients with Alzheimer’s disease and dementia.
Woodland Heights in Little Rock offers independent, assisted living and memory care. And earlier this year, they opened an enhanced-care wing for residents who need more intensive care, says Susan Webre, sales and marketing manager at Woodland Heights.
Webre relates to the struggles her clients’ families. Her own father was diagnosed with dementia in his late 60s and lived with the disease for 10 years.
“I remember the day that I had gone to see him and he couldn’t remember who I was. I knew he wouldn’t remember again,” she recalls. “I lost him once to the disease. I lost him again when he passed away. This disease is progression of losses.”
Webre’s mother, who had been his primary caregiver, died 18 months later.
“My mom was afraid to leave the house because anything could happen in a short period of time. She felt it was her responsibility.”
Much of the time, family members act as caregivers because the families can’t afford to hire outside caregivers. Long-term care is expensive and generally private-pay.
“If you think about it, it’s 24/7. You don’t get any down time,” Webre says. “There comes a time when you have to say, ‘I have to take care of me.’”

Families have more options today for caring for a relative with Alzheimer’s or dementia. In Arkansas, long-term care providers are overseen by the state’s Office of Long Term Care, a division of the Department of Human Services. Facilities can be designated as Alzheimer’s Special Care Units if they meet certain requirements, including specialized training for employees.

Clarity Pointe in Little Rock is among the providers that specialize in memory care.
“In orientation, we do a dementia-focused training because the way you approach a person with dementia is important,” says Lindsey Spears, director of community relations. “They need to be able to see you. There should be no surprises when you come up to them, and you need to be at their eye level.”
Clarity Pointe offers a monthly support group for families and the public. Topics have included managing caregiver stress and dealing with guilt and grief.
“It’s about having a safe place to come in and talk with others who can relate and connect and support one another while also learn something about the disease,” says Spears.
Many centers have shifted from outdated dementia care practices into a hospitality model that engages patients through various activities, such as dance, music, local outings and hands-on projects.
“It’s finding what each resident enjoys or what they relate to and trying to engage them in those kinds of things to keep them active,” says Webre.

Searching For a Cure

Alzheimer’s is the most expensive disease in the country, costing an estimated $277 billion in 2018, including $186 billion in Medicare and Medicaid costs, according to the Alzheimer’s Association.
Pippenger and other experts remain hopeful that a cure will be found.
In March, Congress approved a $414 million increase for Alzheimer’s and dementia research funding, bringing total federal government funding to $1.8 billion.There is a lot of hope in the field, more than there has been in recent
years,” Pippenger says. “One of the goals of the research is figuring out how to stop the disease by 2025. Right now, we are hopeful that we might reach that goal.”