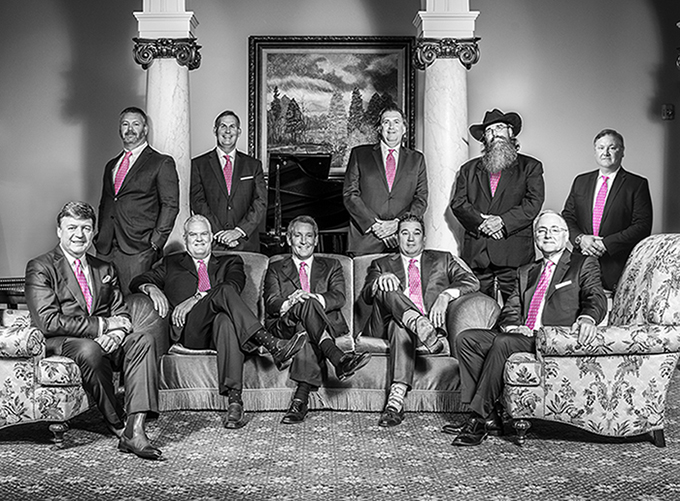 By Ashley Pearson | Photography by Jamison Mosley
Throughout the month of October, various shades of pink are worn by both women and men, young and old, all in support of breast cancer awareness.
For the past 25 years, the Arkansas affiliate of Susan G. Komen has played a crucial role in bringing awareness to breast cancer. Komen has an affiliate in nearly every state. The Arkansas affiliates are located in Little Rock, Rogers, Texarkana and Jonesboro.
This year, Komen Arkansas in Little Rock is launching a new initiative: the Pink Tie Guys.
The Pink Tie Guys are doctors, survivors and great supporters of Komen Arkansas. They live and work within the Arkansas affiliate which includes 68 of 75 counties in the state. Their goal is to raise awareness by engaging in conversations about breast health and early detection – not only for women, but also men.
RELATED: Turning the Tide: Breast Cancer Research Shows Promise
The members of the Pink Tie Guys of Little Rock include Gabe Stephens, John Burkhalter, Keith Dorsey, Dr. Ed Love, Dr. Patrick Flaherty, Chris Lane, Bill Robertson, Herren Hickingbotham, Dr. Thomas Sneed and Bill Jones.
Cancer survivor and Pink Tie Guy, Bill Robertson says, “Susan G. Komen isn’t just for women. Breast cancer is breast cancer.”
Robertson was diagnosed with stage two breast cancer in April 2010. He went through a biopsy, mastectomy and chemotherapy. Later that year, he was cancer free. Before the diagnosis, he hadn’t been involved with Komen Arkansas, but now he hopes to, “increase awareness that males also get breast cancer.” His journey began by signing up for walks and even becoming the first male model for Komen Arkansas. 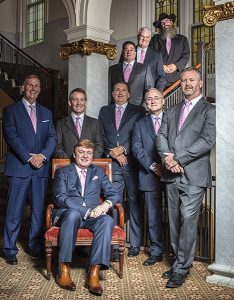 As a Pink Tie Guy, Robertson, along with other members, can help educate Arkansas about early detection and other topics surrounding breast health. The group also has a goal to raise at least $1,000 each. You may be able to spot them wearing their signature pink ties at various events to symbolize hope, courage and strength in the fight against the disease.
They will participate in events such as the Runway for the Cure Luncheon, Pasta Party and Race for the Cure. Races are held in Little Rock, Texarkana and Jonesboro. Seventy-five percent of the money raised will stay in Arkansas to fund educational programs while the other 25 percent will fund national research grants to treat and cure breast cancer.
“We encourage other not only to race but to invest in the cure,” says Herren Hickingbotham, a sponsor for Komen Arkansas and honorary chair for the race.
The Hickingbotham family is proud to have sponsored Komen Arkansas since its start in 1994. The organization was brought to the state by Pat McLelland, Pat Torestad, Ann Jansen and Stuart Cobb – all advocates for women’s health. To raise funds and establish the affiliate they looked to hospitals and local business. Hickingbotham Investments became a founding sponsor.
RELATED: Strength and Beauty
Since the beginning, Komen Arkansas has raised more than $30 million for breast cancer education, screenings, treatment and research. Komen National announced a bold goal two years ago to reduce breast cancer mortality 50 percent by 2026. Komen and supporters believe the goal is achievable with the help of affiliates and the communities. The Pink Tie Guys are an added help.
According to Amy Treadway, Development Director at Komen Arkansas, “Although great strides have been made, there is much work to be done.”
Arkansas is the third worst state in the U.S. for late-stage diagnosis and 27 counties have no equipment to help detection and treatment.
“We have always believed that where you live shouldn’t determine if you live,” she says. “We need everyone’s help to invest in Komen Arkansas to ensure everyone receives medical care to survive the disease.
“Please act. Please donate. Please get involved.”
RELATED: Reason to Believe