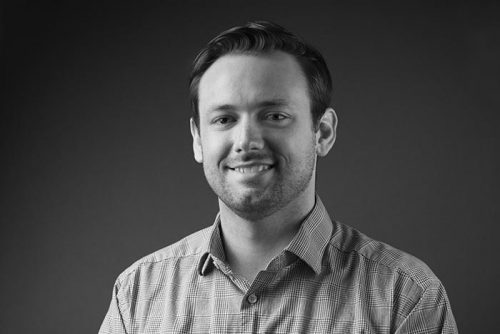 Few pieces of literature have stuck with me in the way that Stevie Smith’s “Not Waving but Drowning” has. It’s a lingering presence that’s always there to remind, whether consciously or otherwise — which is not dissimilar to the very subject of mental health in general. Every time I learn of another tragedy that seems incomprehensible, the poem’s final words come back to me again:

“I was much too far out all my life

And not waving but drowning.”

It’s how I felt about Robin Williams, a serial jokester for our eyes, who was not waving, but drowning. The stanzas surfaced again when my good friend from college, James, also died by suicide. He was one of the funniest people I’ve ever known, a person whose mere presence was a comfort to anyone he came in contact with. If I could have only recognized that he was not waving, but drowning …

The list goes on and on. Like many of you, mental health has impacted my life in a number of ways, and too often I found myself shelling off my own grief and afflictions, instances when I was not waving, but drowning. But during any bout of struggle, it’s OK to be honest with yourself and your peers, to seek help from those who are happy to help. That makes you strong, not weak.

Above all, the pages that follow are proof that a better tomorrow is always possible. Be it the story of a mother whose son died by suicide and then made it her mission henceforth to help other moms dealing with the same despair; recovering substance abuser who found religion and sobriety near his death bed and is now the mayor of Augusta; or a recently widowed mother of two, who has found peace and truth with her own mental health following the suicide of her late husband, after his years-long struggles with Parkinson’s.

Due to this ongoing pandemic, we are all closer than we’ve ever been on mental health. Let’s not take that for granted. Build each other up. Check in on yourself and your loved ones. You’re not alone.

Save a Vampire: Donate Blood This Halloween
October 28, 2022