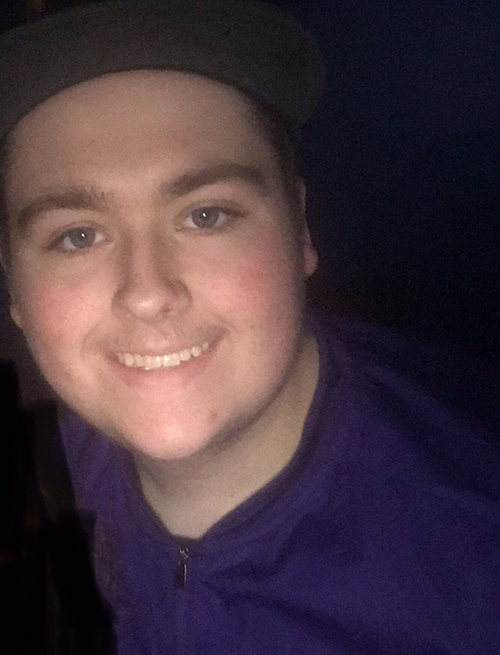 As a high school teenager, I witnessed a lot of depression and had experienced suicide.

Growing up in a small city that was growing into a bigger one, I became friends with a lot of people  from school. So, experiencing depression was something I would see every day at school. I also battled with depression when I was in high school. After witnessing all of the instances of depression and suicide, I realized that it could have been so easy for me to follow down the same path. But I didn’t.

Back in 10th grade, I was having a pretty good first half of the school year.

Things changed after the Christmas break in January 2016. That month would be the lowest point I’d experienced in my life. It started after witnessing the drug overdose of a family member, whose body began to shut down after taking strong painkillers that helped her sleep. These pills, unfortunately, were not hers to begin with. The reasons for why she did this are unknown and will remain unknown. That night will always be with me; I remember being told by God to walk into her room, and that’s when I saw all the color in her face had faded, and the area around her eyes was purple. It looked as though she had been severely beaten, but it was the effect of the drugs. We called 911 and had her rushed to the ER that night; she stayed two nights before she was transferred to a rehab center on the third.

When it comes to depression, it can be difficult to tell if someone has it. It’s like a shadow that just follows them until it starts telling them to do things like hurting themself or attempting suicide. From the incident that happened in January 2016, I learned that it’s not worth attempting to kill myself when times get hard or when I just want to give up. I learned that because I saw how it affected my whole family. It made me really upset, because my family member was in rehab and didn’t come back home until a month and a half after the incident.

The year 2016 was not the only time I saw or heard about suicide in my family. Later that year, we had a family member on my dad’s side of the family that ended up killing herself with a weapon. I was shocked because we had just visited, and she seemed all good and was acting normal. However we found out that she was struggling with depression from the loss of her father, who was my grandpa. This opened my eyes to a whole new aspect of life because I saw how it affected my father and how it affected my cousins. This incident ended up putting my dad on a bad path of life; he became a heavy drinker and stopped wanting to do things. He lost all motivation for doing anything that was fun or that he loved to do. With my help, he started to turn his life around. He began going to church with me, and I introduced him to my pastor. Later, he would have a couple of meetings with the pastor, that helped him cope.

I have been through a lot. I battled depression; I witnessed a suicide attempt; and I saw how it affects people around me and the person who tried to end it all. Being a teenager can be hard, but giving up is not an option. The whole point I’m trying to get at is that death is not the option, and I can always find a way out of depression and suicide. Giving up will never be the option; when times get hard I can always battle my way out of the situation. Church, friends, family or a mentor can always help me when it comes to depression or a hard time. Although it is difficult, opening up about the issues and struggles of life is a great way to help with depression and suicidal thoughts.

Depression and suicide are not games. I realize I only live once. There’s no respawn. And I can’t come back after taking my life. I would end up hurting my family and friends more than myself. Taking my own life instead of asking for help is not the answer. In the long run, I will appreciate people and life more when I reach out for help. My life is worth more than the price of a bullet, rope or pills. So is yours.

Editor’s Note: Charles Cadie Jr. wrote this while a freshman at Southern Arkansas University in Magnolia.