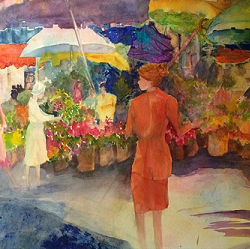 Things are looking golden for southern painters, especially for those working with watercolors.

On March 13, the Central Arkansas Library System’s Galleries at Library Square will host the Mid-Southern Watercolorists’ (MSW) 50th Annual Juried Exhibition. On this golden anniversary, the MSW received 134 entries from their members, thirty-nine of which will be on display.

Truly a banner year for watercolors, 2020 also marks the 50th anniversary of the MSW itself, marking its start in Little Rock during 1970. “Not only will we have this year’s juried artwork on display, we’ll also feature ten paintings created by our five founders,” says Kathy Kemp, president of MSW. 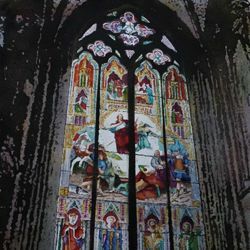 Nationally-renowned watercolorist Lynn Ferris will judge the thirty-nine entries she selected, giving away more than $5,000 in awards. “We have gold, silver and bronze awards. We also have a few other categories, including a newcomer’s award for the best first-time entry and rewards for our signature and diamond members,” says Kemp. “Lynn [Ferris] has a wonderful mastery of light and shadow, she’s truly a master of the craft.”

According to Kemp, Ferris brings an exacting and somewhat unconventional eye to the jury process. “She looks for design and composition, not wanting her opinion on the piece to get swayed by her personal feelings on the painting’s subject matter,” says Kemp. “If the painting emotes something within her, she does take that into consideration, but she also turns each piece upside down, so she can objectively determine the painter’s artistic ability.”

The exhibition will feature the work of painters from nine states and Japan, and every painting is for sale. The winners will be announced at 5:30 p.m. on March 13, followed by a public reception from 6:00 to 8:00 p.m. If you’re unable to make it to the gallery that Friday, don’t fret.