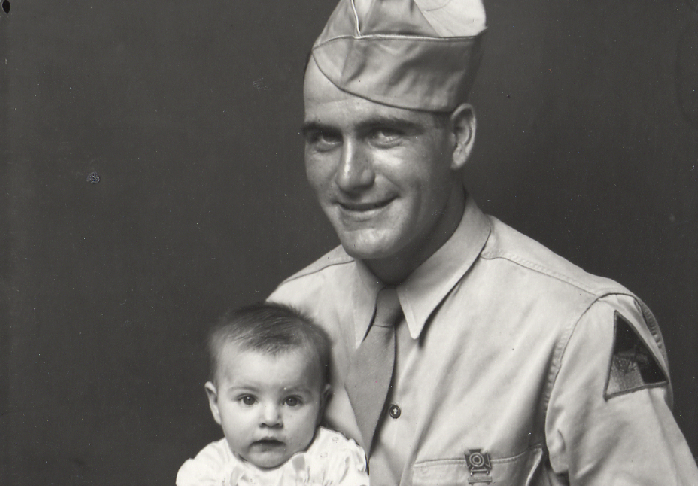 A number of artists whom Arkansas claims (at least partially) as its own really did most of their work outside the state.
By Mel White | Photographs provided by Peter Miller 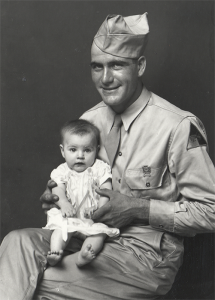 John Gould Fletcher, Maya Angelou, Johnny Cash, Carrol Cloar—they’re all among our notable folks who gained fame elsewhere (though in Cloar’s case, it was just across the Mississippi in Memphis).
Who created enduring work within the state? We could list architect Fay Jones, who reshaped American building design from his office in Fayetteville. Charles Portis shunned the spotlight in Little Rock but gained it anyway with True Grit, though he remains a “writer’s writer,” under-appreciated by the book-buying masses.

Some are heading off to war, some to date night at the picture show. This family will ride a wagon back to the farm to harvest crops, and this man is returning to the gas station to change the oil in somebody’s Plymouth. These kids can’t wait to get their church shoes off and go play.

And there’s also a photographer who spent his working life in Arkansas, producing images that hang in museums around the world, that sell for five figures, that have been analyzed in scholarly books, and that have been exhibited in prestigious galleries. His most famous work was done before and during World War II in his combination home-studio in Heber Springs, where he died in obscurity in 1959. The circumstances that allowed his photographs to survive at all border on the miraculous.
He’s the man who called himself Mike Disfarmer, though that’s not the name he was born with in Indiana in the 1880s. (His exact birth year is just one of the many mysteries involving his life.) He was born Mike Meyer, but later claimed that he was a kind of foundling, having been deposited on the Meyer family doorstep by a tornado. His name change, at age 54, and the fantastic backstory may well have been a seriocomic way to distance himself from agrarian roots and from relatives with whom he had feuded, after the family moved from Indiana to Arkansas when he was a boy. On the other hand, maybe Mike Disfarmer really believed in his stormy origin; the word enigmatic barely begins to describe his personality. 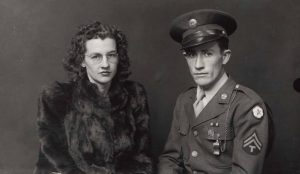 The circumstances that allowed his photographs to survive at all border on the miraculous.

Disfarmer took portrait-style photos of people in and around Heber Springs, where he had moved in 1914. His customers included those who dressed up and came to town in their Sunday best, and others who seem to have dropped in to his Main Street studio on a lark. For a time Disfarmer was the only photographer in the area, and business was brisk. He captured old married couples and infant siblings, soldiers in uniform and football players, a man showing off an enormous fish, bobby-soxer girls and young men trying to look tough. Disfarmer posed his subjects in front of a plain background and seemingly never asked them to say “Cheese” or think of fuzzy bunnies or anything else to elicit a contrived expression. His studio had soft natural light from a skyligh,t and he used glass-plate negatives; the combination gives the portraits a low-contrast style that, combined with the bare backdrop, distances the subjects from the real world and makes them even more pointedly the singular focus of our attention. 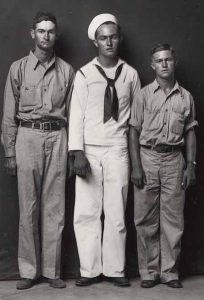 Look at Disfarmer’s photographs today, and consider his recent fame, and the question must arise: was he truly an artist, or are his evocative portraits the fortunate nexus of light and anachronistic technology and people whose faces were shaped by generations of hardscrabble lives? Or did Disfarmer tell them, “Stand there,” and then wait and wait until the definitive moment to press the shutter? And is recognizing that moment a kind of genius?
Unless someone finds a lost artistic statement, we will never know what Disfarmer truly thought about his work, the hundreds of contact prints he sold for 50 cents or less. A drinker who shunned church, he was considered odd at best by locals. He never married and although he lived in Heber Springs for 45 years, he had no close friends. A cliché says that by the age of 50 everyone gets the face that he or she deserves; the best-known photo of Disfarmer shows a man with the severity of a fire-and-brimstone country preacher tempered with the look of a man who might fix a kid’s bicycle out of kindness, or unexpectedly drop a Shakespeare quotation into a conversation. But it doesn’t answer the question of who Mike Disfarmer was. 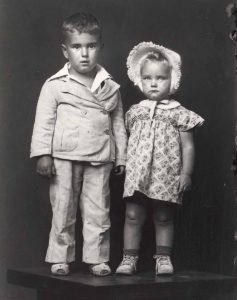 In 1959, neighbors found his body on the floor of his studio. He had been dead for several days. Some asserted that he had lived the last years of his life on ice cream and beer.
A local man bought the contents of the studio for five dollars and came close to throwing the negatives away. They sat untouched for years, until they came to the attention of Peter Miller, then a Heber Springs newspaper editor (later a prominent Little Rock lawyer), who had once worked in the New York fashion photography world. In a stroke of luck, Miller’s background made him one of the few people in the area with the experience and insight to recognize the distinction and import of Disfarmer’s portraits. Miller contacted the editor of a photography magazine in New York, who took immediate interest.
A book of Disfarmer’s work was published in 1976, and the following year he was honored with an exhibition at New York’s esteemed International Center of Photography. Since then there have been many other exhibitions, and his work has inspired plays, books, a documentary film, and even an album by jazz-folk guitarist Bill Frisell.
And now tornado-borne (and -born) Mike Disfarmer is famous, mentioned in the same discussions as Diane Arbus and Richard Avedon. We can see his work and marvel at the revelations of character on the faces of his subjects, people who—if you have spent time in the part of rural America populated by Scotch and Irish and English immigrants—you recognize at a glance and yet are meeting for the first time. 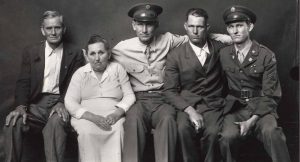 The circumstances that allowed his photographs to survive at all border on the miraculous.

“Hello,” you say, and some turn away shyly with barely a nod, while others say, “How d’you do?” and offer a hearty handshake. But all of them have places to go and things to do. Some are heading off to war, some to date night at the picture show. This family will ride a wagon back to the farm to harvest crops, and this man is returning to the gas station to change the oil in somebody’s Plymouth. These kids can’t wait to get their church shoes off and go play, and this Cleburne County Madonna needs to get her child to bed.
They all just stopped off at the studio on Main Street, where Mike Disfarmer—whether he intended to or not—made them an iconic part of America’s cultural heritage.