Lots of little girls enjoy dressing up and acting like a character in a film. Few grow up to be successful filmmakers in Hollywood like Bayou Bennett, who was raised in Eureka Springs and was about 7 years old when she and her friends started filming their performances.

Today, Bennett lives in Hollywood with her husband/co-director Daniel Lir, and their 6-year-old son, Jordan River Bennett-Lir. She has advanced to become a highly regarded filmmaker who has won dozens of national and international awards for her work. She recently received an award from the Warsi International Organization’s Global Women’s Award Academy, which acknowledges women around the world who are making a positive impact.

Bennett graduated from Eureka Springs High School in 1995 before moving to Fayetteville, where she got an undergraduate degree and then a Master of Fine Arts at the University of Arkansas. While she appreciated the artistic culture of Eureka Springs, she had her sights set on making it big in the entertainment world. After selling her car and art, she took a train to New York City, where she became a top professional dancer and then one of the youngest professors and first woman to teach in the media studies department at the prestigious Parsons New School. 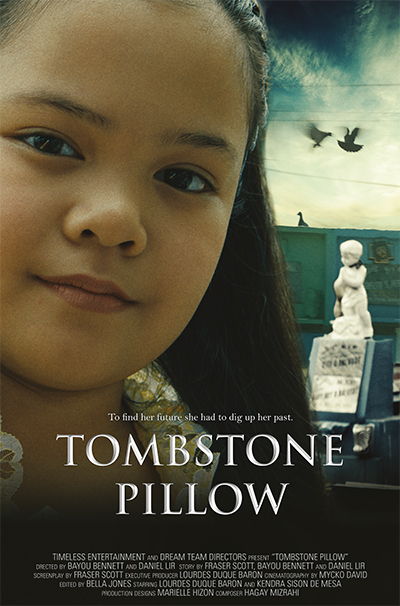 Bennett and Lir founded Dream Team Directors in 2007 and have now won about 50 awards at national and international film festivals, including 33 awards alone for their film Tombstone Pillow, which can be viewed on Amazon Prime Video.

The film is about a 9-year-old girl “who gives the Philippines’ wealthiest widow a tour of a graveyard thousands of poor people call home, where she discovers what real riches are.” The film embodies the couple’s passion for telling uplifting, feel-good stories.

Bennett moved into filmmaking after realizing that, as a dancer and teacher, she could only reach the people in a room.

“As a filmmaker, I can reach billions,” Bennett says. “My goal is to help people open their eyes and make a change. My intention is to uplift people by creating these beautiful films. I am lucky all the training I got from dancing allowed me to be the director I am. You have to use all the skills you have. You have to lead all the people in the crew. That is what I used to do in high school.”

Bennett was captain of the dance drill team in high school, which she founded.

“I think the opportunities that were given me there helped me realize I could do great things in bigger places, as well,” she says. “My mom was a teacher and sponsor of the drill team. She made me realize I could do anything from art to sports to music. I would go to Fayetteville to practice violin. I very much think Eureka gave me the core opportunities that most people would be surprised a small town could offer.”

She did an exchange program living in New Zealand during her junior year of high school, lived in Rome while working on her MFA, and taught filmmaking classes in Amman, the capital of Jordan.

“I realized I could take on any challenges,” Bennett says.

Bennett met her husband at a coffee shop in New York City. In addition to their independent films, they do work for high-profile brand clients and collaborators, including MTV, Coldplay, Atlantic Records, Chrome Hearts, Juliette Lewis, Lindsey Stirling and many more. They have had the opportunity to collaborate, direct and produce with talents including Oscar-nominee Mark Ruffalo, Golden Globe-nominee Anthony Mackie and the legendary Billy Idol, among others.

Women filmmakers are still a rarity, and Bennett has experienced prejudice from certain men. But she has not only made a name for herself, but she now works to mentor others. She ultimately wants to be remembered as a female director who encouraged other female artists. Bennett is passionate about inspiring other filmmakers to create positive and meaningful content and to realize they are important and can uplift society.

“Bayou is all about empowering women and positive affirmations,” says Bennett’s mother, Donna. “There are very few women filmmakers, and she has to work very hard to get published. I’ve never met anyone with the perseverance Bennett has. She was born like that. She just won’t give up. I’m so happy she is getting rewarded for all her hard work and hope it spreads to other women around the world.”

One of her first professional films was a documentary called Me, My Father and the Hurricane about her legendary musician father, Washboard Leo Thomas, who played with Bill Clinton in a band called the Greasy Greens. Hillary Clinton invited the Greasy Greens to play on the White House lawn for his birthday when Bill was president. That film ended up doing well at the Hot Springs Documentary Film Festival. That was when Bennett realized she had something as a filmmaker. From that, she co-wrote Text Me, which was before texting became a big thing, which ended up in 15 film festivals and went viral on YouTube. It was shown in Times Square in New York City, and was featured in Seventeen, Teen Vogue and New York Press.

“After that, I told my husband we needed to move to Hollywood,” she says. “We’ve been doing film work here in Hollywood now for 13 years.”

Another early project was LA Aboriginals about artist Dave Tourjé, which was the official selection of 26 film festivals worldwide and led to a whole artistic movement called California Locos featuring artists such as Mr. Cartoon, Shepard Fairey and Chaz Bojorquez.

“It was inspiring,” Bennett says. “It brought awareness there could be different types of art. He and his friend did street art, but it was high art. Then my next big break occurred while working on a Doctors Without Borders documentary in the Philippines. I noticed there were 6,000 families living in a cemetery and decided we had to bring awareness to it.”

As a result, she co-directed Tombstone Pillow, which came out during the pandemic and took off.

“It is heartwarming,” Bennett says. “A rich woman finds the real riches are helping someone.” 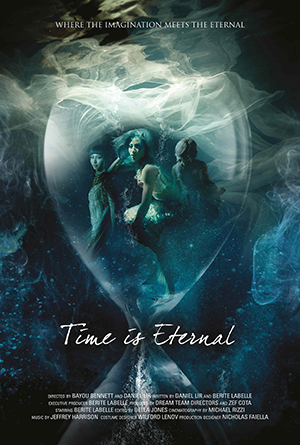 Another “dream come true” for her was co-directing Time is Eternal after being approached by rising star actress and model Berite Labelle, who wanted to do a film with them about Cleopatra and Mary Wollstonecraft, a women’s rights advocate who lived in the 1700s.

“It was one of my favorite films to do,” she says. “It is a very Eureka film in a way because I created such a fantasy world. It is about the power of women across history and the imagination.”

That film has been nominated for 10 awards, including best director, costuming, best actor and best cinematography at one of the top film festivals in the world, the La Jolla International Fashion Film Festival in June.

“I want audiences to be overwhelmed with beauty and brought into a world of magic and inspiration, resulting in them forgetting all their troubles and all we have been through as a human race in the last two years,” Bennett says. 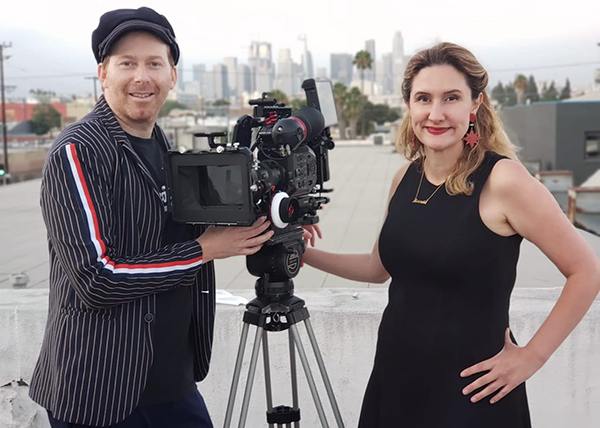 Bennett and Lir are currently finishing a documentary, Destination Angels, executive produced by Dru DeCaro, which is being done in conjunction with the estate of novelist Jack Kerouac, who wrote On the Road and other hits during the 1960s. The documentary follows a group of musicians who retrace Kerouac’s footsteps and make music based on travel. The film just got accepted to a festival in Cannes, France, and is being developed into a TV series.

“It is a story about sobriety, overcoming childhood trauma, and it is about music,” Bennett says.

Bennett and Lir go against the grain in Hollywood that lean toward action and horror films. Their positive messages about social change are very important to them.

“It has been an amazing journey to reach our dreams together as a couple in love,” Bennett says. “To me, it was important to have someone as driven as I was, artistic, and someone wanting to make change.”